Three judges of the 9th Circuit, each with a prosecutorial background, reinstated death penalty in California - as a matter of whim

In July of 2014 the United States District Court for the Central District of California, Judge Cormac J. Carney, has declared post-conviction death penalty procedure in California unconstitutional as being in violation of the 8th Amendment's prohibition on cruel and unusual punishment.

You can read the decision of Judge Carney here, and an 18-page supplement to the decision here.  The supplement shows the length of time the death row inmates are waiting for review of their cases. 30+ years is not an infrequent figure in the supplement.

Today, three judges of the U.S. Court of Appeals for the 9th Circuit, as a matter of "discretion" (they had an option to agree with Judge Carney or not to agree) disagreed with Judge Carney, on procedural grounds only, and reversed his decision, thus reinstating the death penalty in California.

The names of these judges are:

Judge Graber is 66 years old, graduated from two privileged schools, Wellesley College in 1969 and Yale Law School in 1972 and has a prosecutorial background.

Judge Graber is a white female.

Judge Rawlinson is 63 and has a prosecutorial background. 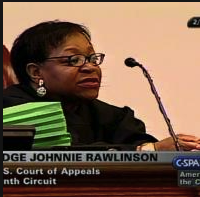 Judge Watford was a law clerk to the "movies-with-booze-in-the-federal courthouse" Judge Kozinski, and also has a prosecutorial background. 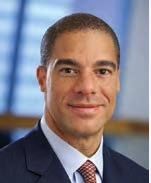 I wrote today about election by fraud of an African American judge Christina Ryba in New York.

I wrote on this blog about election of a female judge Lisa Fisher (Greene County Supreme Court, NY) and of a female homosexual judge Elizabeth Garry (Appellate Division 3rd Department), in the same State of New York.

Those elections were heralded as proclaiming "diversity on the bench".

We have diversity here.

And, this diverse panel uniformly refused to do its duty and review a federal constitutional claim presented to them by the death inmate.

This diverse panel refused to even look whether the State of California is, indeed, violating constitutional prohibition of cruel and unusual punishment in how it handles post-conviction death penalty procedures (that same "exhaustion of state remedies" that Judge Watford cited as a reason of his rejection of a federal constitutional claim that he was sworn to review).

The summary of the decision (you can read the full text of the decision here) where three judges refused to consider "novel" constitutional issues raised on an appeal from a death penalty habeas corpus petition, is contained in three short paragraphs:

Note in the first paragraph that judges had "discretion" (option) to deny the claim on procedural grounds.  So, it was really a matter of judge's choice whether to let death penalty in a huge state to be reinstated or not.

In my legal opinion, judges should not be given discretion to decide issues of such a momentous impact upon people's life or death.

The "choice" of two judges to refuse to reach the merits of the constitutional claim and reverse it without review of the merits was based on a case Teague v Lane, "imposing" a bar invented by the U.S. Supreme Court, and not contained in the statute, meaning, an unconstitutional bar.

I already wrote on this blog many times that Article VI Paragraph 2 of the U.S. Constitution, the so-called Supremacy Clause, does not include U.S. Supreme Court decisions, so Teague v Lane was not "discretionary", it was an unconstitutional bar to a constitutional review on the merits.

Yet, two judges decided that the death penalty inmate, and all other death row inmates in the State of California, are not entitled to a review of cruel and inhuman punishment issue - because of the "Teague v Lane" bar allegedly giving federal courts an option to deny review of "novel constitutional issues" in a habeas corpus petition from a death penalty case, and because the death penalty inmate allegedly did not exhaust all state remedies in the state that wants to use a cruel and unusual system of punishment in order to kill him - because of these reasons that are completely irrelevant to the issue that any federal court had an obligation to review, constitutionality of state law and of state government's action.

So, on procedural grounds and because of the choice or whim of three people in power, the death penalty in the huge State of California was, as of today, re-established.

And that decision alone should show that the death penalty as a mode of punishment should go where it belongs, into the garbage.

The life or death of the tens of people should not be decided as a matter of "discretion", choice, option or, let's face it, whim of three people in power.

Look at these three smiling faces.

These are the faces of the cruel and unusual punishment.

These are the faces of horrible and cruel death.

There is a ray of hope though for the death penalty claimant here.

Discretion that the three-judge panel cited belongs to the TRIAL court, not to the appellate court.

The ONLY standard of review that the 3-judge appellate panel could use was "abuse of discretion" by Judge Carney.

You will not find these words in the decision of the 9th Circuit.  The mandatory appellate review standard was not used.

Instead, the 3 judges, all with prosecutorial backgrounds, decided to USURP Judge Carney's discretion in reinstating the death penalty in the State of California on their whims, without following the required standard of review on appeal.

For that reason alone, the U.S. Supreme Court should take this case - and reverse it again, reinstating the discretionary decision of Judge Carney.

Once again, the discretion was already exercised - by Judge Carney.
No more discretion is allowed on appellate review.

This is Judge Cormac J. Carney - the face of life. 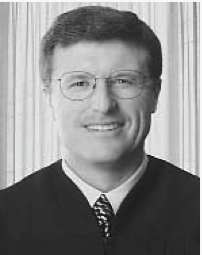 Posted by Tatiana Neroni at 3:18 PM