A few options were suggested.

2. "Re-educate" them - in camps, if necessary, after the compassionate Democrats drag you "from under your rocks" (see scans below).  And to start doing it right now, because "vulnerability is a powerful window" - you know how crooks and cult leaders are usually luring people who are in grief? That's how "Trumpsters" are going to be re-educated by the noble, educated and smart (after Biden supposedly "won" - which he did not, just read the 12th Amendment).  They are relieved now and they are planning how to clean America of over 70 million Americans who dared to vote for their political opponent.

Anyway, "Trumpsters'" "thinking MUST change".  And, they need to put their clever heads together as to how to accomplish this feat.

Even though "Trumpsters" are usually dumb and gun-happy people who do not see "great intentions" in attempts to "re-educate" them.

3. Just send Trump supporters to "GULAG" - without any "re-education".

4. Turn them into "renewable energy".  Just like Hitler did with Jews and Russians, remember? Cremation - and phew! - no Trumpsters around.

Authentic scans of Democrats' discussions personally collected by the author off Facebook today.  The conversation was happening this past weekend, when Democrats have just learned that CNN has picked the next US President. Which they consider totally legit, 12th Amendment notwithstanding.  Remember, they are the "educated" and "smart" ones.

1. a Russian American - on political grounds, and of

That is the same bunch that vulgarly and relentlessly has been bashing Trump, his family members (including his minor son) and anybody who would support Trump politically or personally - in the worst gutter language possible.

Now they are magnanimously planning to "save America" and re-educate Trump supporters - just like China is doing, possibly, with its political dissidents.

This is America today. 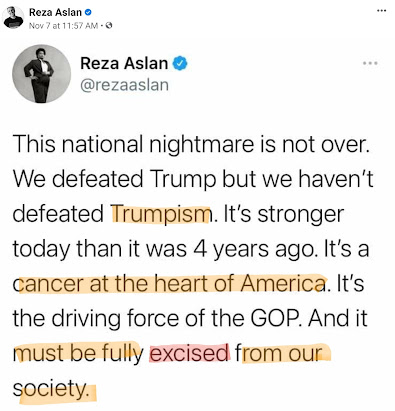 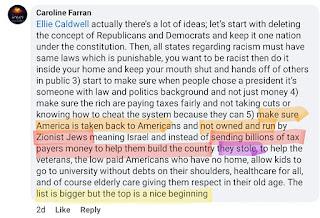 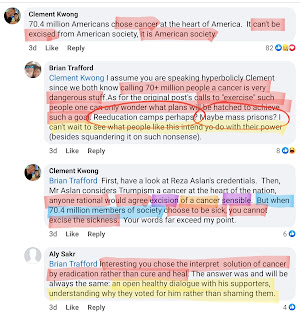 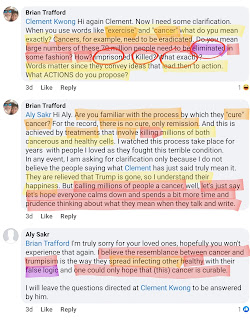 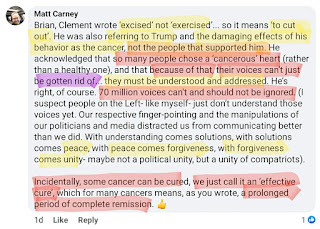 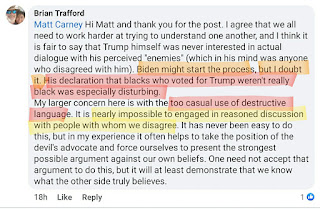 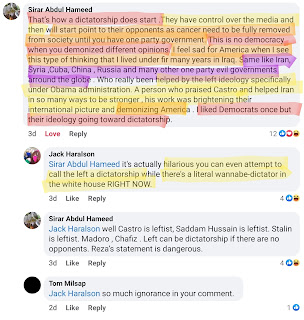 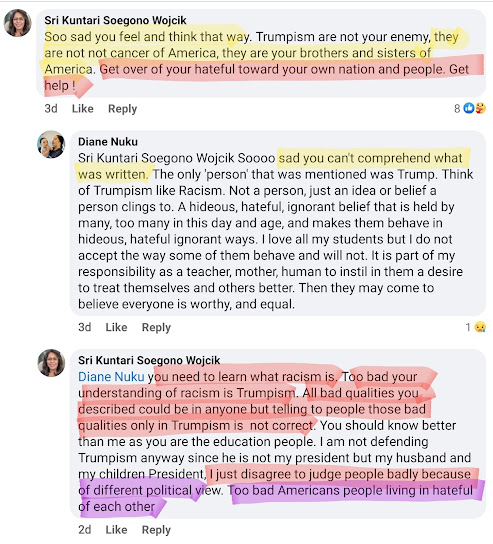 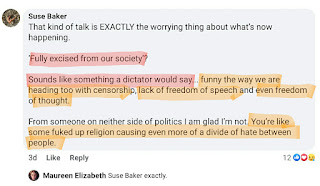 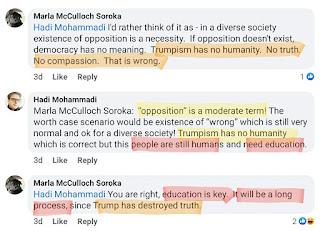 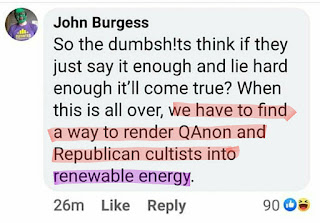 So, my Republican friends, just know what's coming if Biden is to win.

Or "excising" you, like cancer, from the American society - or camps/GULAG (there is already a legal basis for it, Korematsu v United States where putting American citizens based on their ethnic origin into concentration camps in the US was considered constitutional by the US Supreme Court).

Or turning you in the "renewable energy".

The "Green New Deal", you know.

Posted by Tatiana Neroni at 4:32 PM No comments: