There is no selective enforcement of attorney disciplinary rules in New York. Right?

In the three "public" hearings before the New York Statewide Commission for Attorney Discipline, that were held in Albany, Buffalo and New York City at the end of July - beginning of August this year, members of the Commission ardently argued with witnesses who were claiming that attorney disciplinary process is corrupt and is designed to target judicial whistleblowers and protect high-ranking attorneys from accountability.

Yet, here are two scans from New York attorney registration website that will prove that selective non enforcement of attorney discipline in New York is a reality. 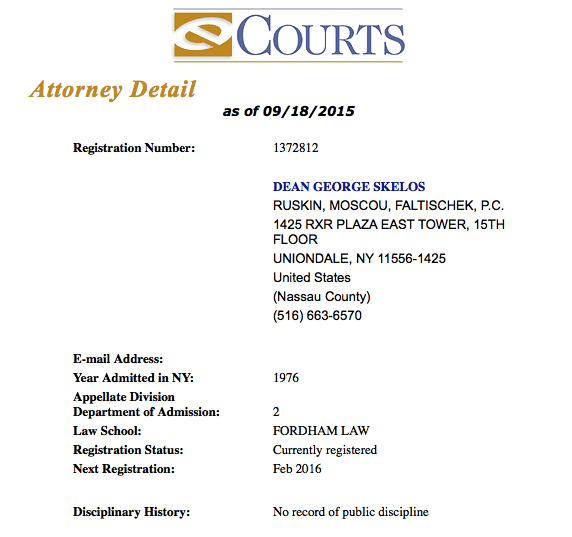 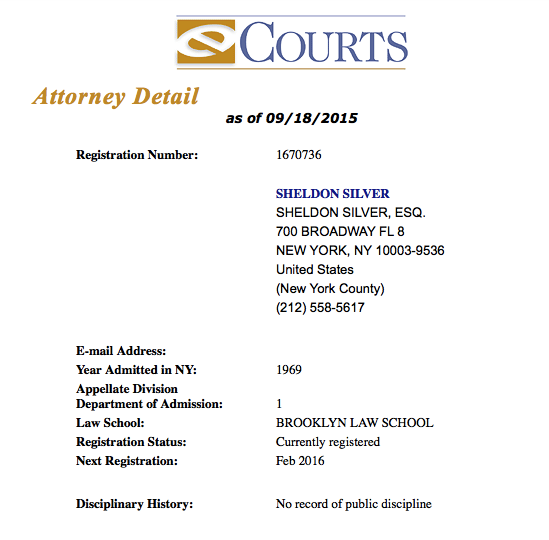 Attorneys disciplined in New York, especially the whistleblowers against judicial misconduct get suspended and disbarred all the time.

The burden of proof for such a suspension or disbarment is extremely low - by preponderance of the evidence.

None of them lost their license.

None of them was even censured - even though there was enough time since federal felony indictments for corruption as to each one of them, to commence and bring to conclusion a disciplinary prosecution.

Are committees waiting for these two former giants to rebound and are afraid of retaliation from their still powerful friends, should they commence investigations and prosecutions?

Then, the should not pull wool over the eyes of the public pretending that selective enforcement of attorney discipline in New York does not exist.

To illustrate the point even further, here is yet another scan of a formerly powerful New York Senator - John L. Sampson, head of the Judiciary Committee: 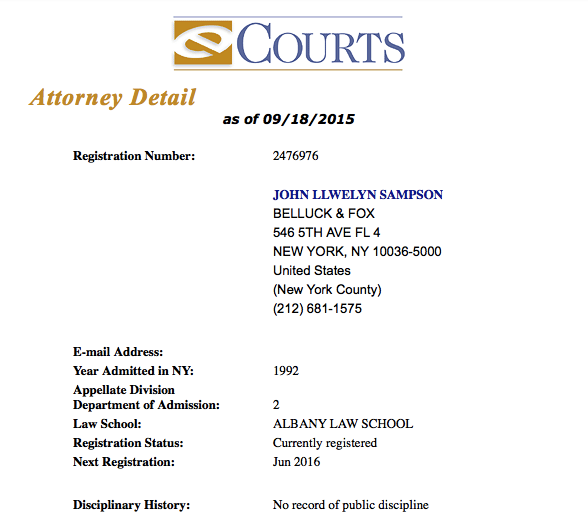 Coincidentally because the recently indicted Sheldon Silver also provided services - and was charged for corruption in relation to those services - to yet another asbestos law firm.

The interesting fact about former Senator Simpson and his successful employment with a powerful and rich law firm - and having no record of public discipline - is that Senator Simpson, as of July 25, 2015, has been convicted of THREE felony counts - one count of obstruction of justice and two counts of making false statements to federal agents.

Conviction for a felony is grounds in New York for AUTOMATIC disbarment.

It is certainly not advisable for a law firm to have on board as their attorney a convicted felon.

Yet, as of today, nearly 2 months after his felony conviction that should have led to automatic disbarment, former Senator Sampson, a convicted felon, "enjoys" employment at a powerful and rich law firm - and no public discipline.

As one of the witnesses at the NYC public hearing before the Statewide Commission for Attorney Discipline said:

it is time to stop mocking the public by pretending that the committees do not see the elephant in the room - their own corruption.