Bruce Maxson is one of the Otsego County Public Defenders. 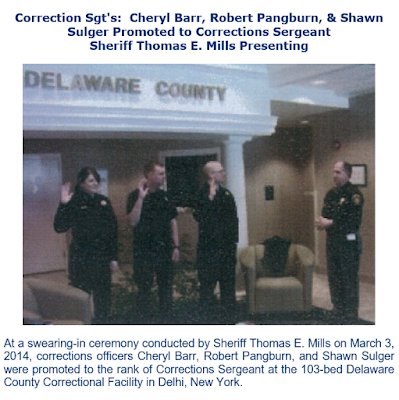 Maria Kelso is the Chairwoman of the Delaware County Republican Committee. 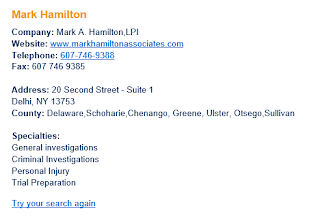 Christa Schafer is the Secretary of Delaware County Board of Supervisors.

Arnold Weiss was a member of SUNY Delhi College Council together with Porter Kirkwood.

Bruce Dolph is the Town Supervisor of the Town of Walton and member of Delaware County Board of Supervisors.

Mark Tuthill is the Town Supervisor of the Town of Delhi and a member of Delaware County Board of Supervisors.

John Vickers is or recently was, as the scan above shows, a Division Chief of Western Operations of the NYC DEP.

Kurt Holcherr is a member of the Zoning Board of Appeals of the Town of Middletown.

Carl J. Mugglin is a retired appellate judge and a supporter of Carl Becker, the former County judge. 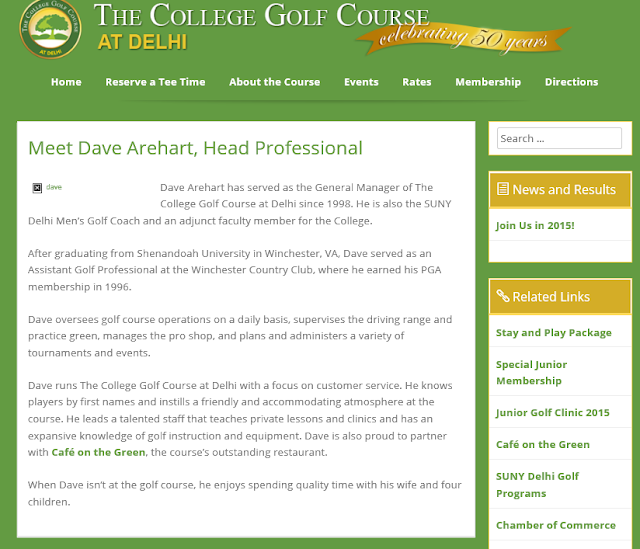 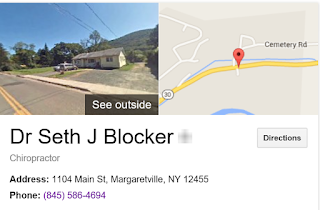 Linda Blocker is a visiting instructor in SUNY Delhi.

Seth Blocker is a chiropractor who testified as a source of information for Delaware County Department of Social Services against his own former patient who stopped using Dr. Blocker's services and gave evidence to investigation against Dr. Blocker for certain authorities.

I will next provide information about contributions to Porter Kirkwood's campaign finance from wealthy professionals, business people and landowners.

Yet, I can say already now that people who are financially supporting Porter Kirkwood in his judicial election campaign are not the same people who are going to appear in front of him in Family Court, but people who may look for future benefits from Porter Kirkwood in some commercial or negligence litigation in the Supreme Court, since County/Family Court judges are always appointed as Acting Supreme Court justices.

And the fact that mostly rich people support Porter Kirkwood is a matter of concern.