I have written about outrageous misbehavior of disciplinary referee Sirkin in the previous blog, who, instead of holding a hearing as order of him by two court orders - of September 30, 2014 and of December 8, 2014 and report to the court findings of fact, so that the court would make a decision whether I did or did not commit attorney misconduct, referee Sirkin flaunted that court order and made that decision himself - without conducting ANY hearings whatsoever. 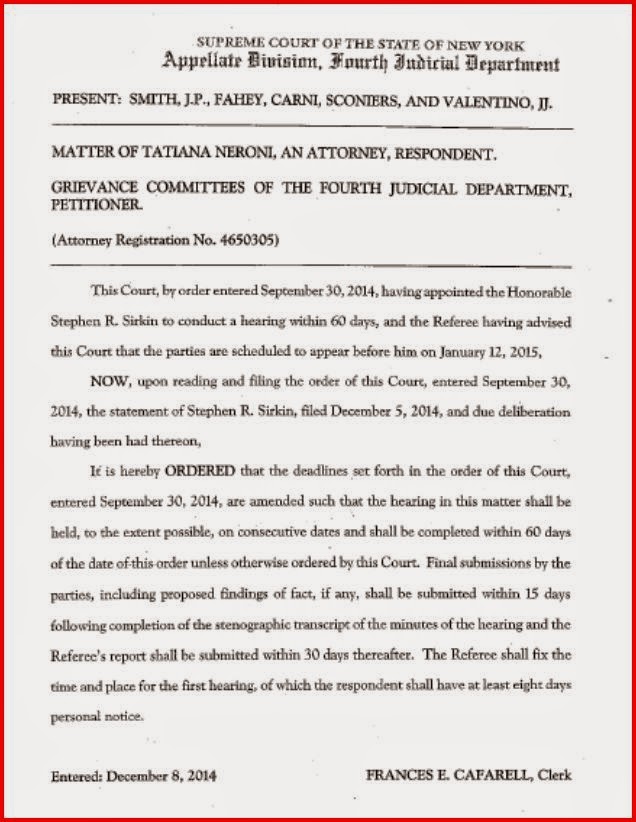 Here is my tentative list of witnesses (that I was not allowed to present to Sirkin because he "granted the motion" instead of holding a scheduling conference for a hearing ordered by the court), where many prominent attorneys, county and state officials, social workers, judges, judge's friends and attorneys for judge's friends, as well as every one of the members of the attorney disciplinary committees prosecuting me were going to be called as hostile witnesses (New York allows to impeach your own witness if there is a written statement by that witness contrary to what the witness is testifying to, and I had such statements). 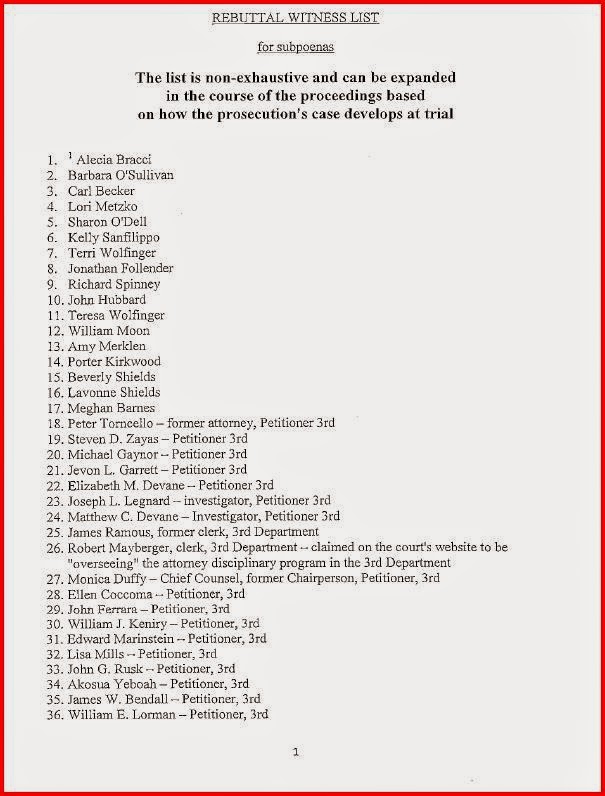 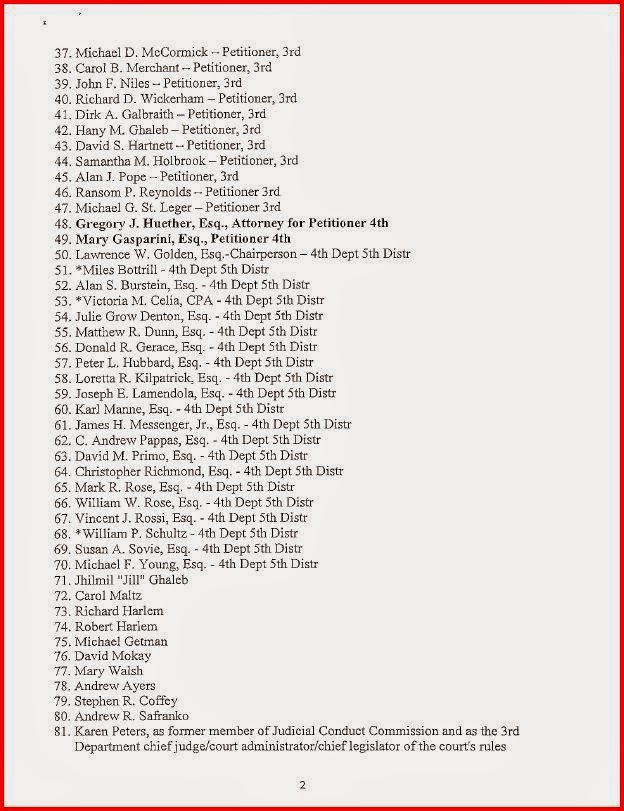 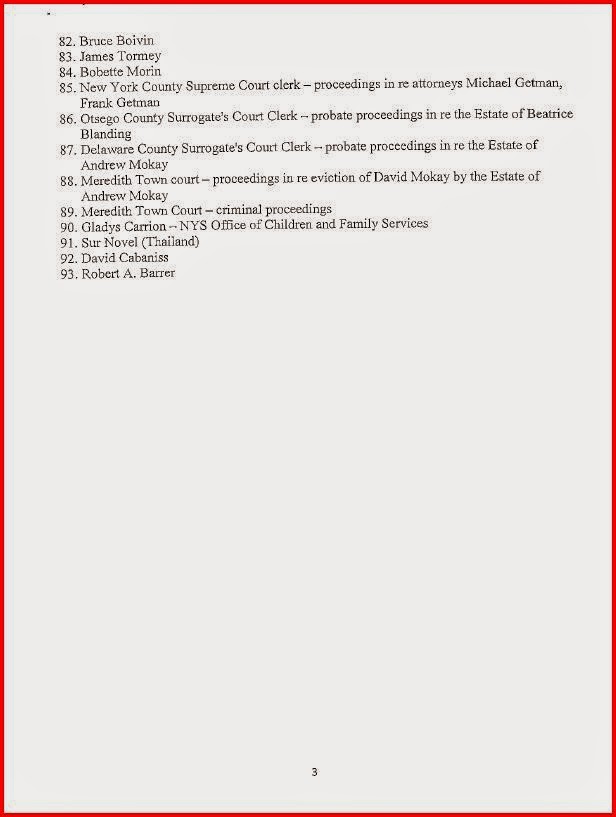 Here is the list of public records I was going to subpoena on my rebuttal case (records of social services and NYS Office of Children and Family services would have provided clear evidence that Judge Becker was disqualified from presiding over Alecia Bracci and Barbara O'Sullivan's proceedings by his extrajudicial knowledge - and misconduct - at the time he was an attorney, before he became a judge).

I also wanted to subpoena relevant court records that my prosecution never read and put into the court outrageously false statements because they never read the records properly, and relevant records of the court escrow funds that prosecution never sought before fraudulently claiming that I did not pay the sanctions imposed upon me by Judge Becker after I sued him. 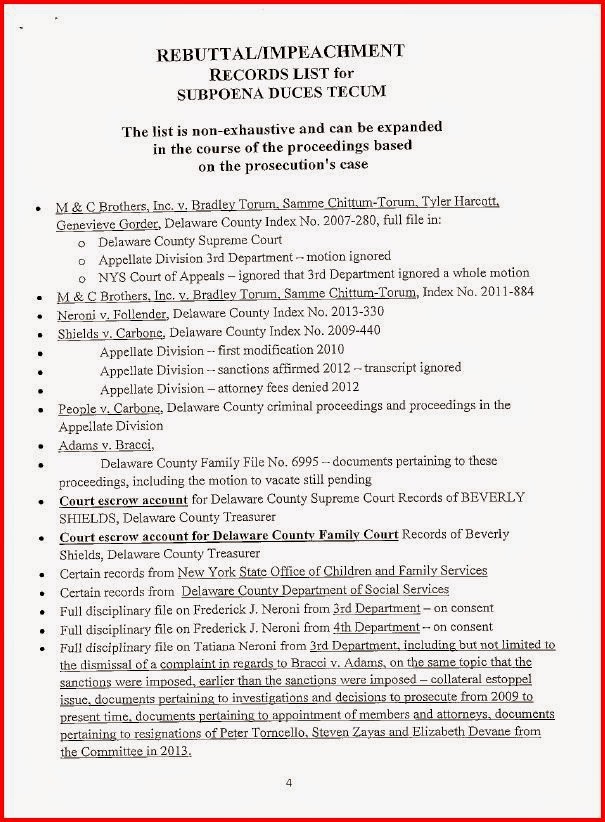 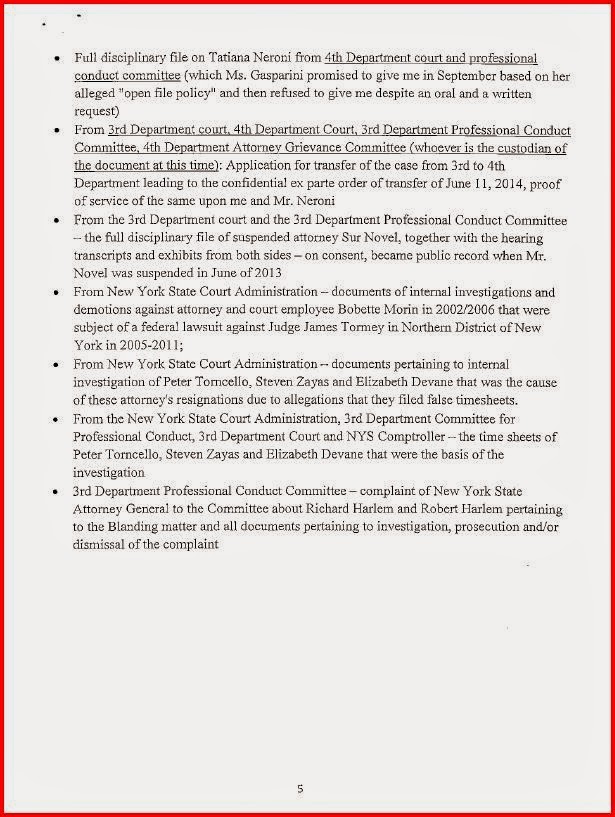 Here are the list of issues that I was going to raise today and that I was never allowed to raise - because Sirkin "granted the motion" to the prosecution instead of doing his job.

Don't get me wrong, when I raise issues of how to subpoena witnesses and records, I do not seek legal advice from the referee.

The reason I am asking is - I wrote about it in my previous blog - there is no procedural device in attorney disciplinary proceedings allowing subpoenas of witnesses and records, and there are no rules addressing applicability of normal evidentiary rules to such proceedings, while a recent survey by the New York State bar association singles out NYS Appellate Division 4th Department as having no subpoena rules in attorney disciplinary proceedings, no discovery rights and no evidentiary rules during such proceedings.

As an experienced trial attorney, I am entitled to know before the hearing commenced - what rules are applicable if no rules are announced?

I will post the audio recording of my conversation today with Referee Sirkin (in the presence of the prosecutor Mary Gasparini, I was appearing by phone) where Referee Sirkin deflects my questions as to how subpoenas of witnesses will be handled by claiming I am asking him for a legal advice, I am an attorney and I should know how to do legal work.  I am an attorney and I know my business, only there are no rules applicable to how to do my business in attorney disciplinary proceedings, and that's why I asked the referee - what rules will he apply when there are no rules?

Here are the issues I wanted to raise at the pre-trial scheduling conference: 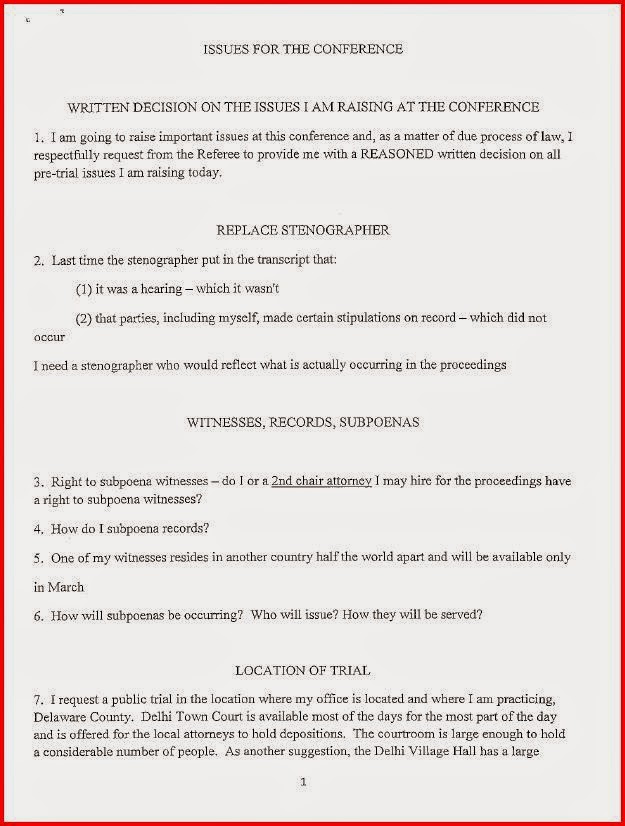 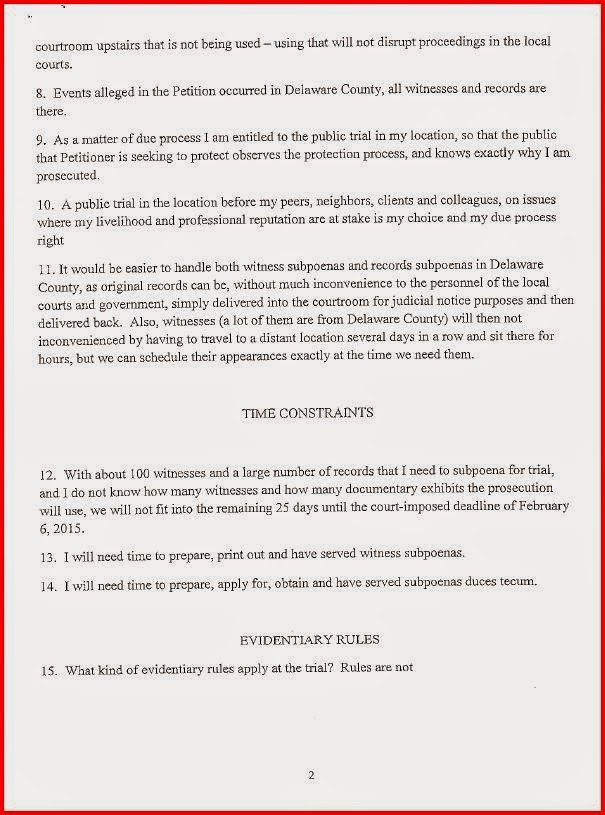 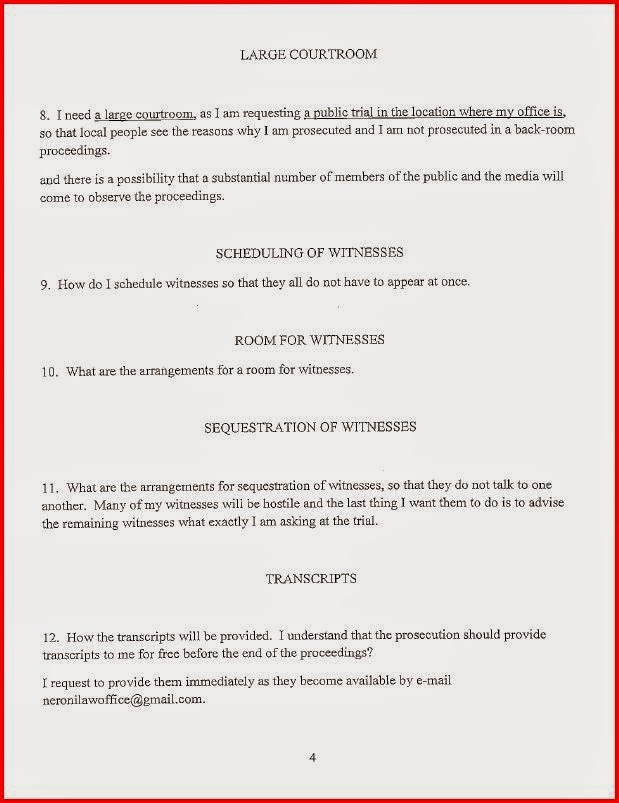 As you understand, it would have been a very interesting hearing if I was given a true due process opportunity to show to the Delaware County public (where I reside and have my law office), why exactly I am prosecuted by the disciplinary commission, and how exactly crooked the local and state judiciary system and certain individual judges and attorneys are.

But - referee Sirkin got scared to allow the public to see how he is protecting the public from me.

I hope the the NYS Court of Appeals and the U.S. Supreme Court would accept this outrageous and unlawful case for review.

Even if they do not and even if my law license is taken - I reflected enough in my blog for the public to see that it was taken in the most crooked fashion, which suggest the most crooked motives of those who have taken it.
Posted by Tatiana Neroni at 9:40 AM