The elusive decision of Referee Sirkin


The game of smoke and mirrors continues.

As I wrote on this blog, Mary Gasparini attempted to bring a criminal proceeding within a civil case, by "making a motion for criminal contempt" against me, see my previous posts today, with documentary evidence in them.

I wrote earlier on this blog that Referee Sirkin announced to me on January 12, 2015 that he allegedly "granted a motion" to the prosecution, while

Referee Sirkin promised me to provide his written decision about "granting the motion" to the prosecution during that same January 12, 2015 telephone call, but never got around to send that decision to me.

Yet, in the transcript of the hearing that Mary Gasparini filed in support of her "criminal" charges against me, there appears a curious last page, "Exhibits".

And as an "Exhibit" there appears a "Decision (5 pages)". 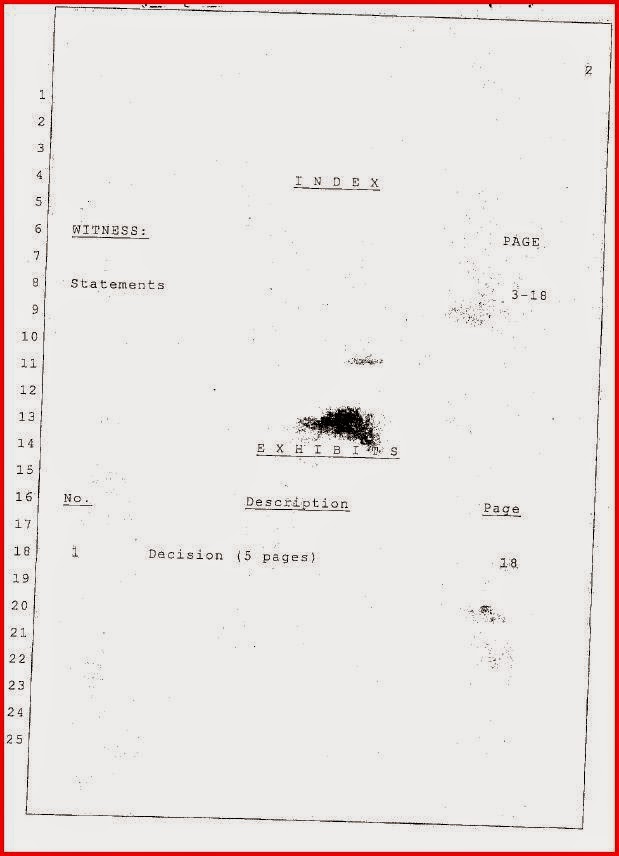 Mary Gasparini, as an attorney with many years of experience, must know that admission of an "exhibit" at a "hearing" must be reflected in the record, and any exhibit should be first shown to all parties before being admitted.

You will search the transcript of the pre-trial conference in vain to try to find the place where the "exhibit" (Decision, 5 pages) was offered for my review in any way, and where it was described and admitted into the record.

This "Decision, 5 pages" is consistently hidden from me, same as the alleged "open file" that Gasparini first welcomed me to and then refused to show me.

Yet, a supposedly court decision on liability against me must be at least shown to me, shouldn't it?

What is so bad in that Decision that Mary Gasparini and Referee Sirkin are continuously hiding it from the very person whom the Decision concerns?