Just got a personal delivery from a "judicial courier"  Carol Howard of the following correspondence from my disciplinary prosecutor Mary Gasparini.

There was no fax path on top of the letter, so I presume Ms. Gasparini has faxed her "confidential" letter to the local courthouse and unsealed the proceeding.  But - Ms. Gasparini can do it, I can't.

First, Ms. Gasparini, in her today's letter attempted to insinuate that I lied to Referee Sirkin claiming that I did not receive any faxes from her or from the Appellate Division 4th Department. 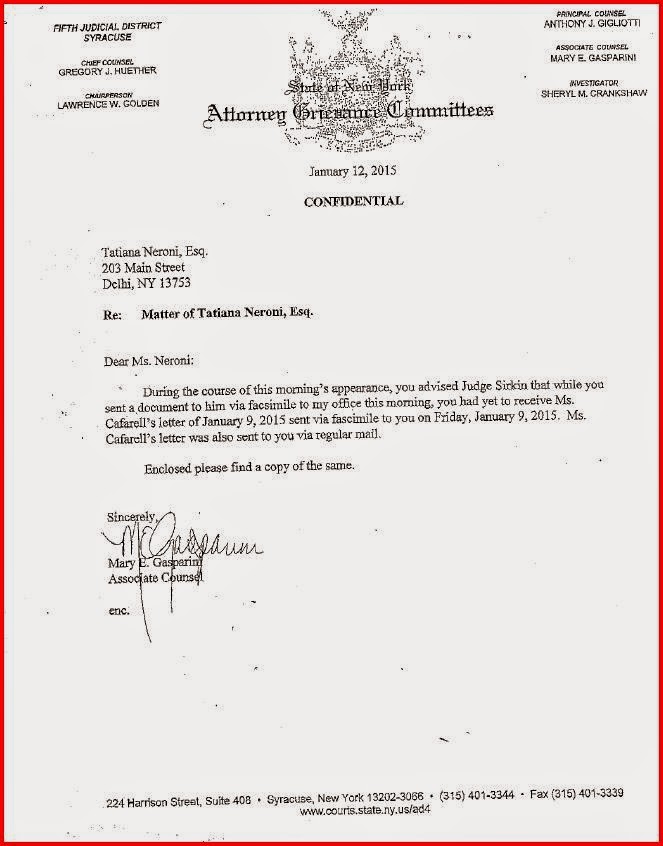 Apparently, in Ms. Gasparini's view, if I could fax my letter to Referee Sirkin this morning, I lied that my fax machine did not receive anything from her or the court.

Yet, Ms. Gasparini has received numerous letters from me, with the letterheads clearly stating that the fax number that is shown on my letterhead is "not for service".

Fax transmissions can also be lost, garbled, and you can be "presumed to have been served" while you have in fact received no transmission.

I would love to see the transmission report from the 4th Department court showing that their alleged fax transmission of January 9, 2015 got through to my SWITCHED OFF AND UNPLUGGED fax machine, but I know that I will never get it.

Ms. Gasparini included with her letter hinting that I lied to Referee Sirkin the letter from the 4th Department Court dated January 9, 2015 that was allegedly faxed to my unplugged fax machine. 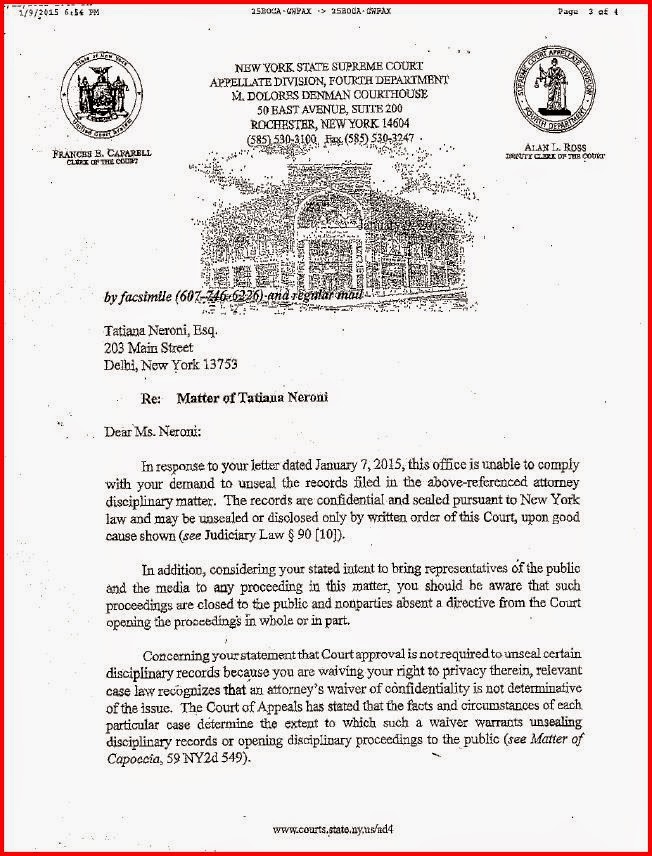 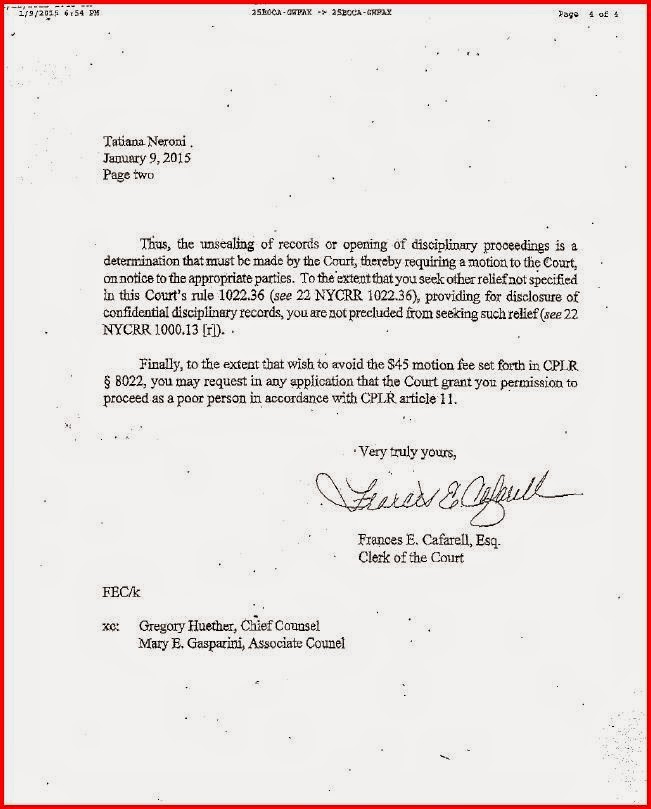 In this wonderful letter, the clerk of the Appellate Division 4th Judicial Department advises me that I will not be allowed to have the public and the media come to my proceedings unless I make a motion to the court and ask for the court's permission to do that.

Obviously, the court does not recognize an attorney's due process right to have the proceedings open to the public and the media "as of right", without any necessity to seek court's "permission" or give the court reasons why opening my disciplinary proceedings should be permitted.

Imagine that a criminal defendant has to make a motion to the court asking the court to graciously allow him or her to have his or her proceedings open to the public.

The stigma and loss of rights associated with attorney disciplinary proceedings is comparable to the criminal proceedings, to the point that the U.S. Supreme Court repeatedly recognized such proceedings as "quasi-criminal" in nature.

Well, I guess I will have to contest constitutionality of the court's actions in other forums.

Also, since Referee Sirkin denied me the right to a public hearing before I had the opportunity to react or file a motion to the Appellate Division (while the Appellate Division gave me a deadline to make such a motion, in the previous letter, by February 6, 2015), the question that I was denied my rights to a public hearing on issues of liability remains open.
Posted by Tatiana Neroni at 11:32 AM