Criminal proceedings in New York are open to the public. Or are they in the 4th Department when such proceedings will necessarily involve exposure of its own misconduct that the court wants to hide?


This is what I received from my disciplinary prosecutor Mary Gasparini today - she commenced a criminal proceeding against me within the civil disciplinary proceeding for allegedly violating a court order that I am not even allowed to reveal (or am I - since proceedings are now criminal and thus open to the public?).  1st year law students and other readers, please note that the caption does not say "People of the State of New York v. Tatiana Neroni, Defendant", as it must say in criminal proceedings in the State of New York. 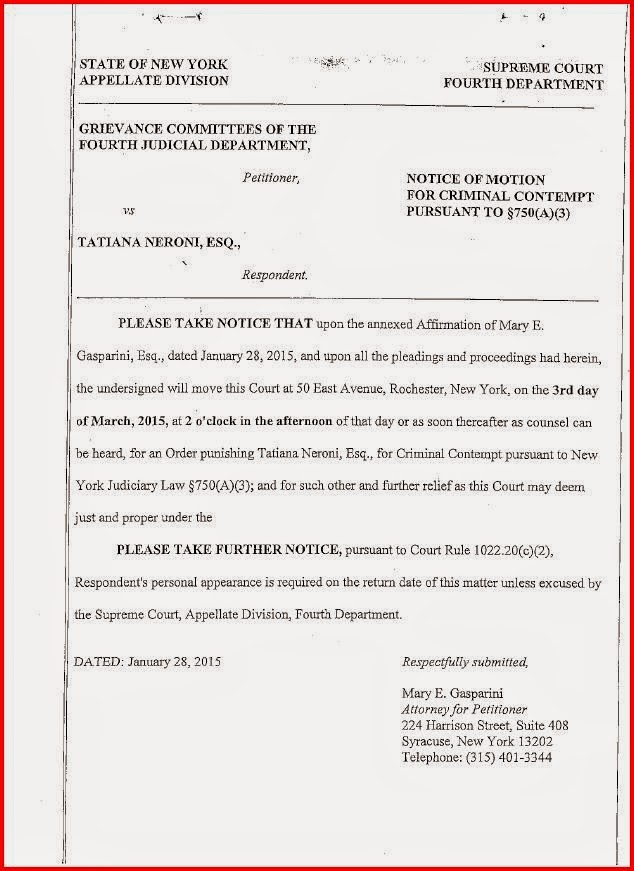 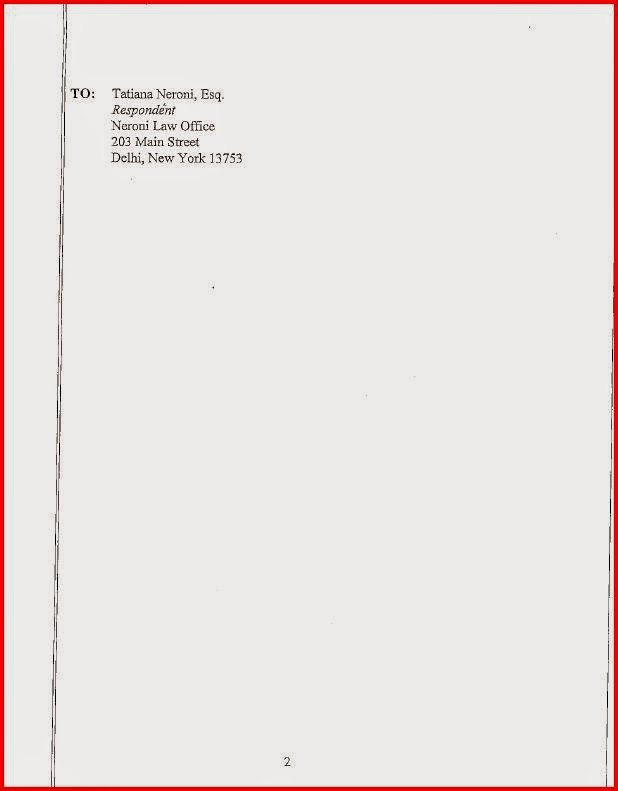 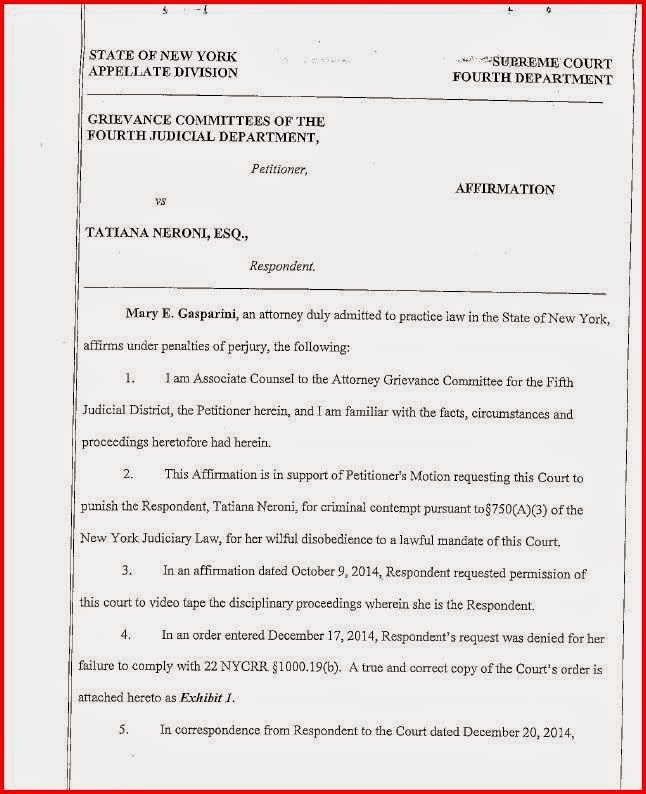 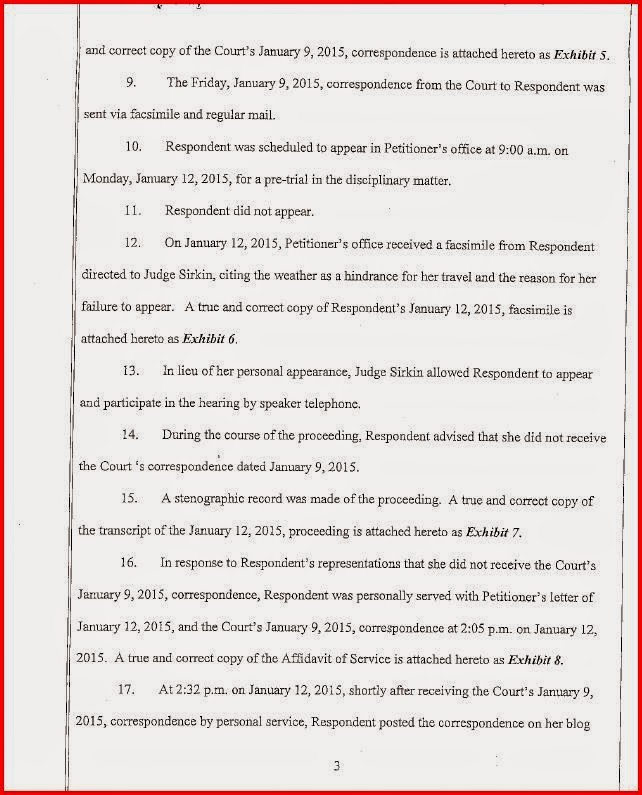 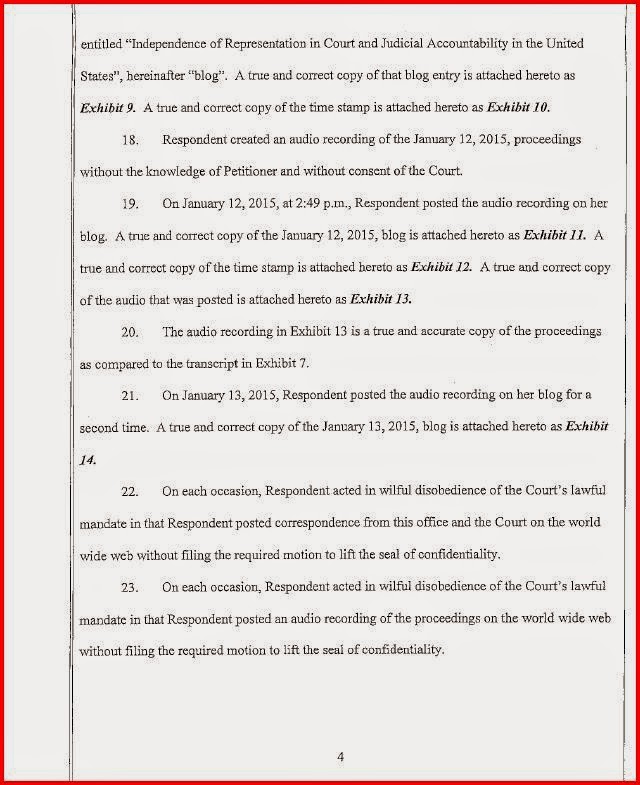 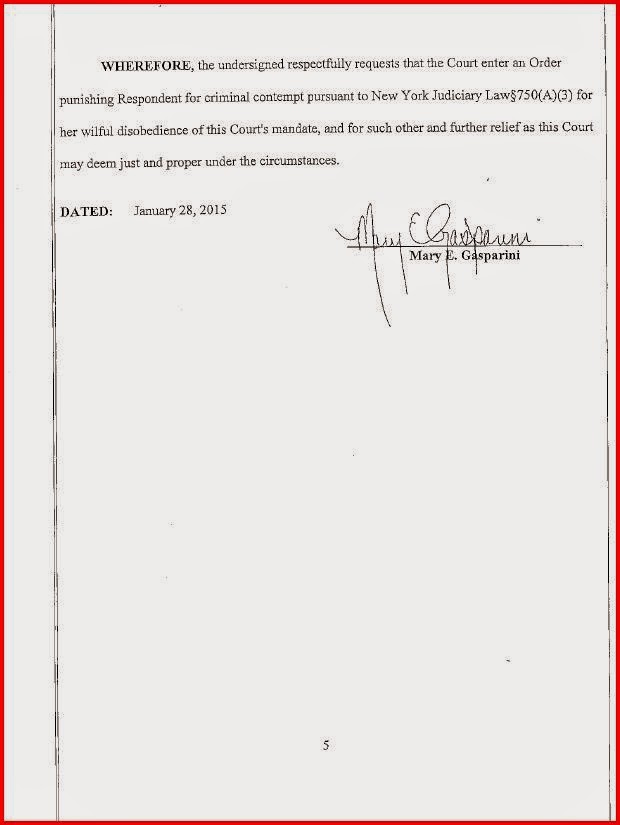 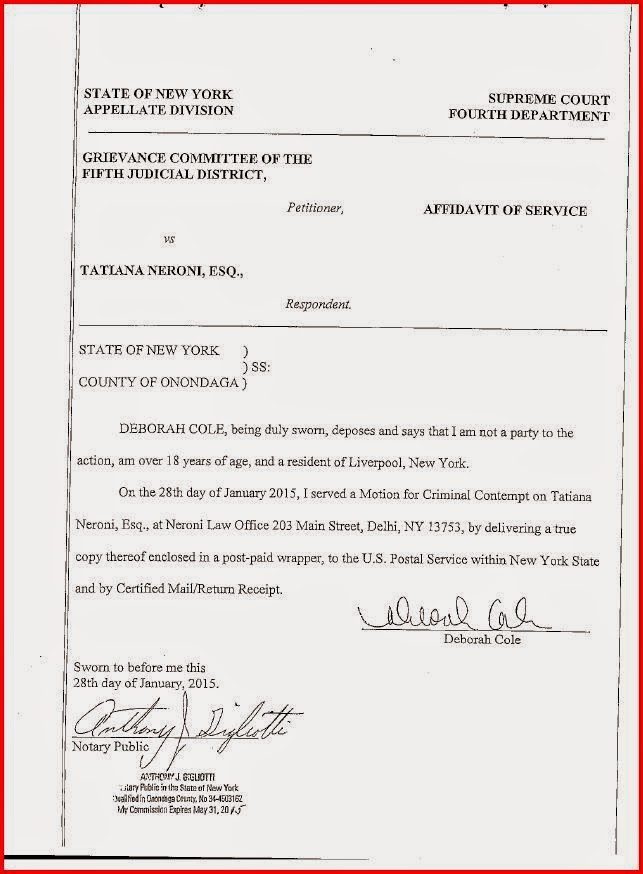 Criminal proceedings in New York, once again, are open to the public.  Therefore, I am publishing here Mary Gasparini's Notice of Motion and Affirmation as evidence of her misconduct, abuse of power and retaliation against me after I filed a lawsuit against her for fraud upon the court on December 10, 2014 and published the Summons with Notice on this blog, and I am doing it again now. 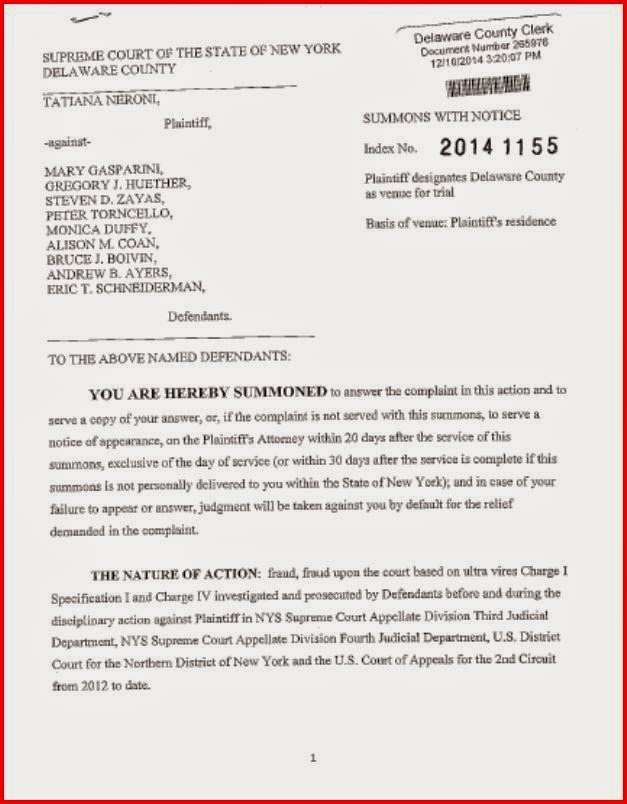 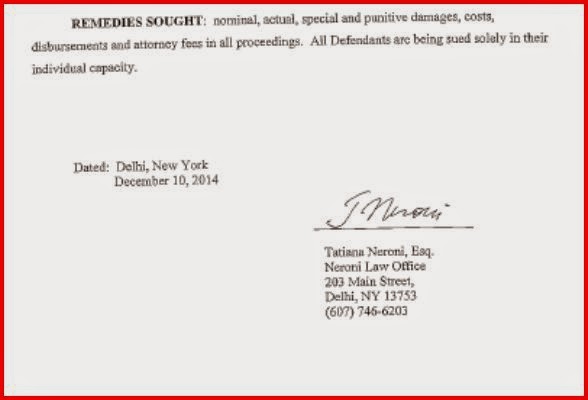 I will not, as yet, publish the "secret" order of December 17, 2014 that Mary Gasparini claims I violated, even though my legal opinion is that, by pressing criminal charges against me based on alleged violation of that order to which I will and do plead "not guilty", Mary Gasparini shot herself in the foot and made that same order and all other exhibits underlying the charges public, as well as all "contempt proceedings", and that is as a matter of New York State and federal constitutional law.

Apparently, Mary Gasparini seeks to have a summary criminal proceeding against me, and to resolve it in one day, having me locked up for a year.

Yet, there is no such thing as summary criminal proceedings in New York, under the State or U.S. Constitution.

If the State and U.S. Constitution are to be followed, I will have to be charged:

(1) in the jurisdiction where the crime was allegedly committed, and the blog was and is hosted in the State of California;
(2) by the elected criminal prosecutor of the jurisdiction where the alleged crime was allegedly committed, and Mary Gasparini is definitely not that person, I doubt that Mary Gasparini is even admitted to the bar of the State of California;
(3) with all procedural protections provided for criminal defendants under the U.S. Constitution and the Constitution of the state where the alleged crime is being prosecuted, such as:

That is, among other things.

It is apparent that what Mary Gasparini seeks is:

I do not know what Mary Gasparini knows about criminal law, but here she stepped actually into my realm, since I am a criminal defense attorney with years of trial experience and Mary Gasparini is clearly out of her element judging by the alleged "charges" and the way they were brought.

Judiciary Law 750(a)(3) used by Mary Gasparini is an equivalent of a 2nd degree contempt of court, a Class A misdemeanor under Penal Law 215.50(3), punishable by up to a year in the county jail.

For such crimes, jury trials are required by the New York State Constitution unless the defendant waives that right in writing.

There is no way I will waive my right to a jury trial in a criminal proceedings against me, orally or in writing.

Sometimes a public official needs to just know where to stop, correct her errors and apologize to the victim of her misconduct.

Mary Gasparini instead, continues to retaliates against the victim and only aggravates her behavior.

Time will show who will win.

Stay tuned as to how this mess progresses.
Posted by Tatiana Neroni at 12:15 PM