4th Department continues to play games with me


On January 12, 2015 I wrote the following letter to the Appellate Division 4th Department: 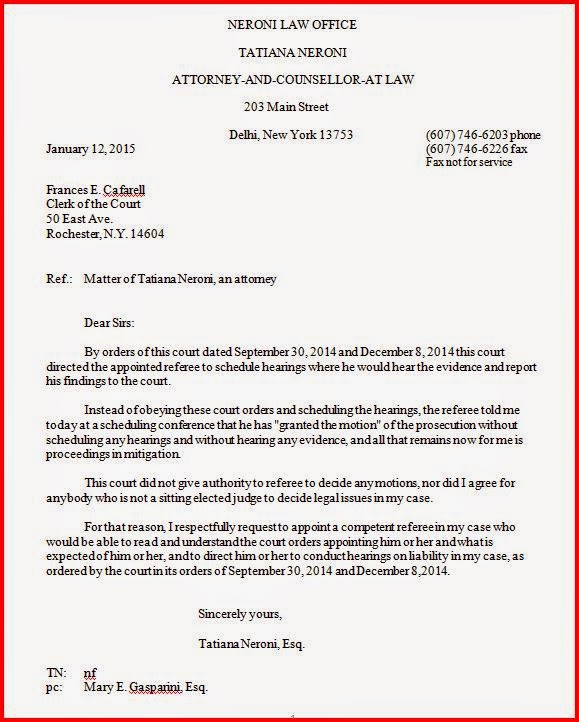 Today I received the following answer from the court: 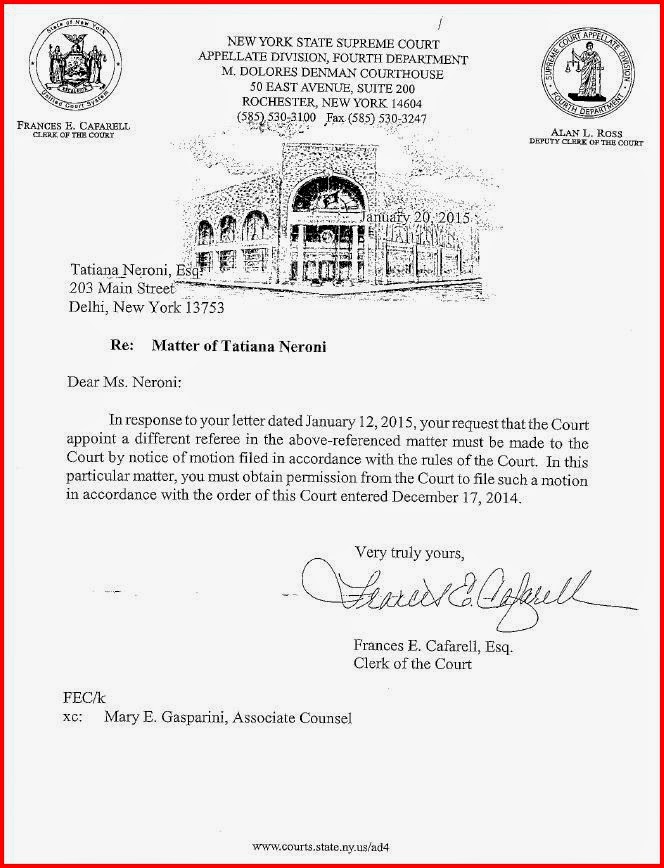 The court continues to play games.

The court, in fact, has an obligation to make sure that the law is observed and that the referee gives me a hearing that the court ordered him to give me.

Nevertheless, the court now tells me that I will not get another referee - and the court-ordered hearing - unless I make a motion in accordance with (1) rules of court, (2) the illegal anti-filing injunction that the court already imposed upon me without notice or opportunity to be heard BECAUSE I filed with the court a request to disqualify that same referee, and supported my motion with the transcript with the referee's statement on record indicating referee's intention back in October of 2014 to grant prosecution's motion instead of conducting the court-ordered hearing, which is what the referee was appointed for.

That motion was denied without an explanation and with imposition of an anti-filing injunction, even though it was clearly supported by law and facts.

It is apparent that, under the circumstances, any motions on the same topic of referee's incompetence and misconduct are futile.  I will not be playing games with the court.  I will instead be patiently waiting for the referee to do what the court ordered him to do - to hear the facts and report them to the court.

In my previous post regarding judicial discipline, I provided a summary table where one of the judges, Arlene Brown, was forced to resign off the bench and not seek judicial office in the future because she failed to provide litigants opportunity to be heard in compliance with the law.

In my case, one of the judges on my disciplinary panel who repeatedly deny me due process of law in compliance with the applicable law and who engage in harassment such as this letter, was recently nominated to the New York State Court of Appeals.

Something else Mr. Bharara of the U.S. Attorney General's office prosecuting Sheldon Silver should, probably, look at.

Posted by Tatiana Neroni at 9:46 AM