According to a report published today, the state of Arizona is experiencing an unusually high "surge in foster children and the systems meant to support and protect them".

A three-year study has been funded to figure out the reasons for such a "surge".

Yet, the reason may be on the surface:

1) federal incentive money for social services to take children out of foster care; and
2) judges like #JudgeMarkBrain of Maricopa Juvenile Court (Arizona) who, in 2014, has practiced law and actually TAUGHT social services how to draft their petitions in child protective cases better - the judge instructed the social services to ALWAYS ask for removal of children, because otherwise they would "forfeit federal funds".

Of course, Judge Mark Brain is prohibited to practice law - which he obviously does not give a flying piece of horse manure about.

Of course, Judge Mark Brain is prohibited from taking sides in litigation and advocating for the petition in child protective cases - and, since he already did, and taught social services how to create that "surge" of children in foster care and "systems meant to support and protect them" - he, of course, should be taken off the bench, but who would dare touch him?

Of course, had Judge Mark Brain taught a seminar for parents as to how to beat a child protective case, he would have been taken off the bench in no time.

Of course, the standard for removal of children from the family is whether there is a reasonable belief, based on the child's condition and/or circumstances, that the child's health or life is in imminent danger - not whether those who want to grab the child will or will not receive federal funds.

Apparently, what the judge is teaching is how to engage in hostage hunting and slave trade, see, for example, an account of what is happening in foster care across the U.S. where, according to the 2014 data, 415,000 children were placed?

So, meet the mentor of social services as to how to better grab a child into custody in order to secure federal funds - #JudgeMarkBrain from Phoenix, Arizona: 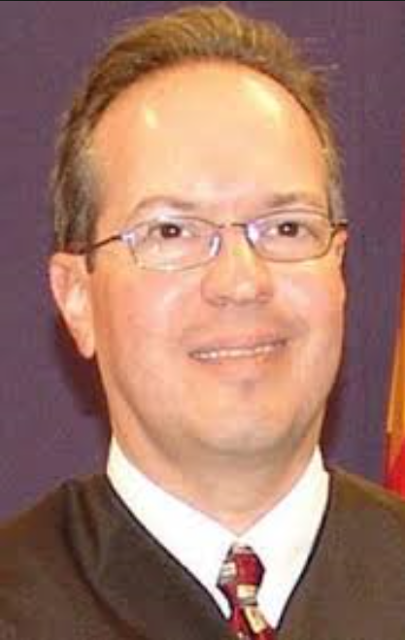 Oh, Judge Brain is very reflective - after all, he is a Judge Brain, the brainy judge.

Here is his official court information: 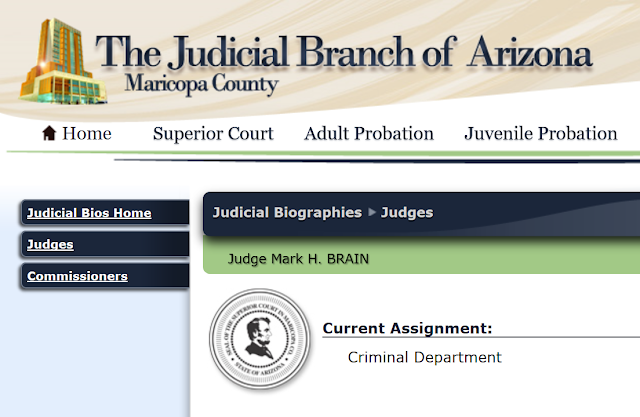 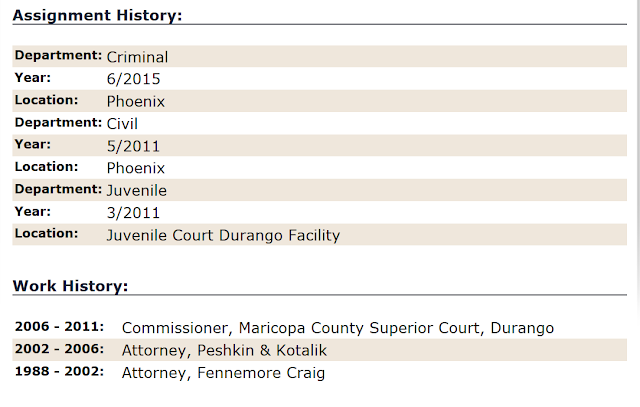 Here is the judge's education:

So, the guy is all over the place.

Before his appointment to the bench, Judge Brain had the following experience:

1) a 4-year stint with a business law firm Fennemore Craig that had nothing to do with Family Law practice, but had a lot to do with "government procurement" of federal funds:

2) another 4-year stint in a private law firm of Peshkin & Kotalik having nothing to do with Family Law, but a lot to do with commercial litigation;

3) 5 years in a position of a "Commissioner" of Maricopa County Superior Court - attorneys who act in the position of a judge, handling "specific assigned cases and uncontested matters". 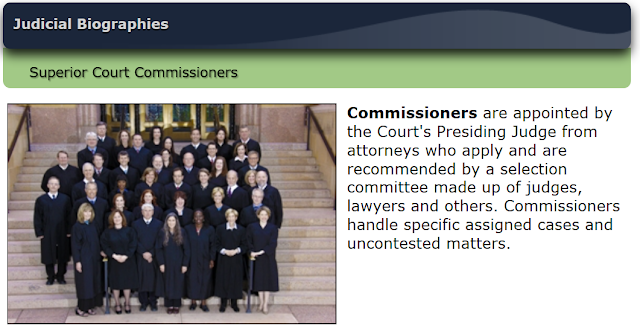 Yet, "government procurement" and commercial litigation experience, obviously, died hard with Judge Brain - because he obviously understands his duties and position in child protective cases not as a neutral adjudicator in the best interests of the child, but as a legal and financial advisor to social services as to how to secure federal funds, best interests of the child be d***ed.

So, at least one of the factors that caused the "surge" of children into Arizona foster care, and a swelling of "services" for such children is a no brainer - it is the brain product of Judge Brain who undertook to teach social services how to draft their petitions better, and to always, always include a request to remove children from their parents - to secure federal funds - whether it was warranted by the circumstances or not.

Listen once again to the piece of Judge Brain's wisdom that some courageous participant in the seminar recorded and posted on YouTube. 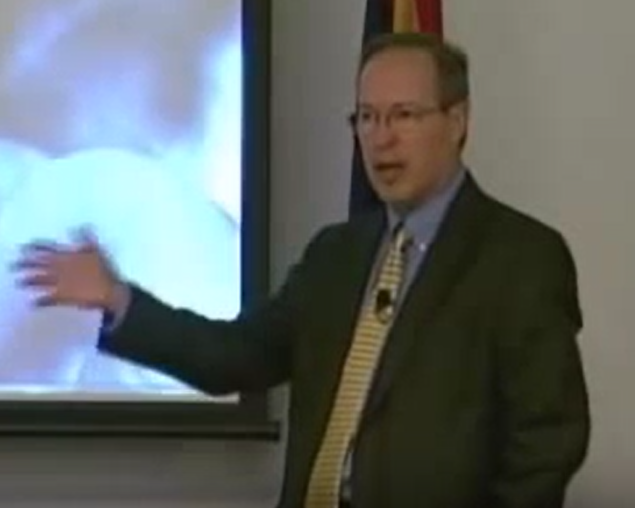 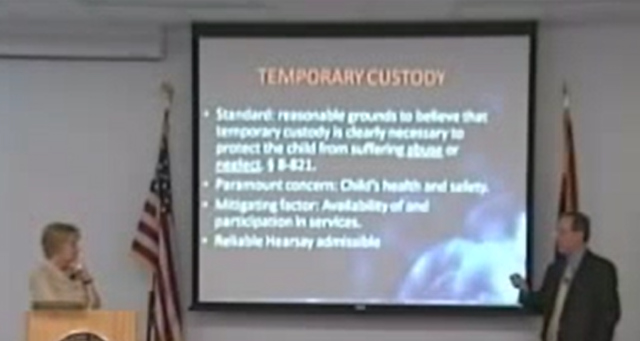 See that the seminar was held in a courthouse, with approval of the Superior Court #judgeAimeeAnderson: 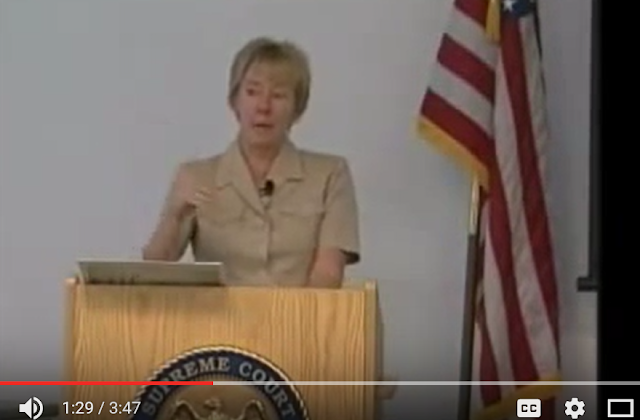 Such an advice was obviously given with an implied promise that judges will always grant such requests for removal of children from families, whether the removal was or was not warranted by circumstances - because the judge wants to "help" social services.

And that is an apparent criminal collusion to fix child protective cases.

I wonder how many lives of children and their parents Judge Brain has managed to ruin so far.

And, I truly hope that Judges Brain and Anderson are taken off the bench for their teaching/human trafficking endeavors, disbarred and criminally prosecuted.

I do not know whether Judge Brain was receiving kickbacks from social services and a portion of the federal funds he helped secure, but he clearly was helping to break the law, and to take children from the families without any basis, as a human trafficking hunt in order to get more federal funds for the county.