Improper publicity stunts and destruction of evidence of a cozy relationship between the Chicago, Illinois #CookCountyCircuitJudgeMariaKuriakosCiesil and the prosecutor's office

It was reported that an Illinois judge, #MariaKuriakosCiesil, 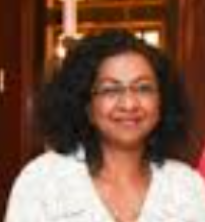 "chided" the criminal defendants in a case where they were charged with hate crimes accusing them of torturing a mentally disabled white man, at their arraignment:

"Where was your sense of decency"?, and denied them bail, "finding" them a danger to society - before all evidence is in.

Does the judge not know that all 4 criminal defendants are presumed innocent?

Does the judge not know that, as a judge, she should be not only neutral and impartial, but should also make an appearance of neutrality and impartiality, as a matter of due process of law?

Does the judge not know that, until there is a conviction through a plea bargain or a jury verdict, she has NO RIGHT to "chide" criminal defendants as if the verdict is already in?  No matter how heinous the allegations.  No matter how public the evidence is.

Actually, if a judge cannot constrain herself from making an appearance to the public that she has made up her mind that the defendants who are just being arraigned are guilty, and all the criminal procedure to be afforded them, including the presumption of innocence and the right to an impartial judge, is a mere petty formality on the way to an inevitable conviction, she should get off that case - and off the bench.

At nearly the same time as Judge Ciesil "chided" the arraigned defendants, the State prosecutor #ErinAntonietti

It is apparent that both the prosecutor and the judge, both white women, are involved in misconduct, and are trying to get political capital while tainting, possibly, irreversibly, the four defendants' right to a fair and impartial trial, and their jury pool.

Judging by publicly available information, Judge Ciesil already has a cozy relationship with the prosecutors, a relationship clearly questioning her impartiality, even without her "rebuke" and denial of bail based on finding that the four defendants are a "danger to the community".

Here is the picture of the former Illinois State Attorney Anita Alvarez who was reportedly in office until December 1, 2016 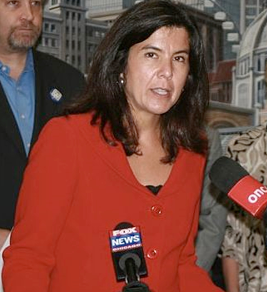 And here is the photo of the same State Attorney Anita Alvarez handing to the happily smiling Judge Maria Kuriakos Ciesil a "State Attorney's Award" for "community service" in May of 2016. 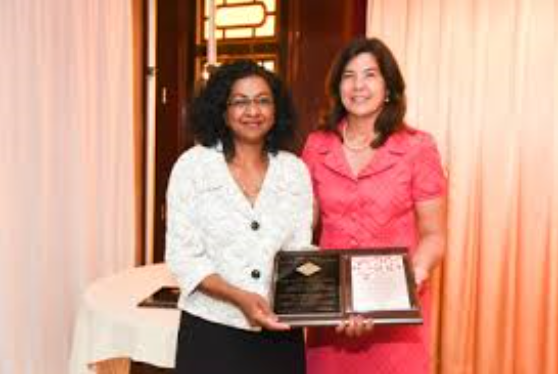 Even more troubling is that the full description about the picture was scrubbed off the Internet, so the only way I could retrieve it was from the still "cached" copy.

After I retrieved it yesterday, today, when I checked the link, even the cached copy was scrubbed from the Internet.

So, somebody with an interest to destroy evidence, is actively monitoring access to even cached evidence, and is destroying evidence of a too-cozy relationship between a judge, former employee of the prosecutor in the currently pending sensational criminal case, and the prosecutor's office - which is a grave issue of public concern.

I wonder if the defendants attorneys will subpoena computers upon which this information has been kept, and evidence as to who ordered scrubbing this information, and the cached file off the Internet - or if they will be scared for their licenses to do that.

The law enforcement community reported on the court proceedings in this case featuring a picture of a very small balance (judicial "scale of justice") and a very large hammer (judicial gavel). 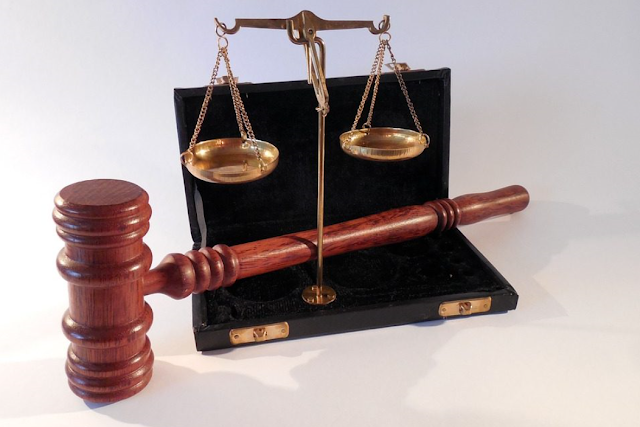 It appears that featuring the scales of justice is an exaggeration in this case.  The judge, the former employee of the prosecutor in the case, who was just last year awarded by that prosecutor for "community service", already made up her mind.

Criminal justice courts and prosecutors in Chicago should be actually extremely cautious in prosecuting African Americans based on confessions, including in sensational cases - in view of the history when Chicago police extracted confessions from African Americans through torture, so under these circumstances

confessions of African American defendants in criminal proceedings are not worth much.

And, let us remember that the Cook County in Chicago, Illinois, is the place where one of the most famous anti-court-corruption FBI "Operation Greylord" happened in the 1980s, and nothing in the way attorneys are regulated and/or promoted through brown-nosing the judiciary, and disciplined for criticizing the judiciary (including in Illinois) has changed the climate that encourages to rather engage in misconduct than zealously and honestly represent clients.

Lanre Amu, a Nigerian attorney, was recently suspended in Illinois for criticizing a judge.

Kenneth Ditkowski, a longtime attorney, was suspended in Illinois for exposing judicial participation in elder abuse, draining the estate of the elderly, blocking them from seeing their loved ones and having them die alone and robbed by the court-appointed "guardians".

JoAnne Marie Denison - an attorney in Illinois recently suspended for exposure of corruption in probate proceedings regarding estates of the living elderly people.

And, whoever is representing the 4 African American defendants, is chilled from providing them a proper representation - because no motion to disqualify the judge and the prosecutor based on their misconduct and prejudicial statements was reported so far.

In a criminal case, a criminal defendant has a FEDERAL CONSTITUTIONAL right to:

For the judge and the prosecutor, their two minutes of fame, apparently, mean much more than ensuring a fair trial for the accused.

Yet, no matter how heinous are the charges, if this country wants to claim that it is based on the rule of law - which both the judge and the prosecutor were sworn to uphold and get money (a lot of money) from taxpayers for doing that, the constitutional protections for the accused must be strictly observed.

And, the more sensational is the case, the more protections should the defendants be afforded.

Here, both the evidence, and the jury pool, have been likely irretrievably tainted by the publicity stunts of the judge and the prosecutor.

I will continue to monitor and report on this case.

Posted by Tatiana Neroni at 9:46 AM