The #JudgeBrendaWeaver saga, Part V - what is the State Attorney General waiting for?

This is my 5th blog in the series about corrupt State of Georgia Judge Brenda Weaver - by the way, it is a mystery for me why she is still on the bench since her term was supposed to expire in 2016.

My previous blogs, Parts I through IV - are available on the right in the list of blog articles.

My question to the State Attorney General, the Chief State Officer charged with prosecuting crimes within the state is - what are you waiting for, Mr. Christopher Carr? 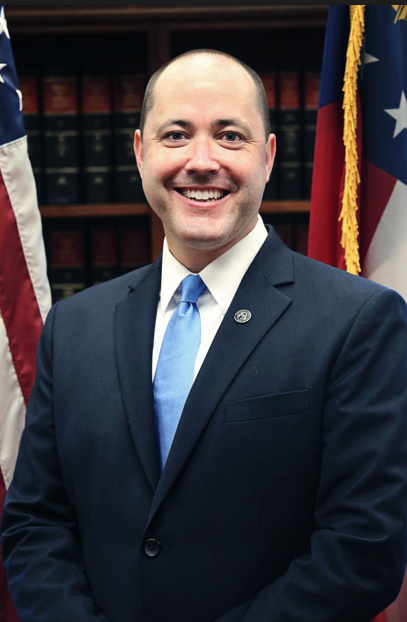 You have TWO public documents CONFIRMING in black and white that three counties of the State of Georgia - Fannin, Pickens and Gilmer - openly BRIBE ALL CIRCUIT judges in the Appallachian Judicial Circuit.  All of them.

Why didn't you arrest everybody who:


Here are the PUBLIC admissions in documents, about that criminal scheme, Mr. Carr, for your convenience.

First, the State Judicial Qualifications Commission issued a decision just one week ago confirming that criminal scheme, but, due to the fact that the Commission may be well paid out of the bribery accounts of the circuit judges - well, at least Judge Weaver hired the Chairman of JQC to represent her in a related FBI investigation, and I doubt that the Chairman did that for Brenda Weaver's beautiful eyes.

Here is the decision, Mr. Carr.

Look what it says.

You have a ready admission, Mr. Carr, of the State Judicial Qualifications Commission, based on their investigation, that counties - and, very possibly, more than just Fannin, Pickens and Gilmer counties - fund "operating accounts" of "each of the judges" in the Appallachian Circuit.

I understand that your position as the ATTORNEY FOR JUDGE WEAVER - in case she is sued for violation of Mark Thomason and Russell Stookey's civil rights, as you always do - will prevent you from prosecuting Judge Weaver, your own client.

But - have some decency, really, have somebody neutral appointed for an investigation of this criminal scheme.

Because - it has been established already in California, for example, in a completely identical case, that for counties (parties in lawsuits appearing in front of STATE judges) to GIVE STATE JUDGES MONEY, in addition to what they get from state budget financing - is A CRIME of BRIBERY.

That's why the corrupt California Legislature, permeated by licensed attorneys whose law licenses are in the hands of those same judges, gave California judges involved in the bribery scheme retroactive CRIMINAL immunity, Mr. Carr. 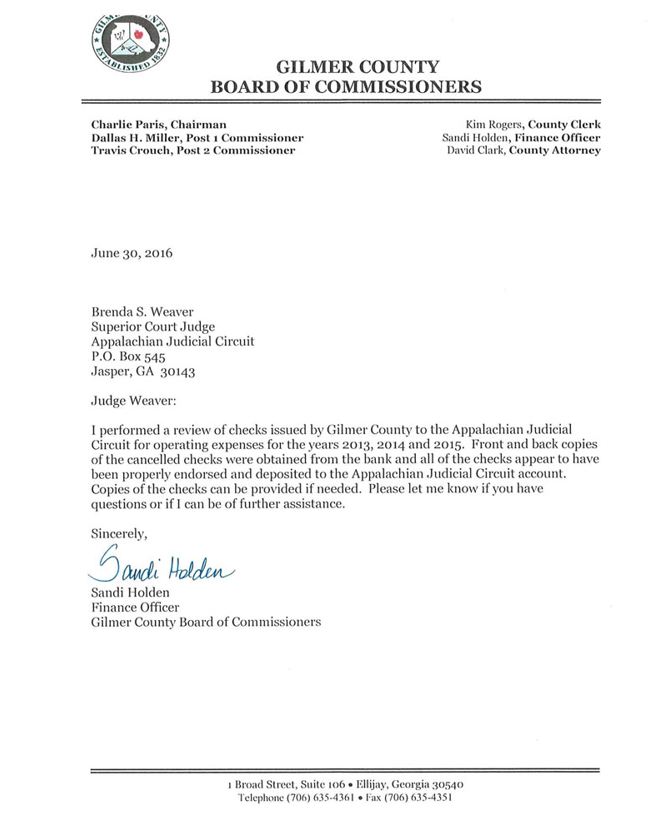 JQC decision speaks about SEVERAL such accounts, one per each judge.

So, Mr. Carr - you have a CONFIRMED criminal bribery scheme, KNOWN participants, CONFIRMED existence of documents.

And that confirmed bribery scheme is only the tip of the iceberg of what ELSE Judge Brenda Weaver and her crew did and has been doing, obviously, for years, in her stables.

What are you waiting for now?

Maybe, you need to look for another job if you cannot do your own - prosecute CRIMES?

And yes, I have a right to ask that question - because the State of Georgia uses federal funds, and my own tax money, too, to pay YOUR salary, Mr. Carr.

So, do your job, please.

Or - leave and let somebody else do it.