With such friends as Chris Cuomo, Clinton does not need enemies

And, supposedly, Chris Cuomo, the "golden boy" from the family of 2 New York Governors (Mario Cuomo, father and Andrew Cuomo, brother), was made the mouthpiece of that support.

Cuomo made sure that voters realized that

Also, Cuomo drew attention to documents published by WikiLeaks more than the publication itself. 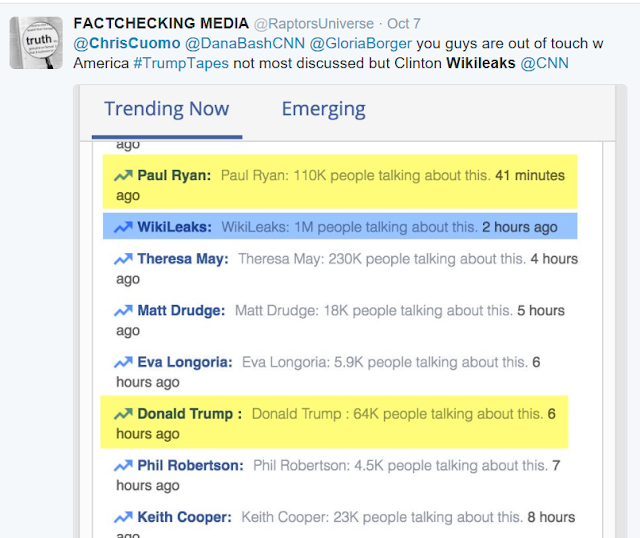 I wonder - does Chris Cuomo work for Trump, after all?  A brilliant move - to deflect from the scandal with Trump's alleged statements and the interestingly-timed allegations of sexual misconduct with an even more interesting claim that Clinton News Network is now the official priest interpreting the contents obtained by other investigative journalists - for the public to digest.

When media sources employ golden boys, they think of prestige, but one cannot cure stupid...

And especially when the stupid is with a law license.

With such friends as Chris Cuomo and CNN, Hillary Clinton hardly needs enemies.

One thing I am glad about is that the American public, at least as I can see on social media, refuses to accept the assigned role of dumb cattle.

These elections, I bet, will be very interesting, whichever of the Clumps are elected.

And - will Chris Cuomo, as a commentator on Twitter suggested, be as much of a helper to his brother as he was to Hillary?

Posted by Tatiana Neroni at 1:55 PM