It is interesting to be a witness to history.

In 1999, when I came to the United States, homosexuality was a crime.

In 2003, after the U.S. Supreme Court decision in Lawrence v Texas, it was not a crime any more, see the decision here.

After the decision, some state officials, as well as private individuals refused to accept legality of the U.S. Supreme Court decision. 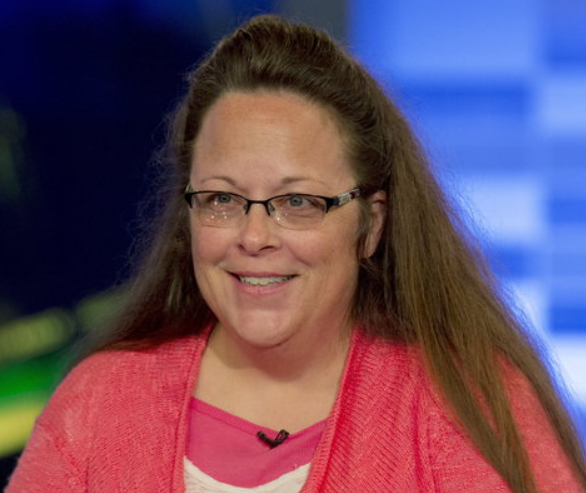 went to jail - with a lot of vocal support from various groups from around the country - defending her individual right not to issue same sex marriage licenses.

Now Kim Davis is reportedly on the receiving end of a motion for $233,058 in legal fees against her for refusing to issue same sex marriage licenses.

In three states,  Alabama, Oregon and Wyoming, judges who refused to officiate at same sex marriages, or gave instructions to others not to issue same sex marriage licenses, became the targets of judicial disciplinary proceedings.

In Alabama, the target of such a disciplinary proceeding was the state's Chief Judge Roy Moore, 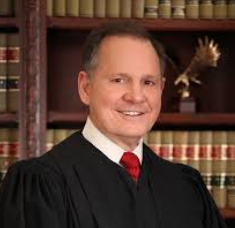 who defended himself on the basis that the U.S. Supreme Court's decisions are not the Supreme Law of the Land - and they are actually not, despite the fact that they are presented that way in courts, law schools and in the press.

In Oregon, the target of the disciplinary proceedings was judge Vance Day. 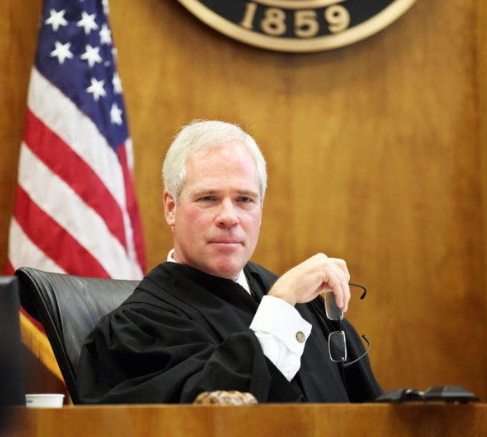 In Wyoming, the target of the disciplinary proceedings is judge Ruth Neely. 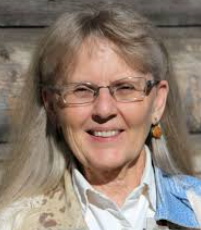 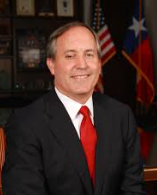 And, in North Carolina, a federal civil rights lawsuit against the state's magistrates refusing to issue same sex marriage licenses, was recently dismissed. 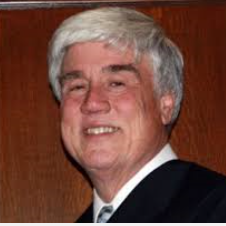 who dismissed the case, claimed that plaintiffs failed to show that they have standing and that they were directly harmed by law.

I have put pictures of people at the center of controversies here to show the uniting factor - race.  All of them are white.  Whether it is a mere coincidence or not, and whether the coincidence means anything, is for my readers to judge.

Among these six states:

that have come on the map with controversies where state officials defied the U.S. Supreme Court decision on same sex marriage, the strangest stance is in Alabama.

While Alabama suspended its Chief Judge Roy Moore, first, during the pendency of the disciplinary proceedings against him, and then, after the trial, for the rest of his term, the same blessed State of Alabama, through its Attorney General, refused to prosecute a florist for refusing to make a flower arrangement for a same sex marriage couple.

Here is the timeline of Alabama State AG's reaction to the same-sex marriage decisions by federal courts and their enforceability. 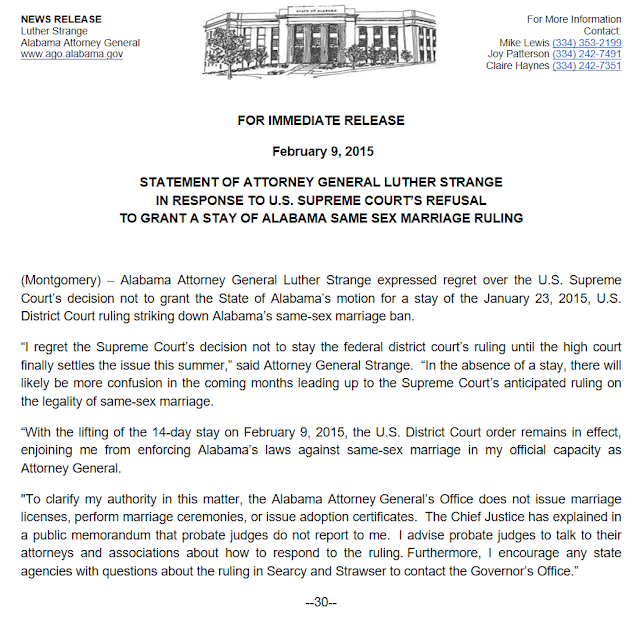 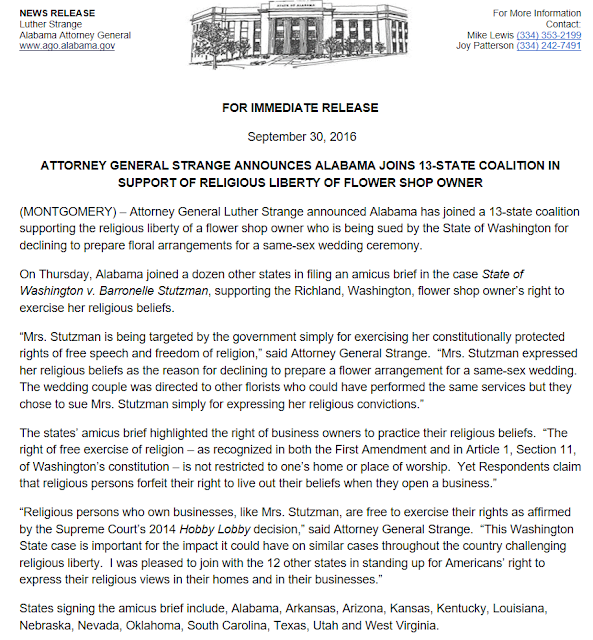 So, apparently, we have 13 states asserting, in an amicus brief filed in a court case in a Washington state court, that business owners have a right to discriminate against customers based on their religious beliefs.

The states that filed the amicus briefs supporting such discrimination are:


The lawsuit in State of Washington court is posed as an issue of state constitutional law - whether people must shelve their religious beliefs when they open a business.

Yet, the U.S. Supreme Court has already ruled that business owners may not discriminate on the basis of race.

Since the U.S. Supreme Court upheld constitutionality of same sex marriage, it is not a big stretch of imagination to predict that discrimination on the basis of sex orientation by private business owners will be prohibited, too.

Yet, the Alabama Attorney General sends to the public interesting vibes by making the press release about his support of business owners in the State of Washington, and based on state Constitution, on the same day as the State Chief Judge Roy Moore was suspended for defying the U.S. Supreme Court decision on same sex marriage.

What an interesting time we live in...

Posted by Tatiana Neroni at 5:42 AM