Time to take the oathbreaker #JudgeRichardPosner off the bench


Richard Posner, a judge for the U.S. Court of Appeals for the 7th Circuit, an appellate judge, presides over trials as a trial judge.

Because he wants to, because he thinks that presiding over trials (something he did not do before being appointed to the federal bench) enhances his experience and makes him a better appellate judge.

There is a question though as to legality of assignments of Posner as a federal appellate judge to district cases, the conflicts of interest it creates for Posner's work as an appellate judge - and that is especially so that

The record on appeal is the jurisdictional boundaries within which an appellate court and judge must operate.  If the judge is not happy with those boundaries - he should resign.

Judge Posner appears to be not happy with the boundaries of his job and seeks not so much experience but additional excitement of a trial court where he has more opportunities for in-person communications and to hand out his famous "benchslaps", for which he goes outside of the record and does "his own research" - which is prohibited to an appellate judge by the jurisdictional boundaries of the record on appeal only.

Yet, Judge Posner's job - for which citizens and taxpayers of this country hired him and are paying him, more than they pay a district court judge - is clear.

Judge Posner is one of 12 judges in a very busy federal appellate court: 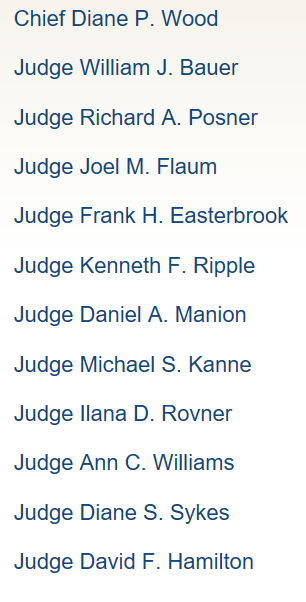 Federal appellate judges complain of crushing caseloads - in fact, so crushing that they decide 85% of cases and (according to my personal research, probably, 100% of civil rights cases), through "summary orders" instead of full-swing opinions.  In other words, the majority of federal appeals and an overwhelming majority of civil rights cases are decided in a negligent manner, because supposedly judges are too busy to decide "worthier" cases.

Of course, the law of equal protection requires that for the same fee litigants get the same review and the same quality of review - and federal appellate court do not have DISCRETION to give less time to some cases over others.

Yet, that's what they do.

Any additional activities of appellate judges further cut into time they already claim they do not have to provide full opinions for all appellate cases that come in front of them.

Yet, such "volunteering" is not supported by any law.

The assigned district judge must remain on the case from start to finish unless he disqualifies himself.

It is extremely rare - if at all happens - that the entire U.S. District Court would disqualify itself, so that a judge from another court would be invited.

I found no announcements that the entire district courts recused so that Posner could be assigned, so assignment of Posner to trials was a FAVOR of the district court to Posner - a favor which was illegal

When an appellate judge wants to fit the shoes of a trial judge in order to "better" decide appellate cases, that smacks of bias - because if the appellate judge learns about "trial dynamics", he would want to inject his own experience into his decision-making, taking him outside of the record on appeal, and Judge Posner is already known for doing his own investigations outside of the record on appeal, something that even a trial judge is not allowed to do.

Posner also seems not to be sufficiently entertained as a federal appellate judge - even though, despite the supposedly "crushing" caseloads that cause the 7th Circuit, as all other federal court, to dump over 85% of federal cases and, likely, 100% of civil rights cases through sloppy 2-page "summary orders", Posner have found time to: 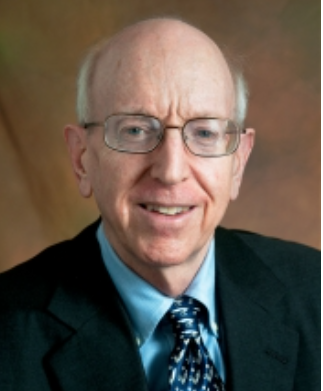 according to his official biography (including his career path) published on his page at the Chicago School of Law:

Judge Posner has not worked in his life for one second other than in taxpayer-backed jobs - and, while he engages in his lucrative hobbies instead of doing his job, and while his lifetime of financial well-being is derived from taxpayer-backed jobs that require an oath of loyalty to the U.S. Constitution, he has the audacity to claim that it is useless for a judge who is deciding cases regarding violations of the U.S. Constitution to study the U.S. Constitution (the Supreme Law of the Land, the law that Judge Posner has pledged to protect and uphold as a condition to have a law license and as a condition to get on that federal bench).

From a taxpayer point of view, Posner can be brilliancy itself, but since he does not do his job, and instead seeks to entertain himself with anything other than doing his job of a federal appellate judge, the way that job is supposed to be done by law -

and do it within the record on appeal, as the law requires, without additional out-of-the-record investigations by the judge, without "volunteering" for trials to "enhance" his judicial abilities as an appellate judge -

he should be removed from his bench, and stripped of his law license - because he lied to the licensing authorities, lied to the U.S. President, lied to the U.S. Senate and the American people and took oaths of office to the law that he deems worthless to know and research.

law school graduate Richard Posner comes before a law licensing committee and claims - "it is useless to study the U.S. Constitution".   He would have been denied his law license application up front.

So, he lied to the licensing commission in 1962 that he will uphold the U.S. Constitution that he considers a useless document, and got a lifetime of financial well-being, 54 years so far, from us the taxpayers paying him for that lie.

Moreover, he has been a federal appellate judge since 1981, so 35 years ago he also lied to the U.S. President Ronald Reagan and to the U.S. Congress that he would be faithful to the U.S. Constitution, the law that he despises and does not consider "worth studying for a judge".

Imagine that presidential nominee Richard Posner would come to the U.S. Congress and say at his confirmation hearing what he is saying now - "it is not worth it for a judge to study the U.S. Constitution".

He would not have been confirmed - and likely, his career from that time on would have been over, since confirmation hearings are public record and the media would have destroyed him.

So, he lied to the U.S. President and to the U.S. Congress that he will be faithful to the U.S. Constitution - and got his well-paying job, 35 years ago, and sat on the taxpayers' necks for 35 years while treating his oath of office as a joke.

Two days ago, I posted about what a waste to taxpayers the U.S. Supreme Court is, pretending it does a job it physically cannot do with less than 12 minutes per certiorari petition for review and judges pursuing their hobbies and paid trips by litigants while law clerks are slaving as judges.

Today, I am posting about yet another waste of our money - paying lower-level federal judges who do anything but their jobs, at our expense, in order to entertain themselves, enhance the value of their side commercial projects like book-publishing and teaching, and while mocking the very oath that they took to get their public employment jobs and to sucker us for our hard-earned money.

They have no right to remain on our payroll.