The interesting occupational licensing case of the first illegal alien admitted in California to practice law, attorney #SergioGarcia who tried to work illegally but refused to get it documented, after his admission to the bar


This is California attorney Sergio C. Garcia - and also an illegal alien. 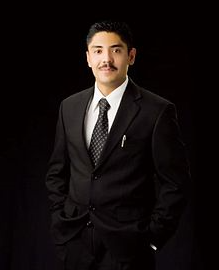 Here is the sum and substance of attorney licensing proceedings in California.

Here is the chronicle of this astounding waste of time and taxpayer money - the court docket of Sergio Garcia admission-to-the-bar court case in California: 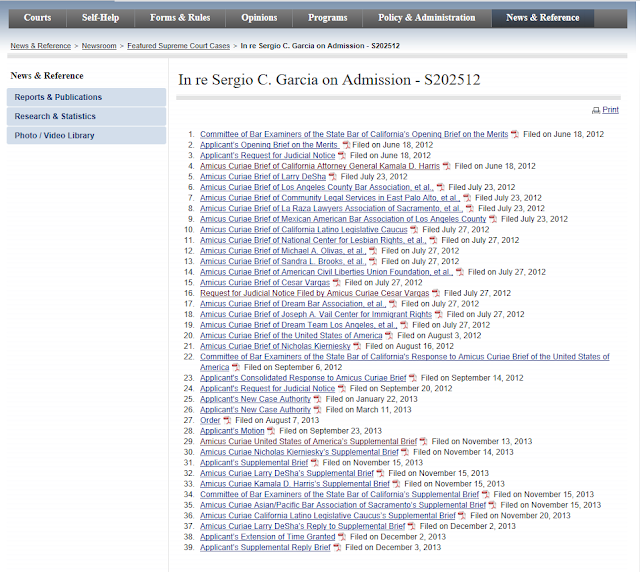 There is even a brief by a center fighting for lesbian rights - even though Mr. Garcia appears to be very male.

Here is their claimed interest in the case: 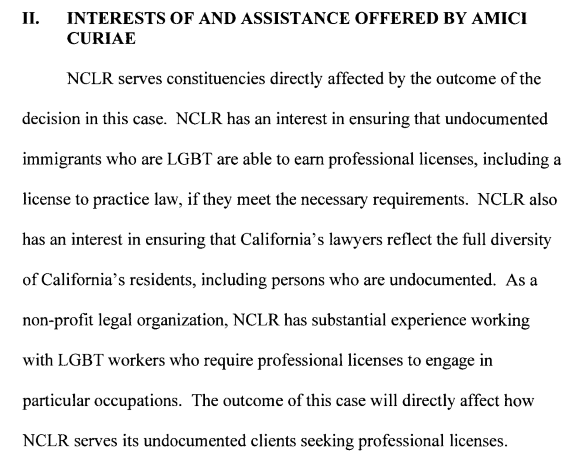 So, the LGBT right groups want illegal immigrants who are LGBT to gain professional licenses IN ORDER TO WORK - even if that is prohibited to them as illegal aliens without work authorization by federal law.

And California taxpayers had no other urgent uses for their money - like, for example, mending their dam that nearly broke drowning thousands upon thousands of people - but to have its highest court read and make a decision on this nonsense.

Mr. Garcia was represented in these proceedings by a large 800-attorney law firm out of New York City, Wilson Elser, a "professional liability" and "product liability" law firm - and I am wondering, what was their professional interest in promoting this case?

By the way, one of the filers of an amicus curiae brief is the other "trailblazer" illegal alien attorney Cesar Vargas from New York - here is a preliminary blog about his and his "coalition"'s background, and I will run a separate blog, in detail, about how it happened that Cesar Vargas was admitted to the bar.

The decision of California Supreme Court allowing Sergio Garcia to practice law came in January of 2014.

In the same "early 2014" Garcia, reportedly, was invited as a "speaker" and "role model" for students (as many other schools have done, likely as a paid speaker with all expenses paid - and I will FOIL schools who did invite him for any benefits they may have provided to him) by a private college preparatory school in San Antonio Texas.

Yet, the invitation was rescinded when Garcia refused to sign a W-9 form certifying under the penalty of perjury that he is a citizen.

And here is information about two other forms that attorney Sergio Garcia reportedly refused to sign: 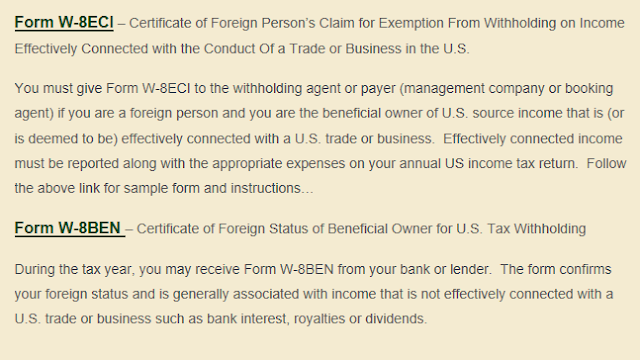 And you know why signing of that W-9 form was even necessary?

Because Garcia, knowing that he has no right to work in the U.S. - that's what the Obama administration's brief in his attorney admission proceedings explained to him in minute details, in addition to him being an attorney and having to know the law applicable to at least himself - ASKED to be paid for his speech, as an "independent contractor", so his speeches all around the country likely WERE cases of work in violation of federal law - which must trigger his deportation AND disbarment, but yet did not.

Talking about competence, honesty and integrity of attorney Sergio Garcia.

And talking about honesty and integrity of other colleges and institutions inviting Garcia - once again, I will FOIL all of those colleges for W-9, W-8ECI and W-8BEN forms signed by Garcia.

And, California's other city, San-Francisco, fights with President Trump in a lawsuit where it asserts that, while it has a 10th Amendment right to defy federal government and harbor illegal aliens (that's a federal felony) in violation of federal criminal law, President Trump does not have a right to withhold discretionary (voluntary) federal aid to such cities, because that will be, too, a violation of the 10th Amendment.

With so many intellectuals living in California - they still created an abominable mess when they mixed illegal immigration and politics, and especially when they added to that mixture professional licensing, like with attorney Sergio Garcia.

By the way, when interviewed in 2016, attorney Sergio Gracia quoted his "former undocumented status", said that his green card application is still "pending" - but that he is "hiring people" to work for his law firm, meaning that Sergio Garcia may be avoiding accusations of illegal work by hiring others to do work in his law firm, while sharing in their profits.

I am sending a FOIA request as to the true immigration status and work authorization of Sergio Garcia and will report about it on this blog.