Porter Kirkwood's additional conflict of interest triggered a question - why do we need courts at all when most important issues are already being decided out of court?

Here is some more information on these "committees".

Here is their composition:

for some reason, you temporarily cannot make an informed consent medical or end of life decision for yourself.

Instead of going to court to have a legal guardian appointed for you by the court and have issues of medical treatment and end of life decided in court, a "panel" is appointed consisting of:

These individuals will decide your fate - from surgery to end of life.  Without court.  Without law guardians.  Just like that - a panel of four people, not elected by the people to be a judge, not meeting requirements of the New York State Constitution to become a judge.

And Porter Kirkwood is already a part of this unconstitutional arrangement with a clear potential for eugenics.

There is no reason whatsoever - NONE - why courts should not or cannot be involved.  Major medical treatment and especially end of life decisions should not be handled without consent of either the person him- or herself or his legally appointed (through courts) guardian who is sworn to protect the person's best interests.

Moreover, persons with interest in the patient's demise (such as family members) may not be involved in decision-making - as it happens in these "panels". 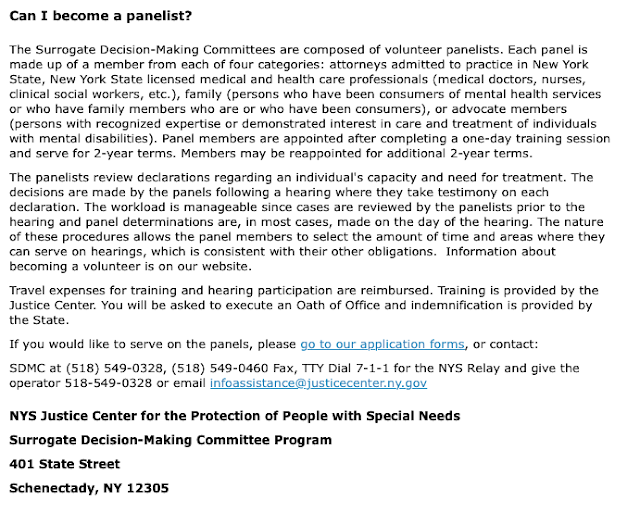 Here is some more information provided by the Committee itself.  This is what Porter Kirkwood is ALREADY doing. 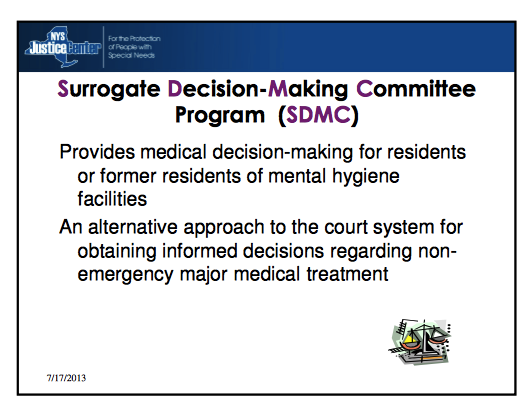 So, SDMC recognizes that it is an "alternative approach to the court system", and, since a deprivation of life and liberty is involved, it simply cannot be done through out-of-court panels consisting of people with conflicts of interest and a direct interest in the patient's demise.

Courts can hold emergency sessions if treatment is needed immediately, so the problem is not with time.  There is simply no constitutional justification for these death panels. 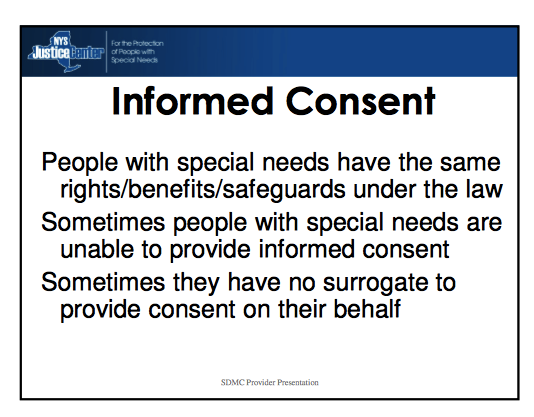 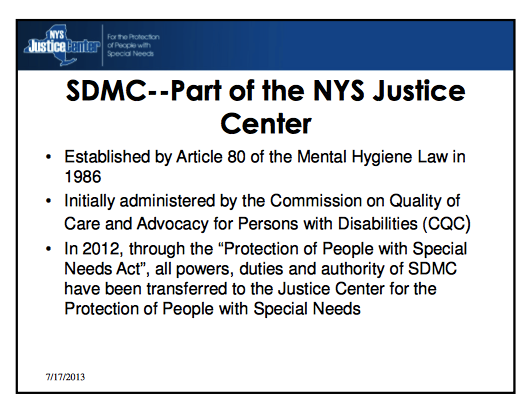 Whatever authority is claimed under the statute, the statute itself is blatantly unconstitutional.  No other state allows such an out-of-court procedure, and for a good reason. 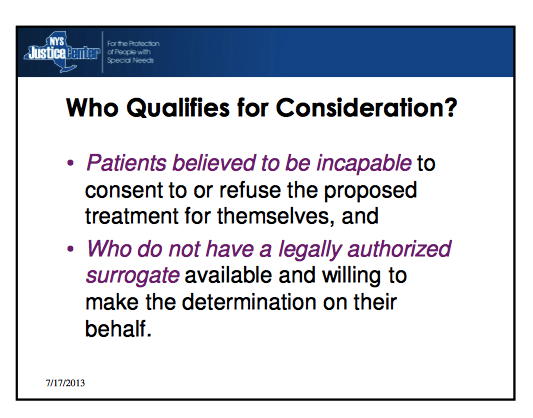 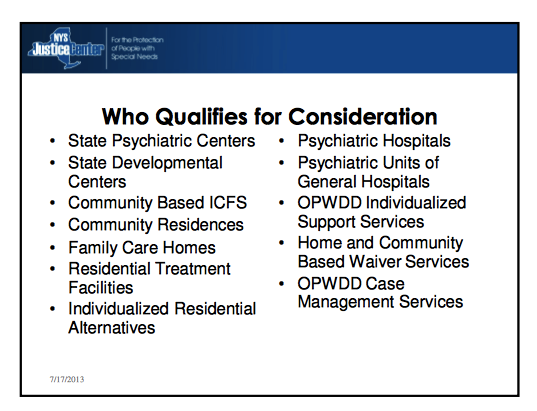 Facilities who are interested in providing medical care and being paid (involuntarily) out of property of the person incapable of giving consent, are now eligible for a "consideration", out of court, to MAKE you, if you cannot make a medical decision for yourself, undergo their costly treatment - for which you will then be made to pay.  Isn't that a perfect setup for corruption?

For Kirkwood, who already ok'd award of millions of dollars bypassing public bidding - participation in this committee is a perfect fit. 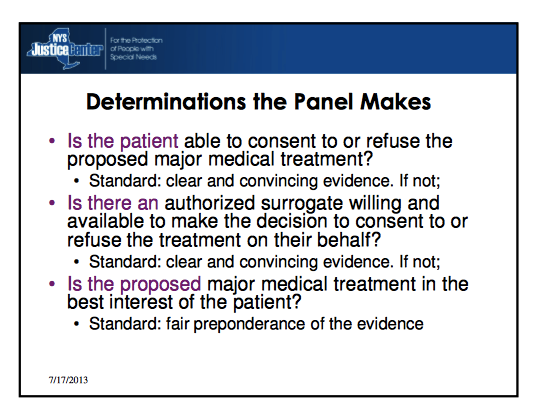 One more reason to flee from New York until your former client or a disgruntled family member puts you to death, through the use of such a "panel".

And - isn't it a sad irony that the issue as to WHY WE NEED THE COURTS if issues of life and death can be decided informally, out of court - would pop up as a result of a JUDICIAL ELECTION campaign?

Because the question is very clear.

Why are we talking about Gary Rosa's judicial experience in Family court matters?

Why are we talking about Porter Kirkwood's experience in Family Court matters?

Why do we need to talk about experience in court at all?

Why do we need to elect judges at all?

Why do we need courts at all?

Why wouldn't we have "appointed" some "panel of volunteers", and they will decide all issues in our life for us - without the costly court system.