Recently I wrote about two federal judges - one in Pennsylvania, the other in Louisiana who federal courts finally took of cases when there was no way of concealing "the problem":

After the media challenged the secrecy of court proceedings, and a hearing on that challenge scheduled for April 18, 2017, the docket of the lawsuit against Patricia Minaldi remains unconstitutionally secret, but allegedly some records were released.

Both the sealing, and the release, are obviously illegal:

Nevertheless, what was leaked to the press, is the following:

Now, a severe brain disorder based on alcoholism does not develop overnight - so, the court administrators, 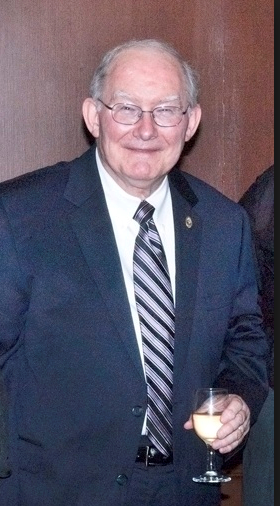 who, apparently, himself is a friend of spirits, and the court personnel must have been well aware that something was wrong with Judge Minaldi, but carefully concealed it from the public, allowing Judge Minaldi instead to continue to preside over cases and ruin lives.

Here is what this "syndrome" is, according to a government source: 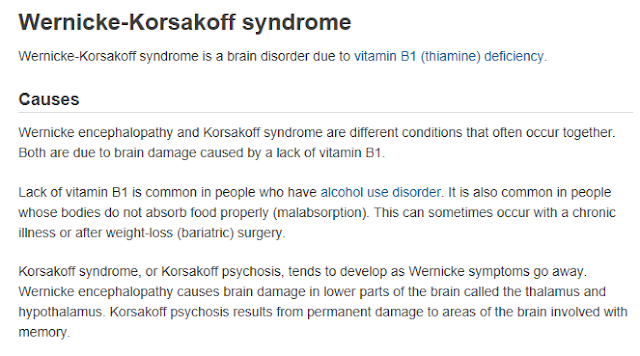 And here are the symptoms of the syndrome: 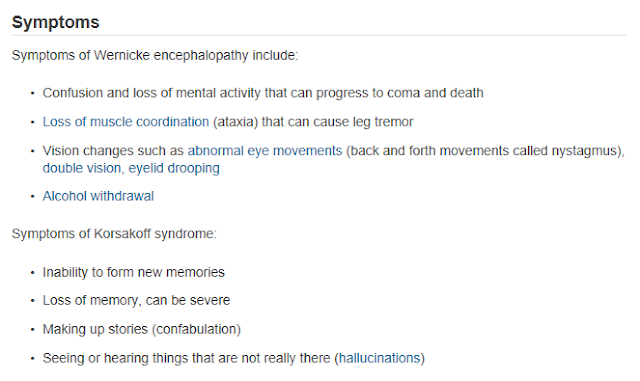 In the olden days it was called "delirium tremens", alcoholic mania, or "the blue devils":

Imagine that that's a judge who was or could potentially be handling death penalty cases, other criminal cases, and civil rights cases.

The treatment of the #Wernicke-KorsakoffSyndrome (which is also called Korsakoff psychosis) includes: 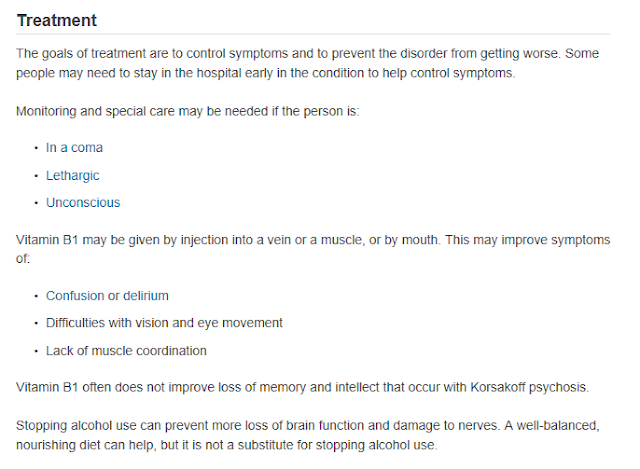 and can have complications: 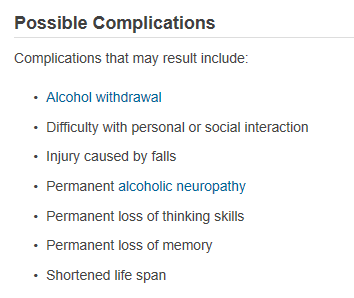 The medical advice posted on a government website urges people when diagnosed with the syndrome to seek immediate medical help.

The question is - did the U.S. District Court for the District of Louisiana administration, the wine-loving Judge Dee Drell and the Chief Judge of the 5th Circuit Chief Judge Carl E. Stewart,

aggravate medical condition of U.S. District Judge Patricia Minaldi, trying to conceal from the public "the problem" that could cause motions to vacate Judge Minaldi's rulings to be filed?

Because, if that happened, that is judicial misconduct of the highest order -

Yet, it is a matter of gravest public concern whether Judge Minaldi was able to discharge her duties in court cases, and if not, for how long and how many and which cases were compromised.

The press mentioned that

The press did not mention, why is it so.

Now did the "judicial ethics expert" polled on the subject.

The reaction of that "expert in judicial ethics" is especially interesting - and troubling.

First, the question is, how can a person can be an expert in a subject that does not exist.  This case shows clearly that there is no such thing in existence as judicial ethics, where the court system:

But, anyway, an "expert in judicial ethics", a #UniversityofPittsburghLawSchoolProfessorArthurHellman 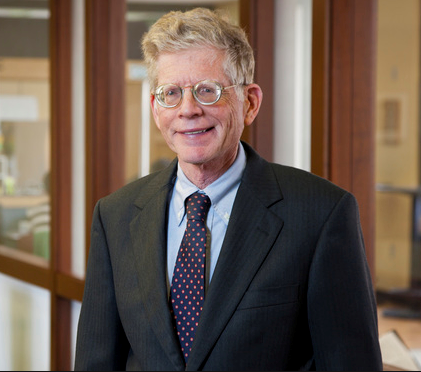 was cited by the Associated Press stating the following:

"Action by Chief Judge Following Review.—After expeditiously reviewing a complaint under subsection (a), the chief judge, by written order stating his or her reasons, may—
(1) dismiss the complaint—
(A) if the chief judge finds the complaint to be—
...
(ii)
directly related to the merits of a decision or procedural ruling".

First, what ELSE federal judges are supposed to be complained about other than the judge's conduct on the bench?  Some domestic disputes or crimes committed by the judge outside of the courtroom?

Second, judges already gave themselves a gift of absolute judicial immunity for malicious and corrupt behavior on the bench - and the only other three remedies available (kind of) to the public were:

Yet, under the Judicial Misconduct and Disability Act, a statute, no doubt, lobbied by the judiciary,

Professor Hellman, an "expert in judicial ethics" omitted to point that interesting reason for the lack of discipline and for the secrecy of the process of "gently persuading" judges to step off the bench at the time when they have a disability affecting their duties, and thus are SUBJECT TO IMPEACHMENT.

Yet another "expert in judicial ethics",  Professor Charles Geyh, of Indiana University Maurer's School of Law,

has a different opinion: 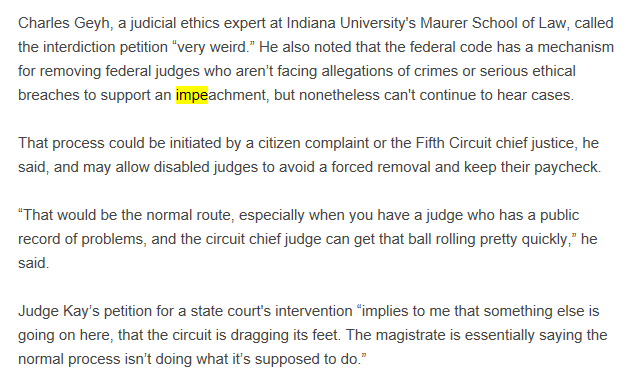 Professor Geyh, without clearly identifying the Judicial Misconduct and Disability Act, 28 U.S.C. 352, points t it as "the normal route" of removal of a federal judge, to be initiated "by a citizen complaint or the Fifth Circuit Chief Justice".

Yet, Professor Geyh, same as Professor Hellman, tinkers with the truth when he does not disclose to the public that on that "normal route" a citizen may bump into the Chief Judge's discretionary right not to remove or discipline the judge at all if the complaint is in connection with "a decision or a procedural ruling".

Yet, I believe that Professor Geyh is right on the money pointing out - even though timidly so - to the magistrate Katherine Kay's petition for a state court intervention, obviously having no faith in the integrity of the very court system that the magistrate herself "serves"

Yet, if federal magistrate Kay hopes for a fairer treatment by a state court, that hope is futile - because state and federal judges in Louisiana (same as in New York) are part of "State-Federal Judicial Councils", observe Chief Judge Stewart in a "Red Robe Ceremony" in such a "Council". 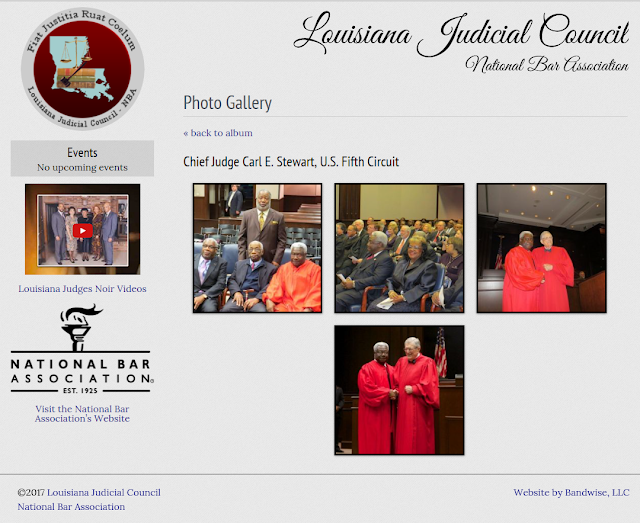 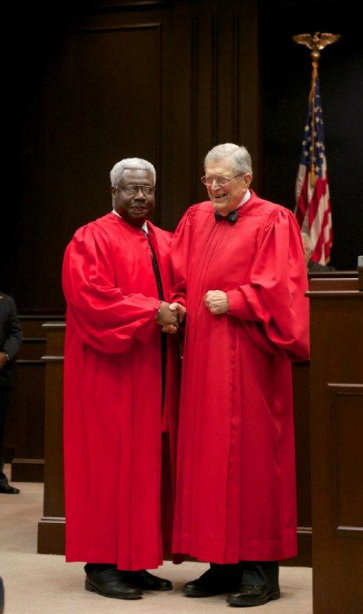 I tried to obtained lists of members in a New York State-Federal Judicial Council - the U.S. Court of Appeals for the 2nd Circuit has so far denied my FOIA request for membership, structure, source of financing, agenda and activities of that "Council" claiming that such records are not subject to FOIA as records of the "judiciary" (even though state judges definitely are not members of federal judiciary) and is stalling my administrative appeal of the denial - but, from what is available from attorney advertisement of former New York State appellate judge Thomas Mercure, 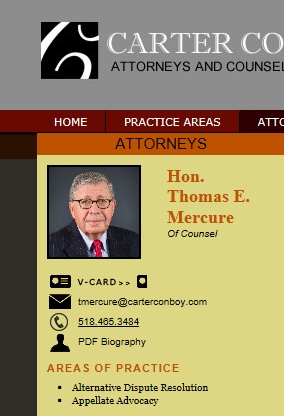 Neither of the "judicial ethics" experts mention this interesting detail - that federal and state court cases may be decided not in court, but in extrajudicial "Judicial Councils" with secret membership.

But, of course, had the "experts in judicial ethics" mentioned that, they will not be "experts" anymore, but, rather, would be unemployed and unemployable for life.

So, let's see how this interesting petition and interesting case of a "wet-brained" judge will unravel in the future.

Yet, even while a lot of information in this case is concealed (and because it is concealed, by BOTH federal AND state judiciary system - acting in concert), it shows a lot about the so-called "integrity" of the "Just-Us" system where the most important thing that matters for the self-presumed-honorable with self-given-immunity-for-corruption "justices" is to conceal evidence of their unfitness for the job.

But another big question remains - how many MORE federal judges are still out there deciding cases about people's lives, in civil rights, criminal, habeas corpus, and especially death penalty cases - who are demented, but are only "gently persuaded" by the court administrators to voluntarily step down while continuing to preside over cases while they experience:

while having a contempt power over the liberty and livelihood of people appearing in front of them who they can throw in jail for daring to raise the issue of a possibility that the presiding judge is not all right "upstairs".

The secrecy of the process does not allow to assess how many.

But, such process must be public, and the transparency in dealing with such problems, not secrecy, is the key in preserving the integrity of the justice system.

Posted by Tatiana Neroni at 8:46 AM