Mary Gasparini attempted to charge me criminally for violating allegedly three "mandates" of the court:

(1) an order of December 17, 2014 that "sealed" my disciplinary proceeding pursuant to Judiciary Law 90(10) which protects, according to the case decided by the same court in 2009, either the complainant in such a proceeding (and in my proceeding there was no complainant) or the attorney who is subject of the disciplinary proceeding (and I expressly waived my privacy and confidentiality in these proceedings); I already wrote that Mary Gasparini (the disciplinary prosecutor) is uniquely trying to put me in jail in punishment for violating my own privacy - an outrageously stupid and incompetent move, but I did not see anything but stupid and incompetent moves from Mary Gasparini in these proceedings;  such a "mandate" may not be legal, as explained here, and a criminal contempt of court for this mandate does not lie;  see also the list of papers that the court has "sealed" under this order which shows just how laughable a "sealing" order under Judiciary Law 90(10) is;

(2) this letter by the court clerk dated December 31, 2014 and written when the court was not in session, explaining to me that I need to provide to the court a "good cause" to waive my own privacy in my own disciplinary proceedings; a letter of a clerk is not a mandate of the court for purposes of criminal contempt of court proceedings, and criminal charges for violating the "mandate" of a "letter" of a court clerk may not be used, in my legal opinion  after diligent research, to start a criminal proceeding against a person; 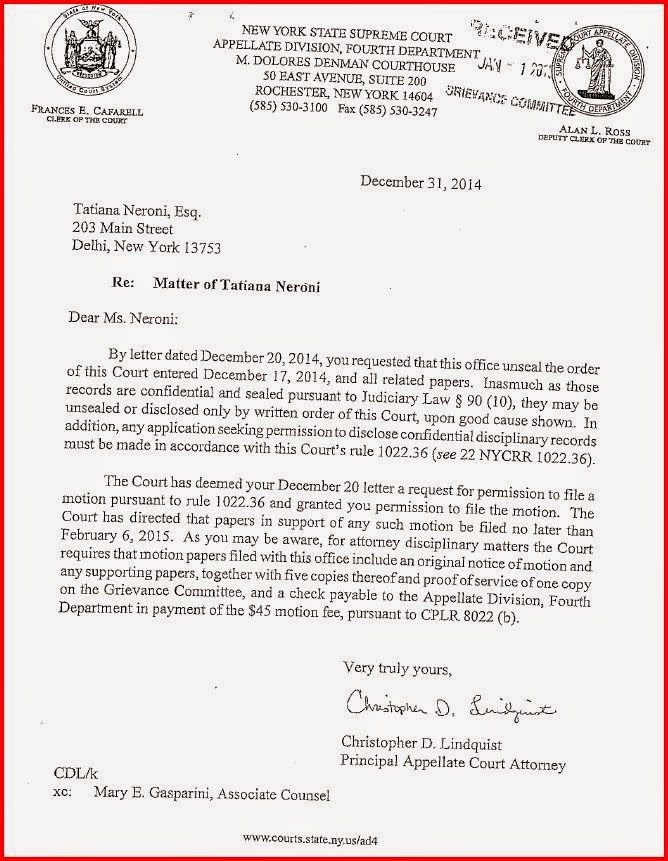 (3) this letter by the court clerk dated January 9, 2015, see my blog post here.  The court pretended to have sent it to me to my unplugged fax machine on January 7, 2015.  The prosecutor Mary Gasparini had delivered to me personally on January 12, 2015, acting as an agent of the court and further disqualifying herself. 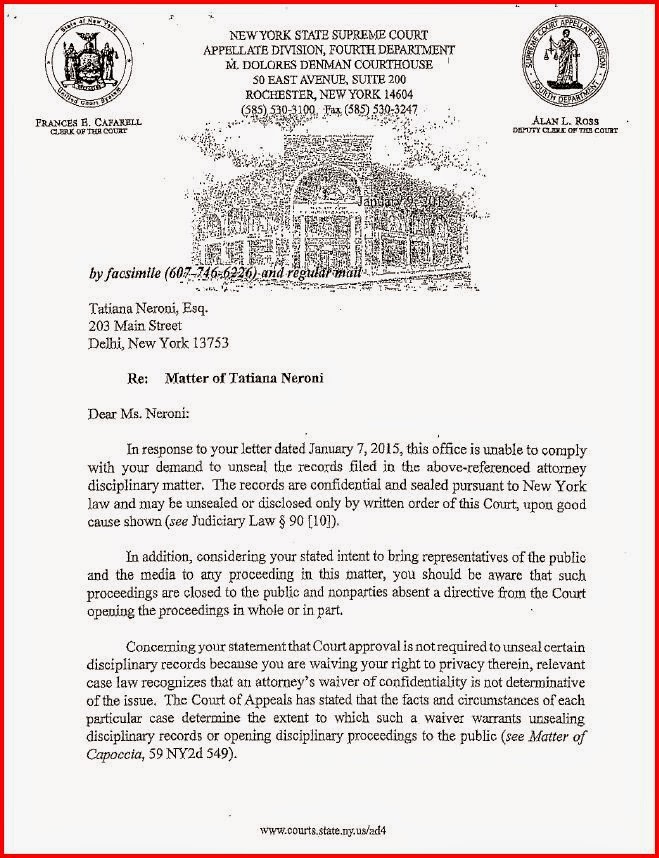 The letter was written when the court, and written to me similarly when the court was not in session, invites me to make a motion to disqualify the referee. 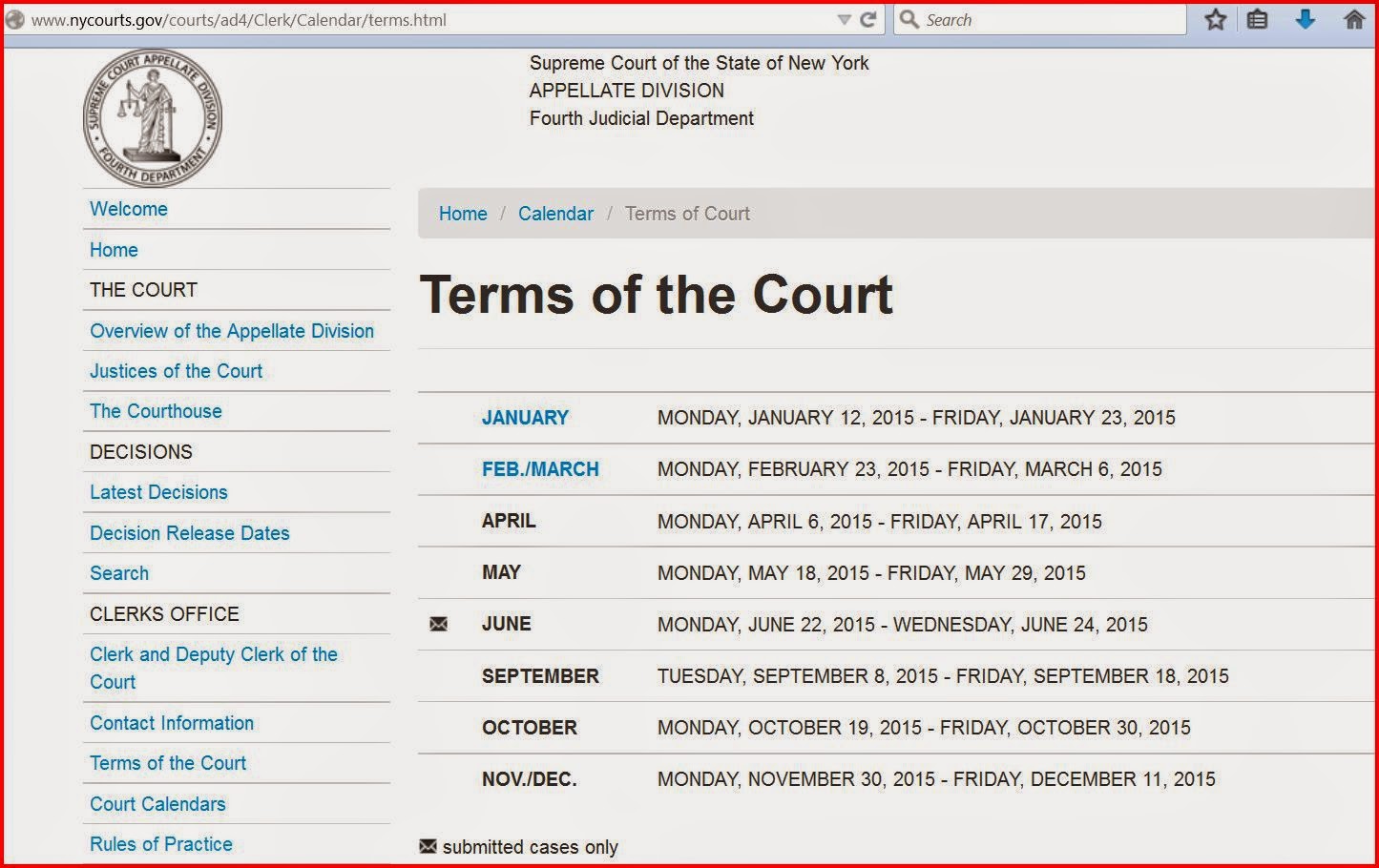 Neither of the letters may be considered as a "lawful mandate of the court" for purposes of a criminal contempt proceeding.

And I remind my readers that Mary Gasparini has filed the false criminal charges against me after and appears like in retaliation, because I sued her on December 10, 2014 for fraud upon the court and blogged about the filing of the lawsuit the same day.

But - since a disciplinary prosecutor is bringing this crap, excuse my French, she will probably be allowed to proceed, and even win.  She has never lost before, no matter how frivolous, fraudulent, stupid and outright insane her claims were.

We will see what happens.  Stay tuned.