Exchange of gifts between American Inns of Court, attorneys and judges behind closed doors really smacks of corruption and should be investigated

I have written in this blog about the so-called American Inns of Court and the benefits this attorney-funded secret-membership organization gives to participating judges.

I have also just made a post about the swift actions of an Inn of Court in Albany and a federal judge Lawrence Kahn to remove Judge Kahn's name as the President of the Inn as soon as a federal civil rights lawsuit seeking discovery of Judge Kahn's perks from that organization was filed, and about the multiple suspicious connections that one of the powerful law firms whose members confirmed participation in Judge Kahn's inn of court have with Judge Kahn's court.

Here is a diagram I put together showing the possibilities of corruption through the secret communications and secret monetary and non-monetary arrangements between judges and attorneys through social networking organizations such as the American Inns of Court. 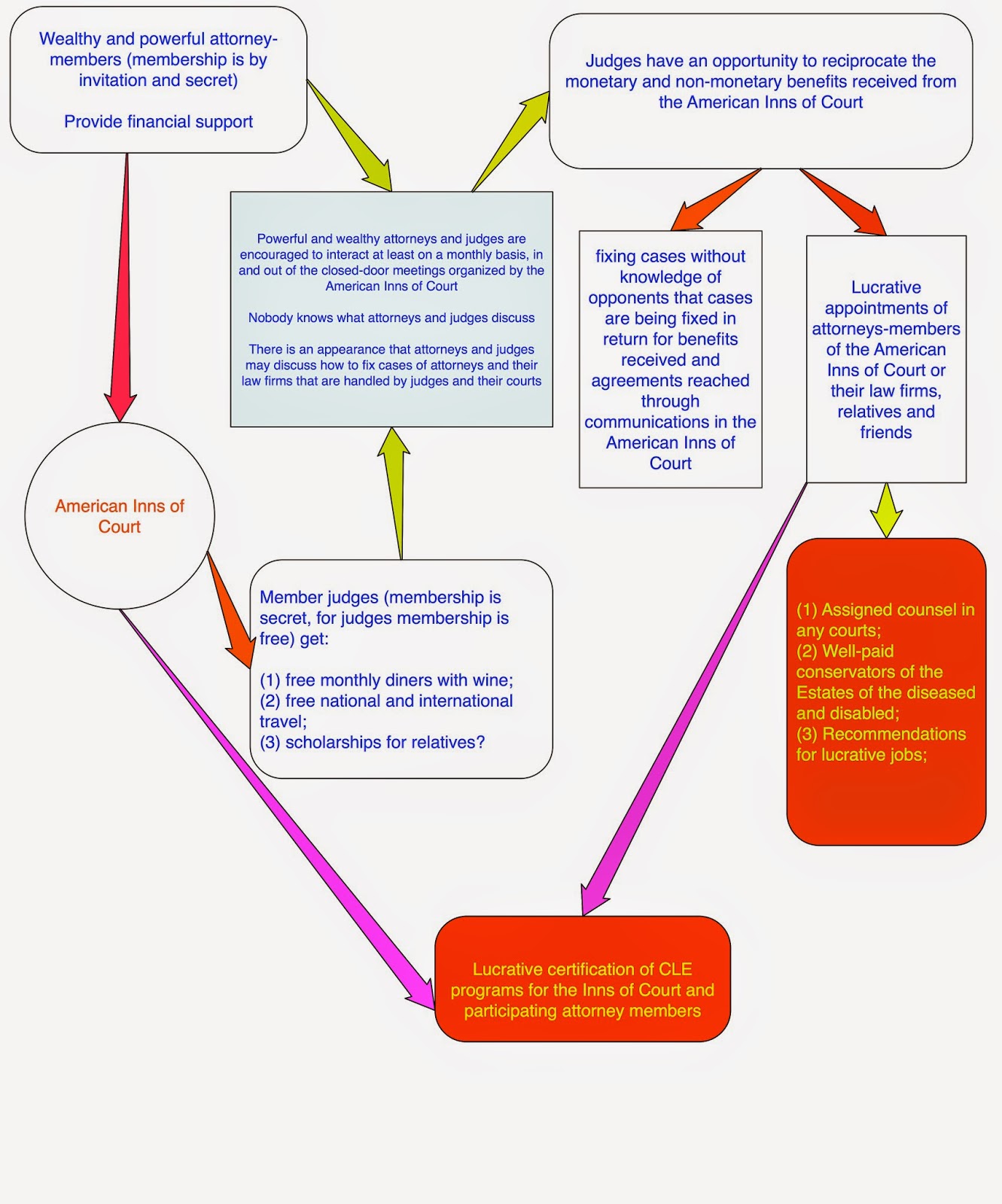 I say "possibilities of corruption" because the actual documents on true membership and true perks, both monetary and non-monetary, that judges receive from attorneys in such organizations are secret, and I can draw reasonable inferences only from the information I have found about judicial participation in the Inns of Court on the websites of the few Inns that made that information available.

As I already wrote in this blog, that in an action that clearly seemed like protecting their recent employees, and, possibly, protecting their personal interests, Judge Kahn together with Judge Suddaby, a judge whose former law clerk joined the law firm that was sued in Neroni v. Peebles that Judge Suddaby dismissed sua sponte, did not allow me a possibility to explore the issue of possible judicial corruption of judges who decided and are deciding my fate, through discovery. 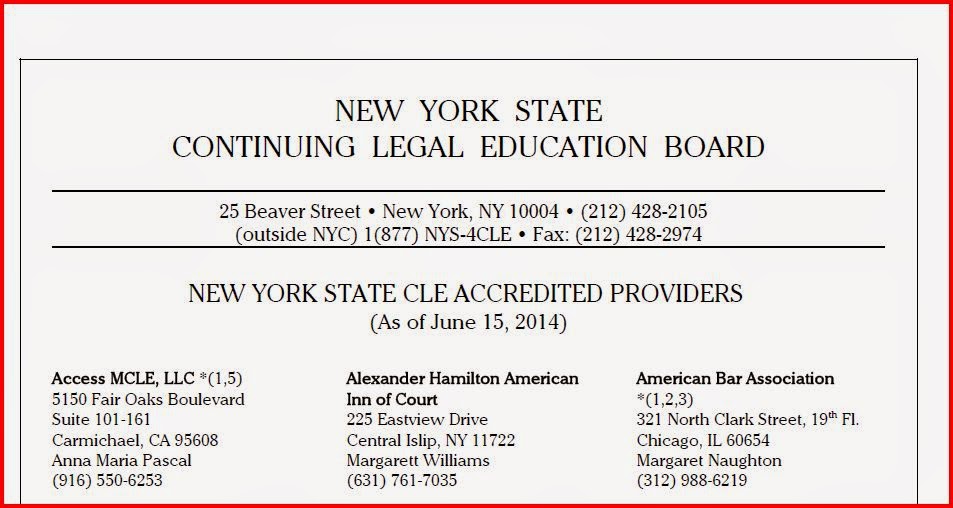 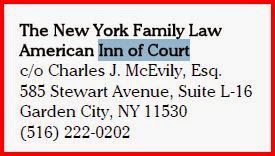 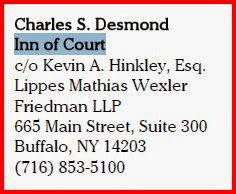 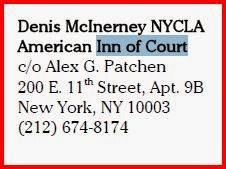 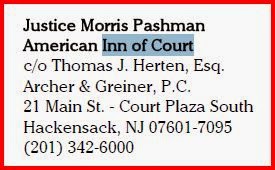 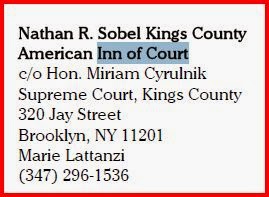 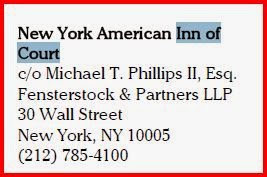 These are, ladies and gentlemen, SECRET MEMBERSHIP ORGANIZATIONS PROVIDING MONTHLY RECEPTIONS FOR JUDGES BEHIND CLOSED DOORS.

Yet, these same organizations are in receipt of lucrative endorsement from the judiciary allowing more money to come their way - to be used for more catering for judges behind closed doors?

In encourage you, my readers, members of the public, whose rights are daily affected by judicial decisions, to check out on the Internet the websites of each and every "Inn of Court" which was endorsed as a certified CLE provider (see photos above).

You will see, as I did, that all of those organizations conceal their membership, their schedule of meetings, whether judicial members are accepted and pay for their participation and what kind of perks were offered to judges and members of their families for free - such as, possibly, free international travel for judges and their spouses, as I described earlier in my blog when I first described the American Inns of Court.

So, each time you are in court, whether state or federal, against a large and powerful law firm, if the judge ruled for that law firm, you never know whether the judge ruled this way based on the law and the judge's so-called "discretion", or whether that "discretion" was motivated by a secret lavish dinner with alcohol, by a free international trip with the judge's spouse at the expense of the organization sponsored by the law firm.

When justice is bought this way, you can never be assured of "judicial independence" or "judicial integrity" of ANY judge who rules in your case, because, once again - membership in such organizations, as well as perks of particular organizations for its members, and member fees or lack thereof for judicial members are a SECRET that I could not reveal even through a federal lawsuit.

I wish that the U.S. Attorney's office already investigating corruption in New York State government, will finally turn their eye on these cosy arrangements, because such a blatant, how to put it politely,  this exchange of gifts between the judiciary and organization of politically powerful and wealthy attorneys who are providing monetary and non-monetary benefits to judges behind closed doors should simply stop.

Even though children of judges may work in that office, like the son of Chief Judge Gary L. Sharpe of the U.S. District Court for the Northern District of New York does...