Here is a letter that Chief Attorney Peter Torncello (who resigned amid investigation into his potential misconduct in allegedly falsifying time sheets, but also sued for fraud upon the court) - wrote to me when I turned HIM in for misconduct into HIS Committee for Professional Conduct - because in New York, there is no other way to turn in disciplinary prosecutors.

In his letter, attorney Torncello (who still has his law license intact) explained to me that I need to address with my " allegations" his litigation counsel.

Peter Torncello also did not seem to realize while writing this letter that the complaint filed WITH the Committee should be reviewed BY the Committee - and if it is about members or attorneys of the Committee - all that has to be done is appointing disinterested investigators and prosecutors who would handle it.

Peter Torncello did not seem to realize that the Committee members or attorneys HAS NO AUTHORITY TO REJECT complaints AGAINST THEMSELVES without first RECUSING from HANDLING SUCH COMPLAINTS in ANY WAY.

Once again - if a mechanism of disqualification is not in existence in the Committee where misconduct of its own members is the issue of a complaint to the Committee (as Peter Torncello's letter clearly shows), it is frivolous for these prosecutors to claim prosecutorial immunity, given to prosecutors by the U.S. Supreme Court specifically because they are otherwise subject to attorney discipline.

I also provided a diagram of how the little policy of non-prosecution that Peter Torncello generously applied to the complaint AGAINST HIMSELF is - or is not - applied at the Committee's whim and in accordance with the status of the attorney  who is the subject of the complaint and the attorney's relationship with members of the Committee.

It is not the policy which rules in the Committee for "Professional" Conduct, Appellate Division, 3rd Department - it is clear, obvious and unadulterated corruption. 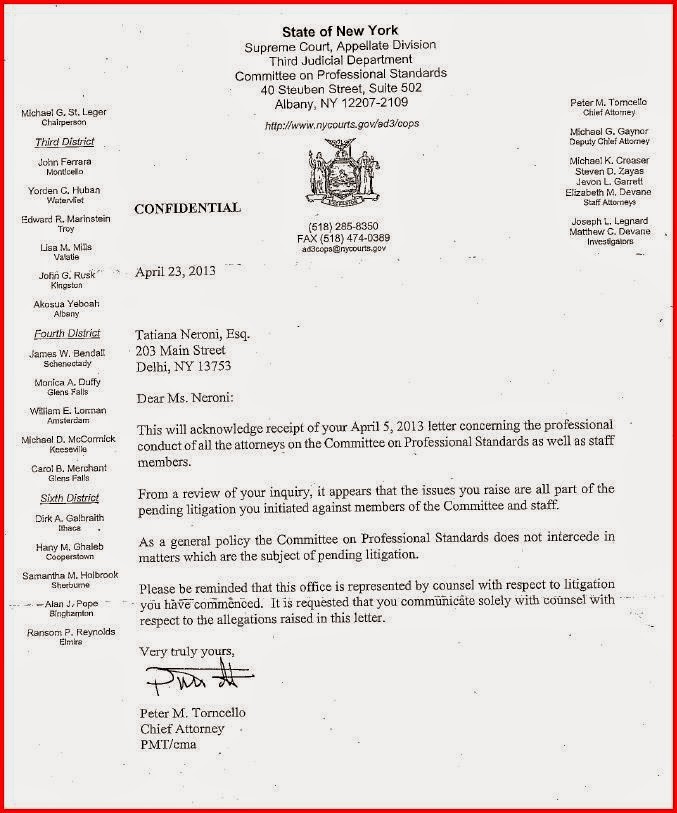 I apologize for the small font in the diagram and request the readers to use the magnification that computers and tablets allow to view this table.  Unfortunately, I was not able to make the diagram larger while preserving all details in it. 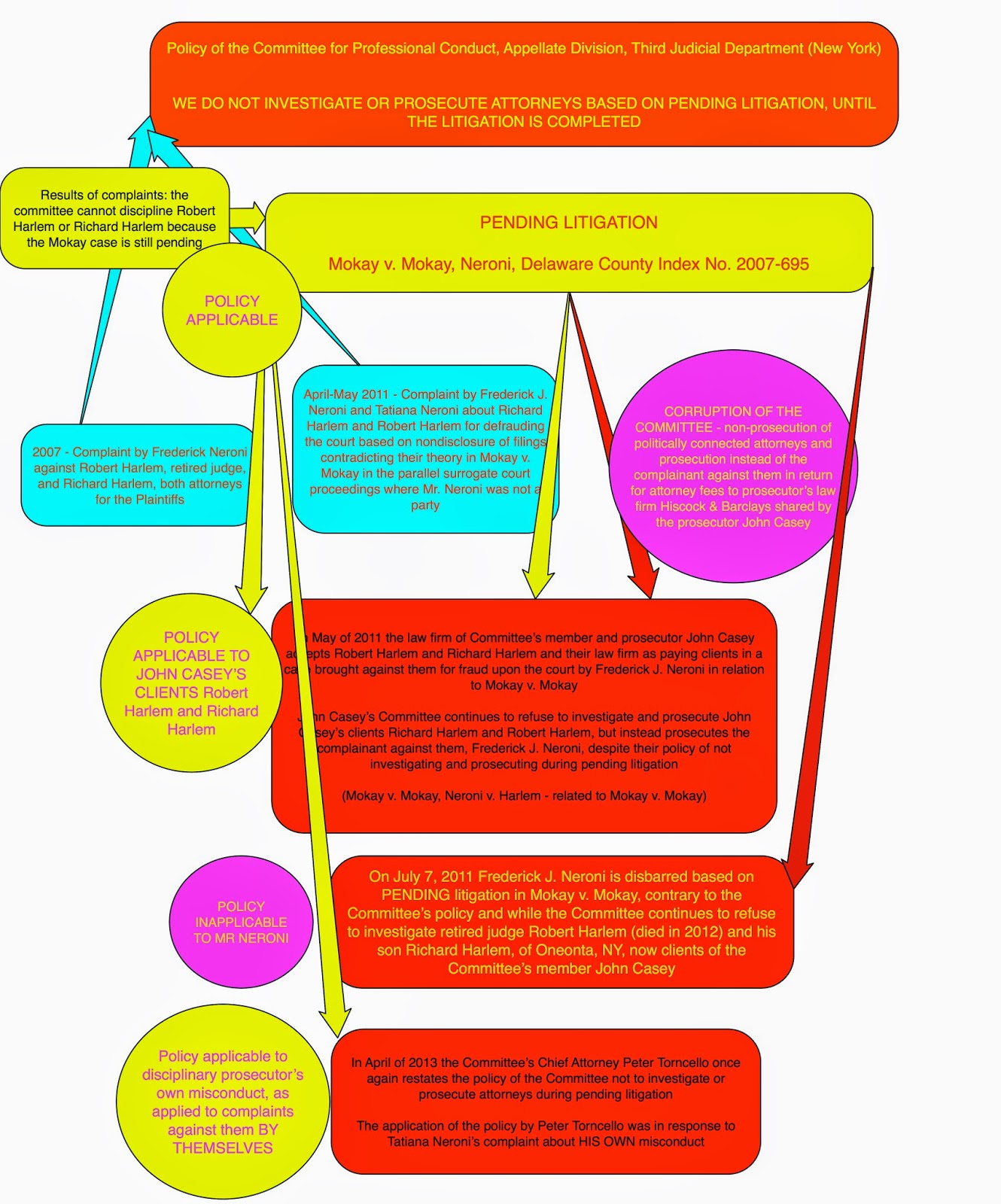 Here is for your comparison:

The date of my husband's disbarment - July 7, 2011 (connected to the actual court decision by a link).

Next, here is a scan of John Casey's self-advertisement showing that:

(2) he has been a member of the Committee for Professional Conduct in 2007-2013, including the time when my husband was prosecuted by his Committee and disbarred:

A scan from New York E-courts from the case Neroni v. Harlem showing that a Request for Judicial Intervention (request for a judge to be assigned to the case) was filed on 6/13/2011, before Mr. Neroni's disbarment, and that Hiscock & Barclays, where John Casey was at the time a law partner, represents the Defendants: 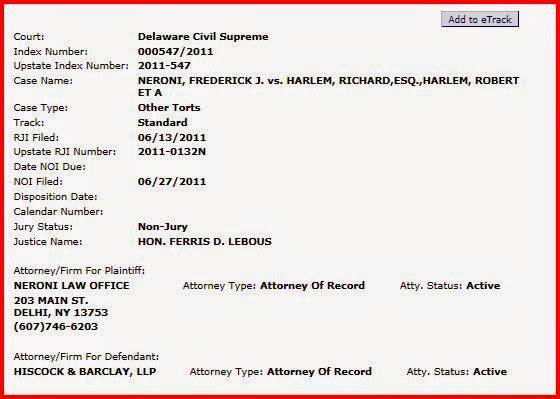 The law of agency in New York applies equally to all partnerships, including law partnerships:  if a partnership represents a party, each partner of the partnership is PRESUMED by law to be representing that party.

My question remains - when will this corruption end and when John Casey will be prosecuted and disbarred for his misconduct?