The "anti-vaxxers" are the cause of measles outbreaks. Right.

Who is the cause of it.

The government and media sources that practice "hedging journalism", protecting the paper from possible government backlash - say that "anti-vaxxers" are to blame.

And, people do not want to use their heads and conduct their own research.

Consider just another irresponsible media provocation on the subject by the Oneonta NY's The Daily star - and comments there. 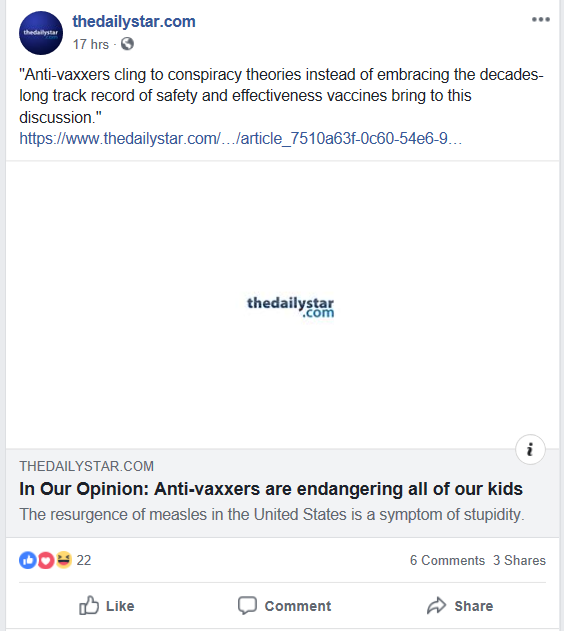 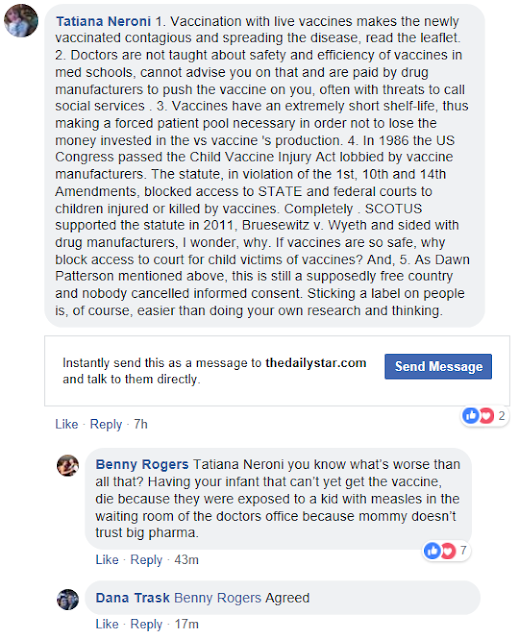 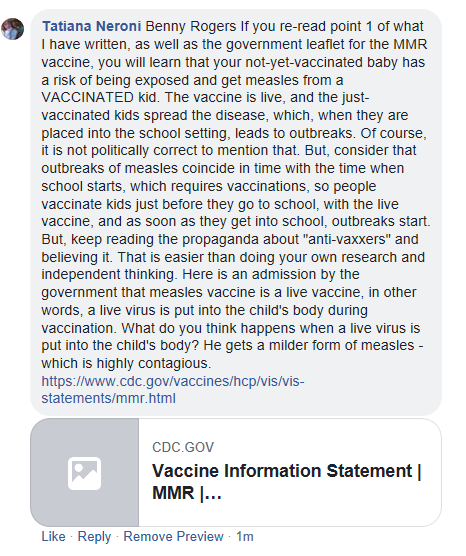 When we are given education and taught how to read, it is not only to read newspapers.

It is to read leaflets of vaccines we are putting into our own, and our children's body, which say that the measles vaccine is a LIVE vaccine.

It is to read enactments of Congress, and the decisions based on them of the U.S. Supreme Court, our servants who have made our children a captive market for the big vaccine manufacturers - and, when mass vaccinations with live vaccines have proven disastrous, are siccing people at one another, and siccing the media at those who retained the ability to think independently for themselves.

Here is why, if your child is injured or killed by the vaccine, the child (or the child's estate if he is killed) IS NOT ALLOWED ACCESS TO STATE COURT,
Don't you find this discrimination in blocking access to court only to child victims of negligent design, marketing and application of vaccines suspect and unreasonable?

"In the United States, low profit margins and an increase in vaccine-related lawsuits led many manufacturers to stop producing the DPT vaccine by the early 1980s.[4] By 1985, vaccine manufacturers had difficulty obtaining liability insurance.[9] The price of DPT vaccine skyrocketed, leading providers to curtail purchases, limiting availability. Only one company was still manufacturing pertussis vaccine in the US by the end of 1985.[9] Because of this, Congress passed the National Childhood Vaccine Injury Act (NCVIA) in 1986, establishing a federal no-fault system to compensate victims of injury caused by mandated vaccines.[10][11] "

Not to mention that counter-indications to vaccination with MMR and any other live vaccine are quite wide, and the vaccine is, very obviously, not meant for everyone.

But, of course, the U.S. Congress is a bunch of OUR representatives who WE the people DELEGATE LIMITED POWERS to make laws

And, within these boundaries, the U.S. Congress MAY NOT block access to courts at all, and access to STATE courts - especially, because that would be an infringement upon the rights of the states.

Did you see State Attorneys General suing the United States for that infringement to declare this statute unconstitutional?

It exists for 33 years - and you, likely, did not even know about it.

Moreover, in 2011 our God-blessed U.S. Supreme Court has affirmed its supposed legality.

Only 2 dissents - by Sotomoyor and Ginsburg.

When you are reading about yet another lawsuit pushed by State Attorney Generals against Trump, claiming, under the 10th Amendment, that federal taxpayers must absolutely complement state and local budgets in sanctuary cities and states, which is 10th Amendment put on its head, remember that these same people did not sue to give BACK to your child what was snatched from your child by the U.S. Congress and by the U.S. Supreme Court - the right for a legal remedy if a grave injury or death occurs because of somebody's product put into the child's body.

Ask yourself - why anybody has access to court and the right to sue everyone in the chain who manufactured and sold the bad product that injured that person, if
Why such a protection of a certain class of product manufacturers from liability in court?

And what is the basis for the U.S. Congress to take away access to court FROM THE MOST VULNERABLE part of the population, the legally incompetents, minors - especially injured minors and estates of killed minors?

Does it make any sense to you?

And, my question is also - did the U.S. Congress, with all of its legal advisers, and did the U.S. Supreme Court, the 6 deciding judges, with 4 law clerks each (that is, 30 people with stellar legal education and training all in all) not know the text of the 7th Amendment that EVERY SINGLE ONE of these 30 people were sworn to uphold as a CONDITION of working where they work?

In suits at common law, where the value in controversy shall exceed twenty dollars, the right of trial by jury shall be preserved, and no fact tried by a jury, shall be otherwise reexamined in any court of the United States, than according to the rules of the common law.
See?

Neither the U.S. Congress, nor the U.S. Supreme Court had a right to take away from children injured or killed by vaccines the right to a jury trial.

In violation of their collective oaths of office.

In order to bow to the drug manufacturers and make their life so much easier.

Imagine - no lawsuits for liability for sloppy design, non-disclosure of dangers and side effects, and for fraudulent marketing, including taking doctors on luxury trips so that they would tell parents and write in medical "professional", "peer-reviewed", journals, that the vaccine is safe when they knew it was not.

Where are State Attorneys General protecting your rights?

Where are the Democratic female House Representatives, all dressed in white, fighting to restore your children's constitutional right to a jury trial if they are injured by the poison your doctor puts into your child's body for his own profit and for the profit of the manufacturer, without allowing you to make a truly INFOMRED consent - because you are not given the essential INFORMATION about the dangers of the vaccine?

As one of the opponents of this unconstitutional move by the U.S. Congress and the U.S. Supreme Court reasonably pointed out, if there is no liability for vaccine manufacturers - vaccines may not be mandated by the government.

By the way, you know who pays damages to a person injured by a bad:

The manufacturer and the seller.

You know who pays now into the "no-fault" system for injuries from vaccines - which you will not be able to get anyway, this is how the system set up?

You do, my dear Americans, through surcharges on all vaccines.

In other words, YOU pay for the MANUFACTURERS and SELLERS (doctors') bad, sloppy and fraudulent "work".

It is the concept of legal liability put squarely on its head. 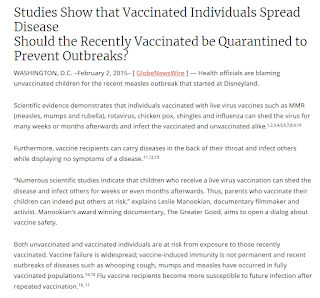 go ahead and continue to blame the "anti-vaxxers" for measles outbreaks.

Or - maybe, you need to act like a parent and a citizen and demand from your government, your own  "public servants", to:

1. repeal the unconstitutional Child Vaccine Injury Act of 1986,
2. restore children's right of access to court and to jury trials in such cases.

Because, unfortunately, in the "rule-of-law" United States of America the truth from the powerful, rich and well-connected manufacturers about the true dangers of vaccines can be obtained

but ONLY IN COURT - after extensive discovery of related documents and depositions of people "in the know".

To block disclosure of that truth is the true reason for creation of the Child Injury Vaccine Act - and its upholding by our corrupt U.S. Supreme Court.

Your child's life and the difference between being permanently disabled or not, may depend on it.

Demand from your doctor to provide to you the information whether he received any financial benefits or benefits "in-kind" from the vaccine manufacturer - trips, free samples, free lunches, endorsements of his articles in medical journals.  Many doctors receive such bribes.

Demand all information regarding the vaccine's side effects.

Demand checking whether your child has any counter-indications for that vaccine.

You informed consent to put that particular poison into your child's body will not be "informed" without it.

Posted by Tatiana Neroni at 6:09 AM