Presumption of innocence in the minds of Americans is something really, really stupid

I have written on this blog repeatedly about the general tendency of the American public not to accept the concept of presumption of innocence in criminal proceedings.

I wrote about it, for example,


It is happening not only in Mississippi or New York - but across the country.

Just get on Facebook and read comments to any announcement of criminal charges, especially about children.

It is usually this type of stuff - this case is out of Leadwood, Missouri: 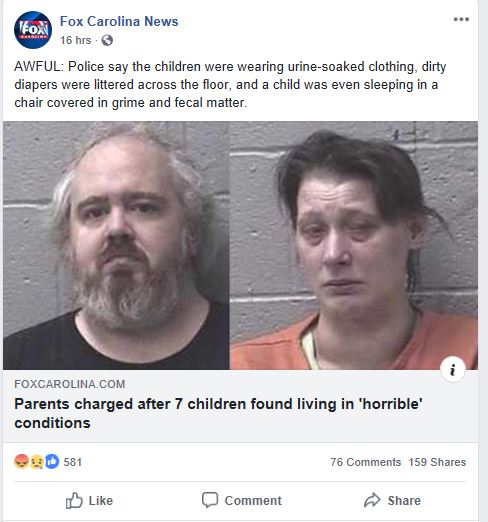 As in - presumed innocent.

As in - the police and prosecution SHOULD NOT engage in pretrial publicity that may undermine due process rights of the accused.

As in - the report must say, if at all, that the police ALLEGE that they have found those conditions.

Yet, allegations of the police, and criminal charges brought based on those allegations, are presented to the public as EVIDENCE.

Which is direct police and prosecutorial misconduct - deliberate contaminating of the jury pool.

And that intentional contamination of the jury pool did produce the desired result: 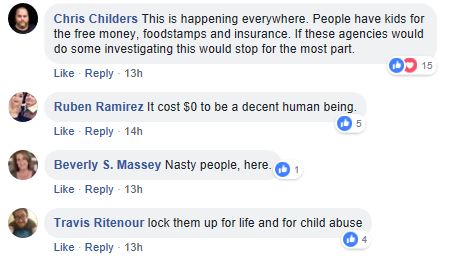 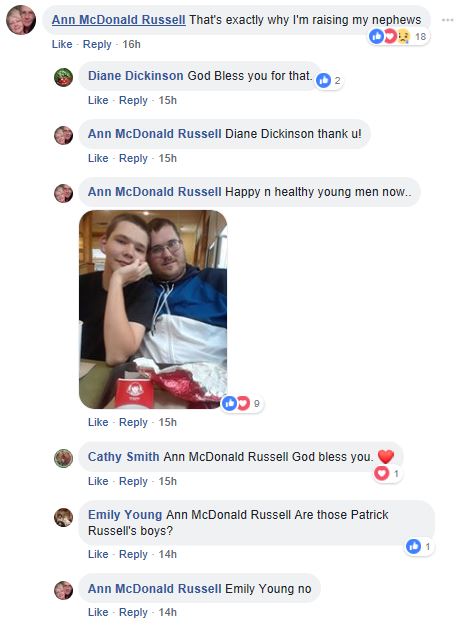 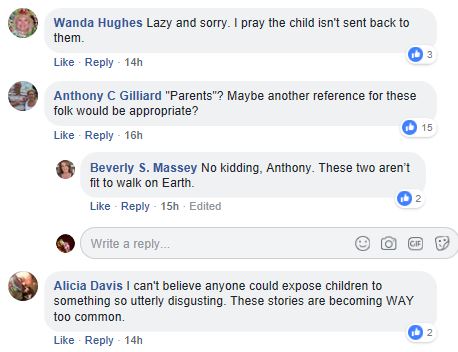 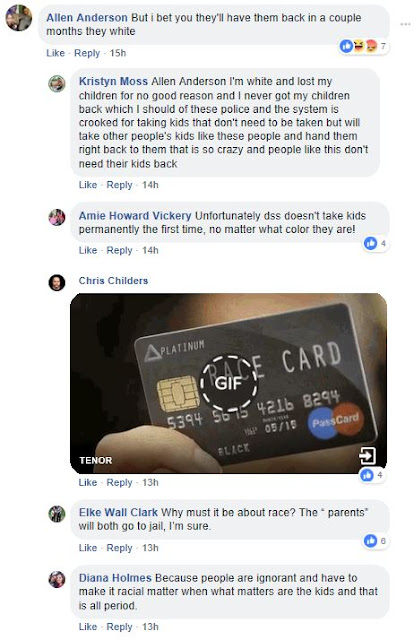 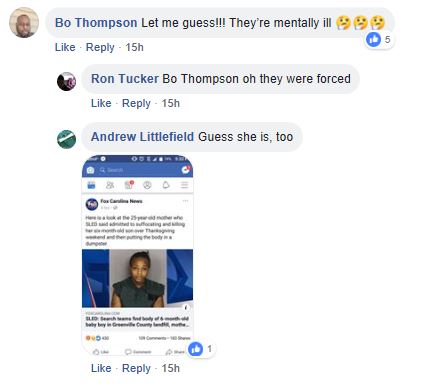 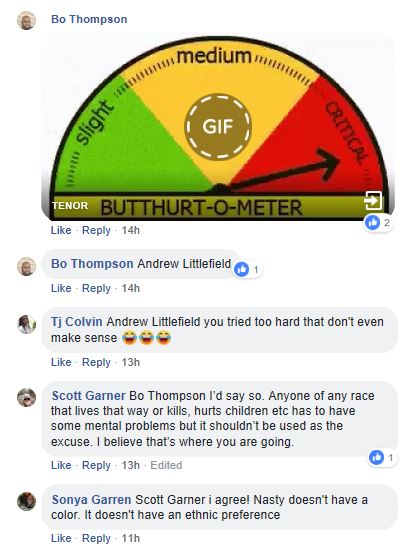 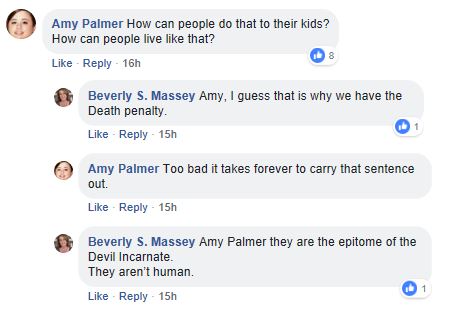 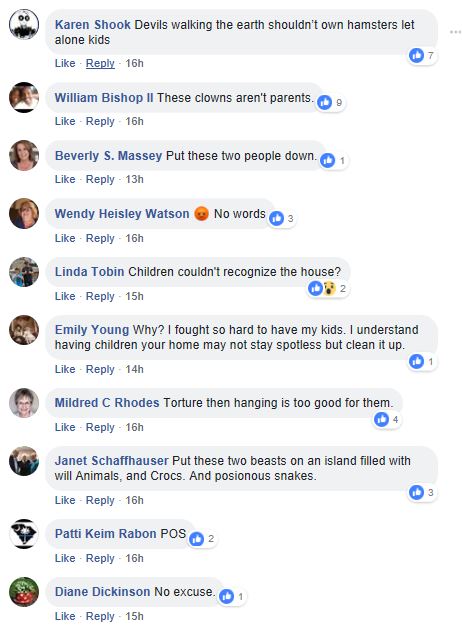 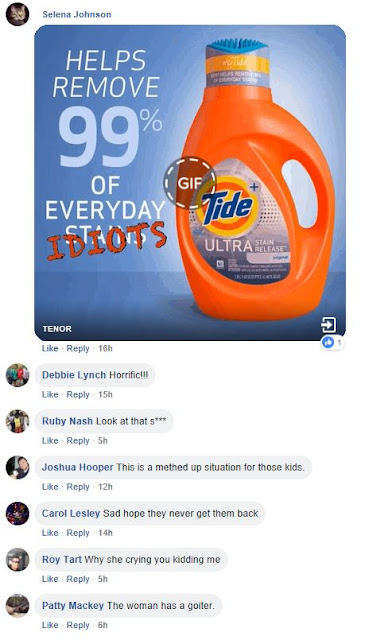 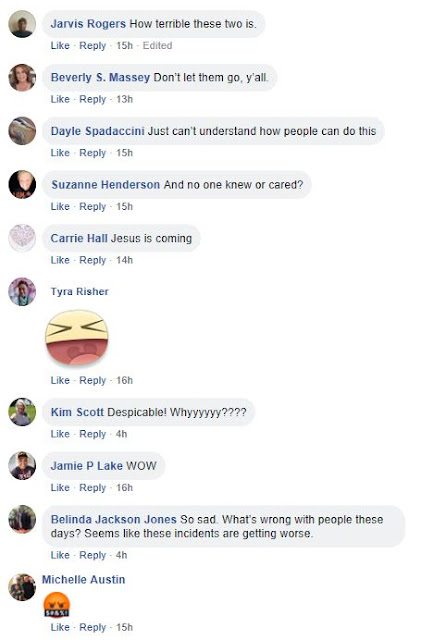 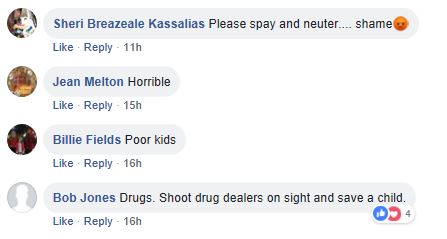 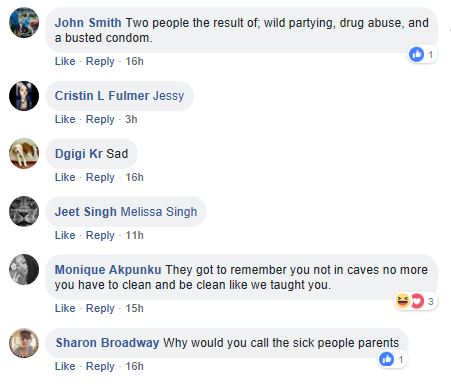 The public, right on cue from the prosecution,

Now, I have asked a question (the only one who actually asked that particular question) - what about presumption of innocence.

Same as in my discourses in 2015 and 2017 (links above), the reaction was - bashing me for mentioning presumption of innocence of people charged with a crime and actually presumed innocent. 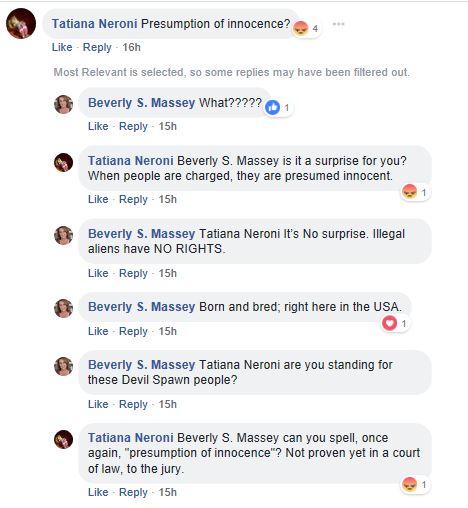 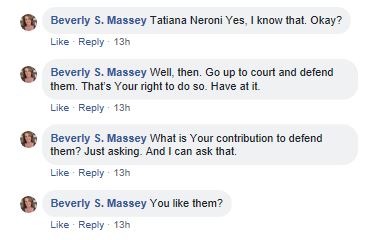 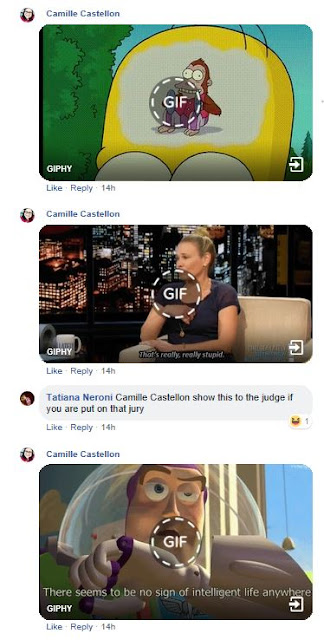 One - the one who wanted to get on "that jury" in order to convict and sentence to death based on the news article, calling people charged with a crime and presumed innocent "Satan's Spawn" and calling me out for "standing up" for them.

The other simply threw some animated gifs at me, one of a monkey, another saying "this is really, really stupid", and a third one, saying "there seems to be no sign of intelligent life anywhere".

Because I mentioned the main constitutional right of criminal defendants in a criminal proceeding in the United States - presumption of innocence.

So, police and prosecution, with the help of the media, has turned the right to a jury trial into a joke, inciting emotions from the public long before the trial and causing people to believe unsworn hearsay allegations as evidence, believe to the point that presumption of innocence becomes a very, very stupid idea.

Recently, the Mueller investigation, in order to justify its continued existence costing taxpayers millions of dollars (don't start with the "investigation paying for itself", please, that is yet another constitutional violation), further embedded into the minds of American public, the jury pool, the idea that

charges and indictments are, in fact, evidence of a crime committed - contrary to the concept of presumption of innocence UNTIL FOUND GUILTY BY THE JURY OF YOUR PEERS, and contrary to the standard jury instructions based on that concept.

So, on the one hand, there exists a constitutional right of every criminal defendant in the United States to a presumption of innocence (declared by the U.S. Supreme Court 123 years ago, in Coffin v United States, 156 U.S. 432 [1895]) and to his right to remain silent from the beginning to the end of the proceedings (the 5th Amendment right not to incriminate oneself).

And, based on the 5th Amendment and presumption of innocence, all standard jury instructions in criminal court include an instruction to the jury that an indictment is not evidence.

What IS evidence as per jury instructions, is: 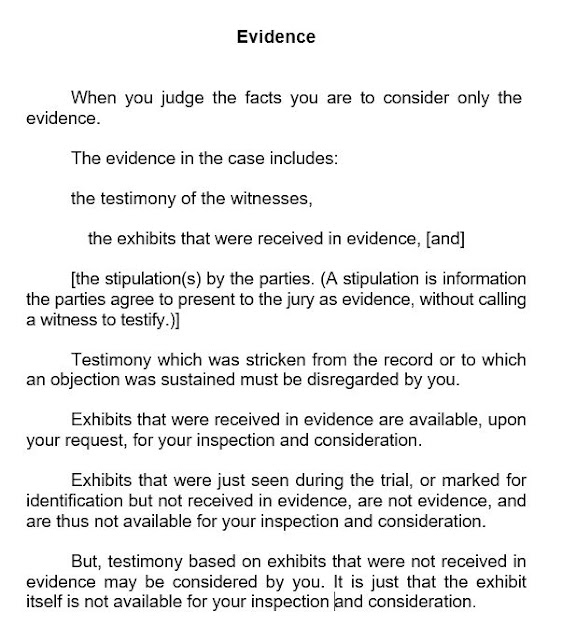 And yet, when recently I mentioned in my comment to an article regarding the Mueller's investigation that he has failed so far to produce any evidence, those answers that at least attempted to address my statement on the merits and not bash me as a "stupid crazy fucking Russian troll", insisted that an indictment is, indeed, evidence of a crime: 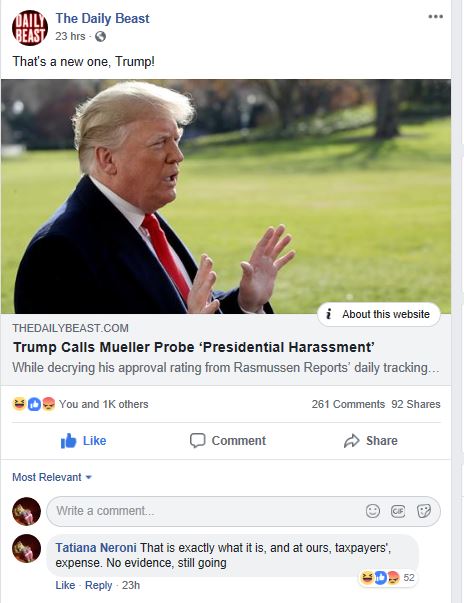 And, even though jurors are forbidden to draw negative inferences and consider as evidence of a crime a criminal defendant's (or suspect's) invocation of his 5th Amendment right to remain silent, and remaining silent:

that does not prevent either jurors convicting defendants, despite clear court instructions to the jury, for not testifying at trial (rewind it to 6:35), or members of the American public in comments pointing out (here, in opposition to my comment that Mueller's investigation produced no evidence), this "evidence": 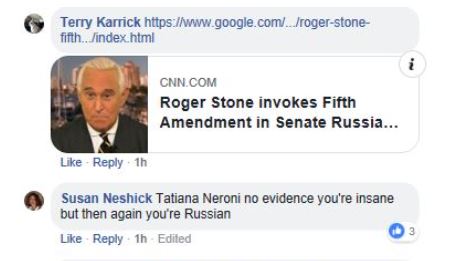 And, remember what is considered evidence in court as per jury instructions?

We now have "evidence" in the trial-by-the-media, like this: 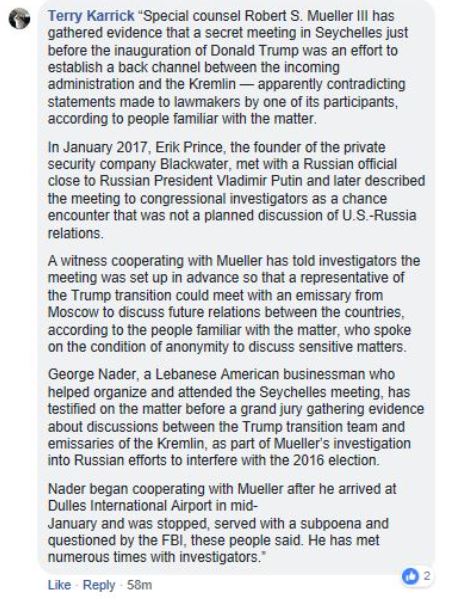 No names ("a witness cooperating with Mueller has told investigators", "according to the people familiar with the matter, who spoke on the condition of anonymity to discuss sensitive matters").

Here goes the 6th Amendment right to confront your accuser - you do not even know the accuser's name, but it is supposedly "evidence".

And let's see this "crown jewel" of an answer as to the "no evidence" statement:


Let's list what Nicholas Perez considers "evidence" in a criminal proceeding - compare with evidence as per jury instructions above: 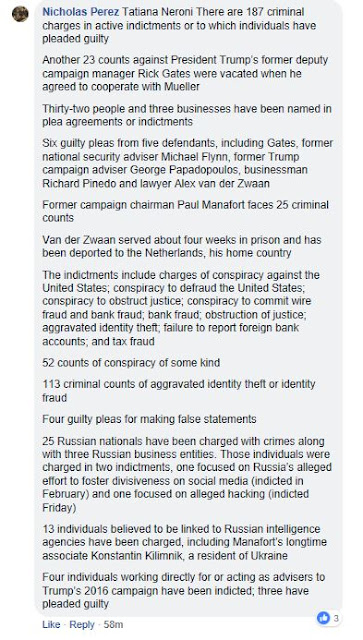 In other words - NO EVIDENCE, if you compare what was alleged as evidence with what is accepted in court as evidence, as per criminal jury instructions (above).

And, one of the most important points that Nicholas Perez has made, pointing out "evidence" that the Mueller's criminal investigation has supposedly unearthed is this:

Bought evidence - and, thus, impeachable as not reliable.

If you hear the juror in Paul Manafort's trial, her full statement to the press, you will find there that the juror did not believe the main witness against Paul Manafort specifically because he testified in exchange for a plea bargain.  As the juror indicated, she believed that such a witness would do anything to save himself, and is thus not believable.

That is the reason why pleas or agreements for leniency with prosecution are considered "Brady material" that must be disclosed to the defense, in order for the defense to use it in cross-examination and impeachment of such a witness, at trial.

Here is a checklist of North Carolina public defenders as to what needs to be addressed in cross-examination of a "snitch", a person who testifies against a criminal defendant in exchange for a benefit from the prosecution: 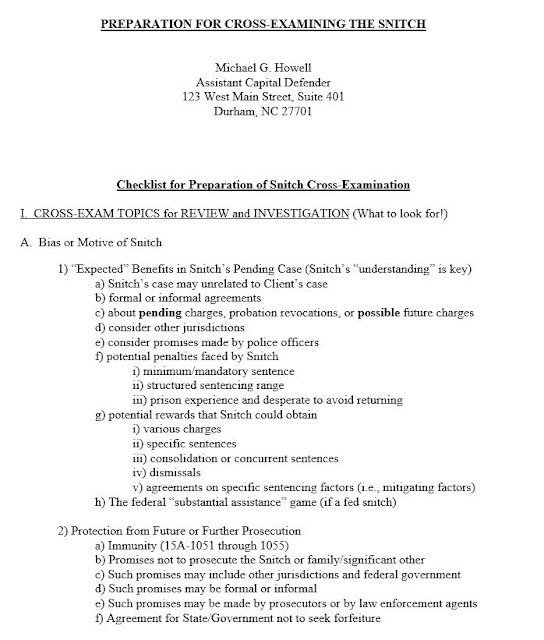 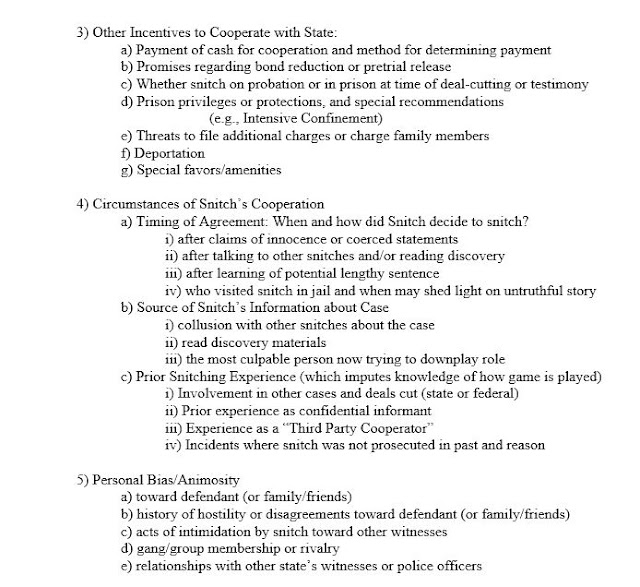 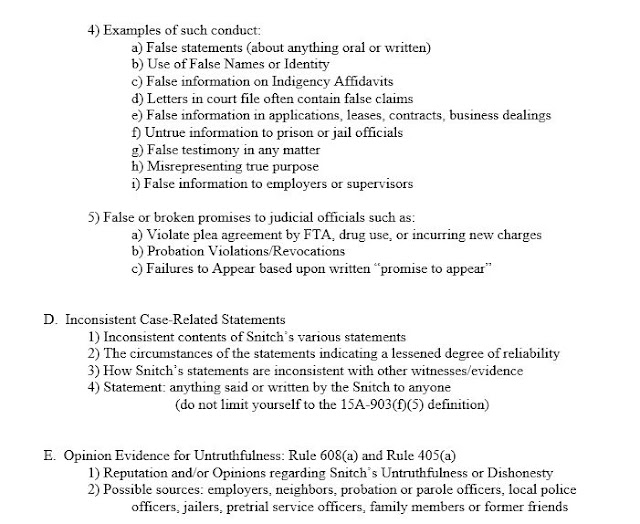 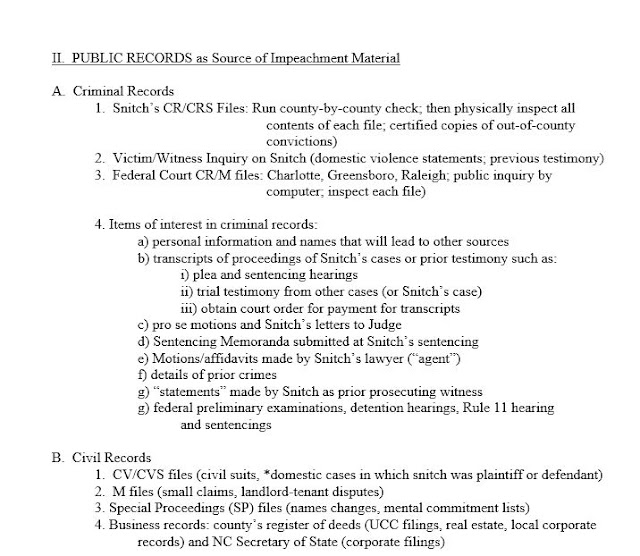 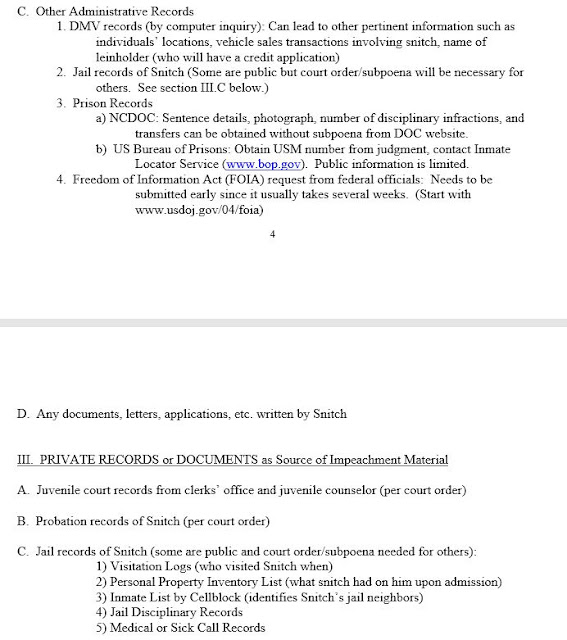 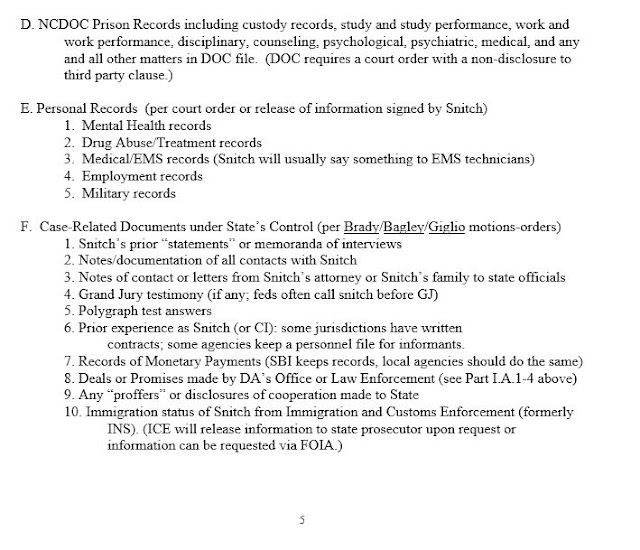 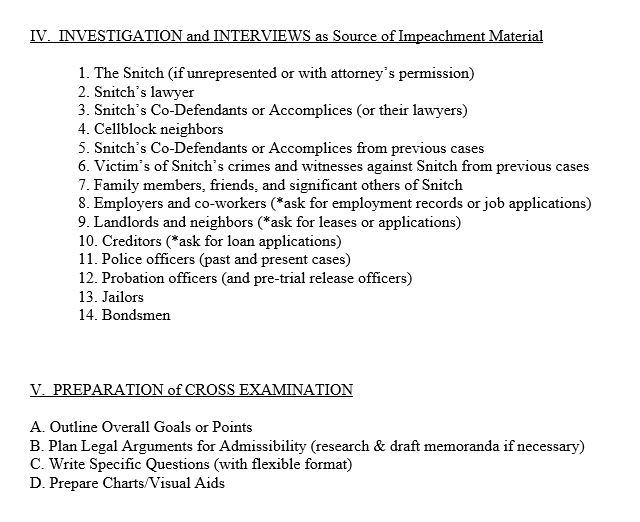 It is not by chance that criminal defendants are given confrontation rights by the 6th Amendment, and that bought witnesses - by any benefit or favor at all - are subject to impeachment by the defense.

By the way, one of the legal scholars commenting Mueller's actions in seeking to buy witnesses by "favorable" plea offers or withdrawing ("vacating") their charges commented that, had a criminal defense attorney tried to buy a witness with the help of ANY benefit offered to that witness in exchange for his testimony at all, the defense attorney would have been criminally charged with contempt of court, fraud upon the court and obstruction of justice.

Apparently, when the prosecutor engages in the same criminal conduct - buying a witness, tampering with a witness by offering him benefits for certain testimony in favor of the prosecution - it is glorified by the public and presented as "evidence".

What can I say.

But, in this particular situation, the "necessity" for certain individuals, groups, business and groups of media outlets to flare hatred to one person, Donald Trump, further eroded, to the point of destruction, the constitutional right to a fair jury trial for ALL Americans - because, based on media's presentations that

contaminate the jury pool of the country BEYOND REPAIR.

Posted by Tatiana Neroni at 1:24 PM