Harassing public defenders and violating constitutional rights of criminal defendants is a suspendable offense for a judge in Missouri. In New York, only harassment of prosecutors can get a judge off the bench

In an amazing move, the State of Missouri suspended a judge, Chris Kunza Mennemeyer, for harassment of public defenders, and for intentionally delaying cases of criminal defendants in order to charge them money for room and board in jail (!) and to deprive them of counsel.

Here is the "heroine": 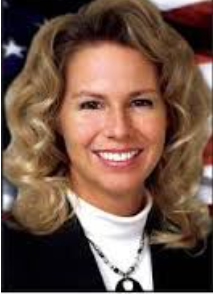 This judge was reportedly the subject of THREE writs of prohibition in one month - an extraordinary occurrence.

The subject of one writ was that the judge improperly silenced the testimony of an alternative suspect in a murder case.

Compared to New York, Missouri appears to be the shining example of transparency and accountability in judicial disciplinary proceedings.

In New York, a judge will only be taken off the bench if he displeases prosecutors.

As it happened recently to judge Thomas Keefe, the "sit the F**K down" judge of the Albany City Court.

I actually had a report from a witness from August of 2014 that this particular judge, in an eviction proceeding:

I actually heard the "sit the f**k down" yelling by Judge Keefe on the tape.

Individuals in question were then blocked from getting a transcript or an official audio file of the same proceedings from Judge Keefe's court.


So, When Judge Keefe harassed pro se parties, mocked them for trying to make legal arguments and yelled at them "sit the F**K down!!!" during those legal argument - complaints about him were disregarded, and the court refused to release copies of audio recordings of his rantings to the parties whom he harassed in the courtroom.

Yet, Judge Keefe was recently forced to resign amid investigation of his misconduct.

Misconduct continuing over a LONG period of time.

The press wrote about Judge Keefe's courtroom "style", or in other words, about his extreme rudeness, in 2009 and in 2013 - yet the judge remained on the bench.

This is the judge who ate at the bench and puts his feet on the bench - while not allowing everybody else to eat in his courtroom and put their feet on the tables or chairs in front of them.

So, what drove the New York State Judicial Conduct Commission to draw the line in 2016?

Here is what Judge Keefe was finally charged with - and what caused his disciplinary resignation with implied permission to retaliate by the end of September 2016:

SUMMARY of the 13 charges against Judge Keefe:

Out of 13 charges, only 2 charges were directed at some wrongdoing towards a defendant:

Charge 12 - prohibition to a criminal defendant to call her attorney and jailing the defendant for disobeying and calling her attorney;

Charge 13 - rudeness towards a defendant.

Normally, charges of ex parte communications towards a party in a criminal or civil case is disregarded by the NYS Commission for Judicial Conduct as not warranting even investigation.

My MULTIPLE complaints about documented cases of ex parte communications were tossed by the NYS Commission for Judicial Conduct without investigation.

Here, the Commission bent over backwards to accommodate the complaint of prosecution about ex parte communications.

So, the No. 1 charge was unwillingness to accept plea bargains for charges reduced from felonies, and for disrespect to prosecutors - not to pro se litigants, not to defendants, but to prosecutors.

While Judge Keefe was complained about by the "sit the f**k down" defendants - and the complaint amounted to nothing (a form letter saying "your allegations did not warrant judicial discipline"), here is what warranted a disciplinary resignation: 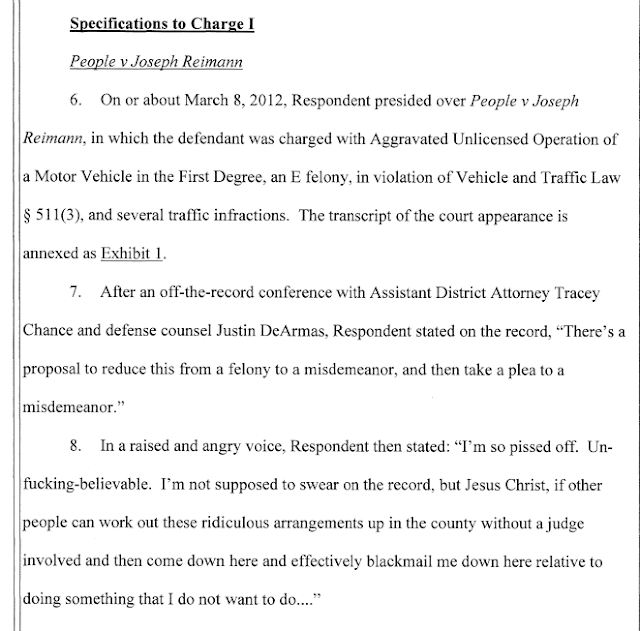 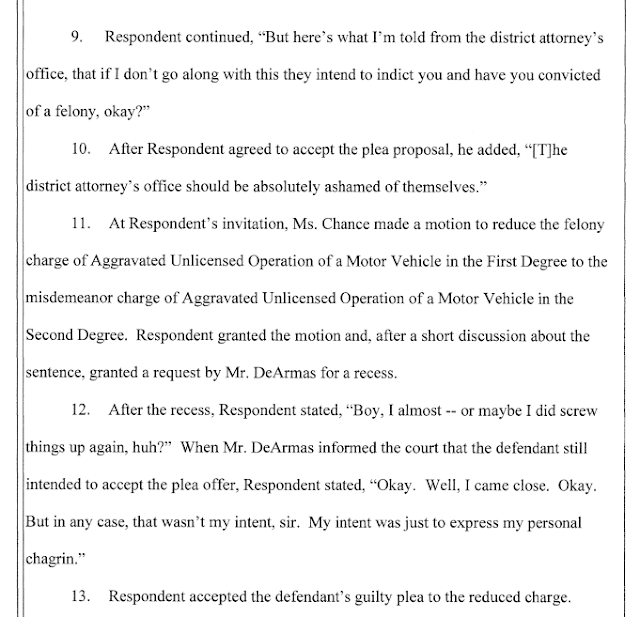 Judge Keefe actually had no authority to try felonies in Albany City Court (only County Court and Supreme Court have such authority in New York).

Yet, Judge Keefe did not have to accept plea bargains, he had a full authority to reject a plea bargain.

The next specification is also for the judge's comments and unwillingness to accept plea bargains down from a felony to a misdemeanor.  Please, note that the threat of the DA as to the defendant "facing prison time" was only valid if the charges are valid - and there is a clear possibility that the criminal charges in New York are so sloppily put together that they cannot withstand an indictment, or post-indictment pre-trial motions, or a trial, and that the defendant was simply steered into an easy (for the prosecution) plea.

So - Judge Keefe was not suspended for something BAD (even though they did through in a couple of charges about violations of defendants' rights).

Judge Keefe was predominantly suspended for taking the defendant's side and hurting the prosecution.

And in New York, inlike Missouri, a judge cannot keep on the bench if it crosses the prosecution.

Posted by Tatiana Neroni at 3:26 PM