NYS Appellate Division 4th Department: we are not in compliance with the law and due process as to who is permitted to investigate and prosecute attorney disciplinary proceedings, but we do not care


Admission and removal from practice of attorneys is governed by Judiciary Law Section 90.

Nowhere in Judiciary Law Section 90 will you find authorization for existence of committees within appellate divisions handling investigation, prosecution and suspension or removal of attorneys from practice.

Yet, Judiciary Law 90(7) does prescribe who and how should be given authority to investigate and prosecute attorney disciplinary proceedings in New York. 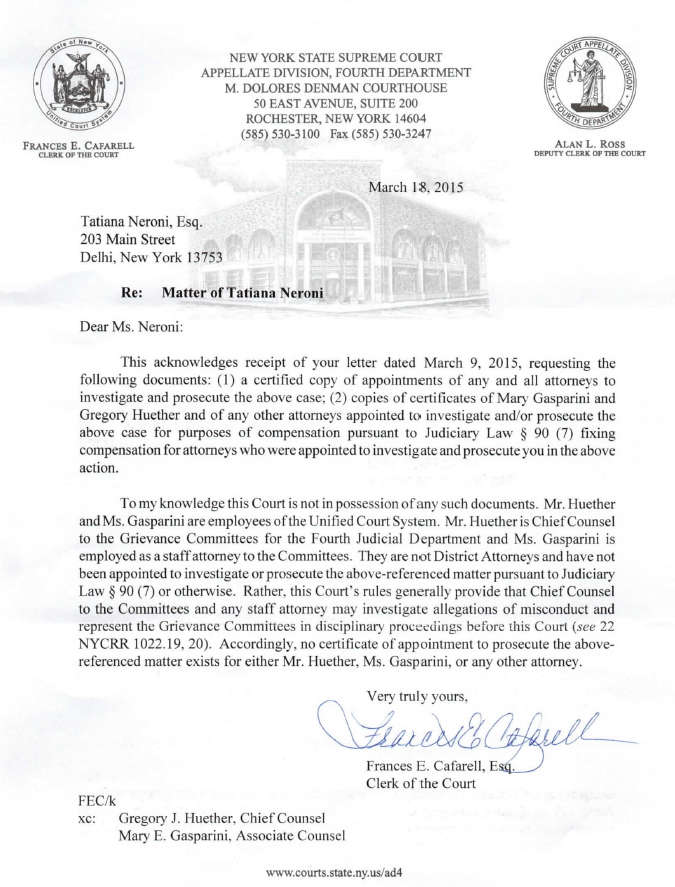 The clerk of the 4th Department expresses to me her opinion as follows:

Posted by Tatiana Neroni at 1:22 PM