Here is a full text by the Oneonta "Daily Star"'s staff writer about a yet another "treatment" court opened by the corrupt Judge Brian Burns, the Otsego County court judge .


"Otsego County has launched a specialized court that addresses the unique challenges presented by opioid addiction.


It was created as part of the statewide effort by the state Unified Court System to address these issues, according to a media release from the state Unified Court System.
The new Opioid Court is an outgrowth of the county's already existing Drug Treatment Court, improving the treatment court model by focusing on early intervention and treatment, Otsego County Court Judge Brian Burns said. The new court's first session was Dec. 13, he said.


According to the release, the court will accept both felony and misdemeanor cases from the Otsego County Court and any town or village court in the county. The court will also accept referrals from local attorneys, police agencies, first responders, probation officers and any other agencies working with at-risk opioid users, according to the release.
Traditional treatment court typically involves someone pleading guilty and being sentenced in treatment court, a process that can take weeks, Burns said.
"For someone with an opioid substance use disorder, they may not have weeks," Burns said. "We put the prosecution on hold and do everything we can to intervene and provide access to treatment immediately."
Burns said while he doesn't believe anyone has died waiting to get into treatment court, several drug court participants have died of overdoses while they're in the program. With the new court, treatment isn't conditional on the legal process happening first, he said.
"We don't want someone to overdose and die because of a slow legal process," Burns said.
Participants are immediately assessed for their needs, which includes a level of care determination, transportation to a treatment facility, housing assistance when they're discharged, employment assistance and help addressing mental health issues. Participants are subject to drug testing, a curfew and they also do community service, Burns said.
While overall, fewer people are dying of overdoses, it doesn't mean the crisis is over, he said.


"We still have people dying from opioid overdoses both in this county and across the state every day," Burns said. "The advantage of the opioid intervention court is it allows us to focus immediately on getting people into treatment."
The court is focused on opioids because of the highly lethal nature of heroin and fentanyl, Burns said. The court is modeled after others around the state, typically in more urban areas, Burns said. It could potentially expand and address other substance abuse issues. For now, things are being taken one step at a time, he said.
"Substance abuse disorders in general are more effectively addressed through a public health system, not the criminal justice system," Burns said. "This opioid intervention court is much closer to a public health response than a criminal justice response, so I think it would be effective if applied for people who suffer from any substance abuse disorder."
Shweta Karikehalli, staff writer, can be reached at skarikehalli@thedailystar.com or 607-441-7221. Follow her @DS_ShwetaK on Twitter."
Nice, nice, nice.
Very kind words said by the judge.
Now, why is it that I do not believe a single one of them?

Not even looking at this crook's very honest looking face? 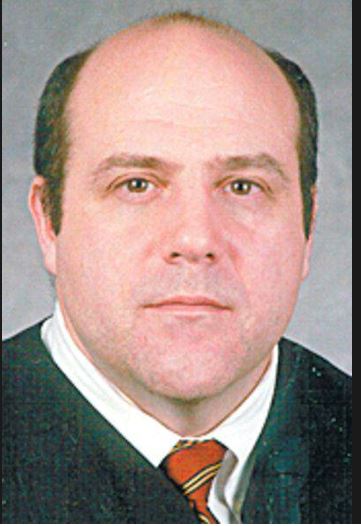 Here are some comments under the article posted on Facebook: 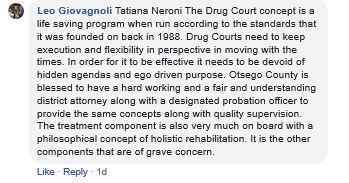 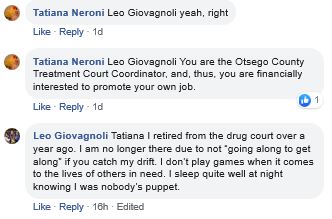 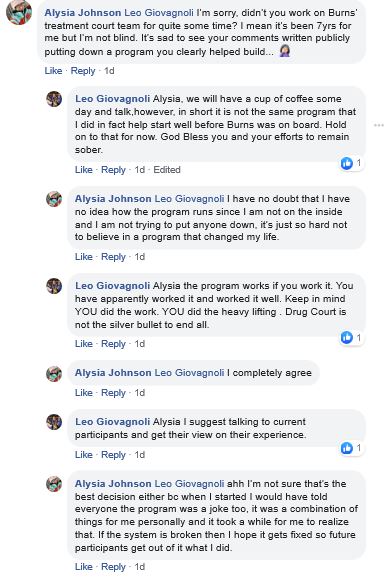 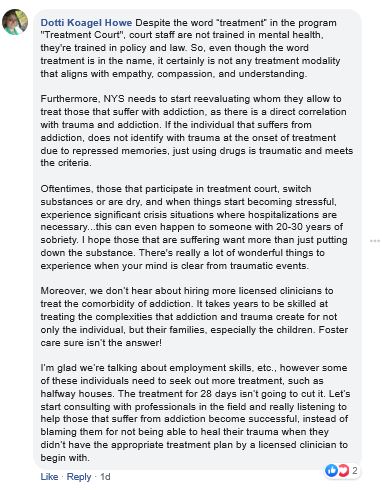 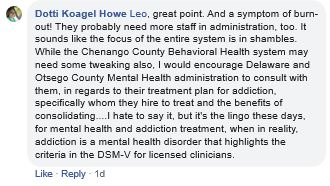 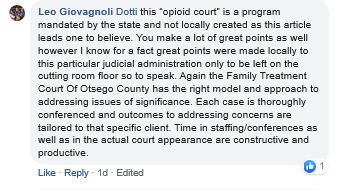 And, the input of the former Treatment court co-ordinator Leo Giovagnoli who was finally pushed out of that court because of politics, does not add anything positive to my already dismal opinion of the proponent of this "court", judge Brian Burns.
Judge Burns has the dubious notoriety of having sent a teenager to jail because his father dared to demonstrate in front of his house.

Who has hired a federal judge's own law firm to defend himself - instead of the New York Attorney General, who usually defends judges in such federal cases at taxpayers' expense - in order to have the judge (David Peebles) give Burns a break and stretch judicial immunity beyond the breaking point.

As a result of hiring the judge's own former law partner, Burns WAS actually given immunity in a criminal proceeding where there was ANOTHER judge, and where Burns was very clearly the complaining witness and not a judge.

I have written a whole chapter in my 2018 book 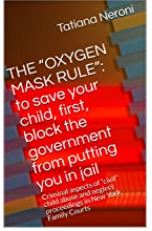 about Judge Burns' ties to the "service provider" industry, about making "treatment courts" - and Family Court - his own private business, for himself and members of "providers' association", a business funded by us, the taxpayers.

You are welcome to read it.

But, also consider the demographics of the Otsego County.

It already did not boast a boost of population, and now it is, as other upstate New York counties, is heavily bleeding population.

If, as the judge says, one person has died "while in the program" - in their treatment court, maybe, you need to fix the old one, not create a brand new one.

And, Judge Burns, as a member of the Board of Directors of association providing services court-ordered by such a "court" (by judge Burns himself) is uniquely Disqualified from presiding over the old one (treatment court) and from creating an additional one.

My question, too, is, will Judge Burns now be creating a separate court - with taxpayer money - for every different drug to which people are addicted?

An alcohol court?
An opioid court?
A pot court?
etc.?

When will it end?

Note, too, how the judge is using the failure of his own court - a person died of an overdose while in the "program" - to his own advantage and to push for stripping people Burns wants "to help", or, rather, to make them into captive patients for members of his "providers' association" of more constitutional rights:

"With the new court, treatment isn't conditional on the legal process happening first, he said."

What the f**k, excuse my exquisite French, does THAT mean?

In a new COURT, treatment is not conditional on "the legal process happening first"?

Meaning, Burns can now court-order and put under the criminal contempt of court powers, anybody WITHOUT first determining whether he has JURISDICTION over the person? Whether the person has committed any WRONGDOING (courts do not adjudicate anything but wrongdoing - as Judge Burns must know).

Or, rather, give lucrative business to his provider friends/members of his nonprofit who are suffering from bleeding population?

But, the grab-and-treat approach has nothing to do with law, does it, Judge Burns?