An anniversary - of sorts. 2 years since the historical punishment of a person for not committing a crime and for failing to express remorse for that "misconduct"

On November 13, 2017 the United States of America had an interesting anniversary - but did not commemorate it for some reason.

The anniversary was - 2 years of the most extraordinary punishment in all of the history of the United States meted out to a person in general, and an attorney in particular.

The punishment was for NOT committing a crime.

For not committing a crime of unauthorized practice of law in September of 2008, and then in December of 2008, I was stripped of my law license and livelihood.

The very first - and most serious (alleged client neglect) charge in my petition, see my blog of more than 3 years ago - charged me for: 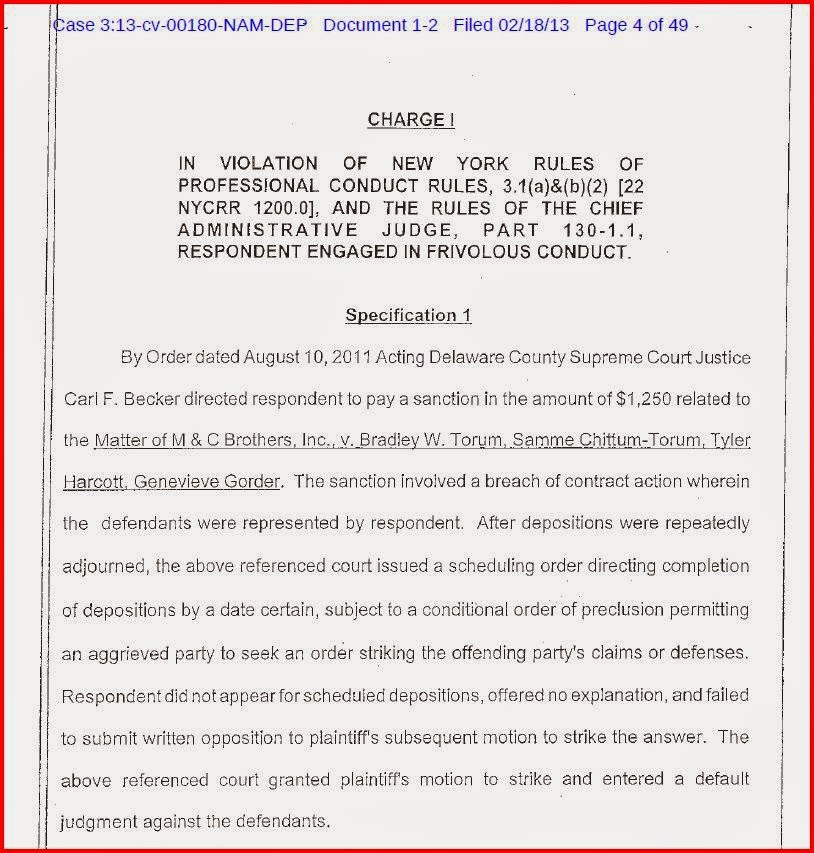 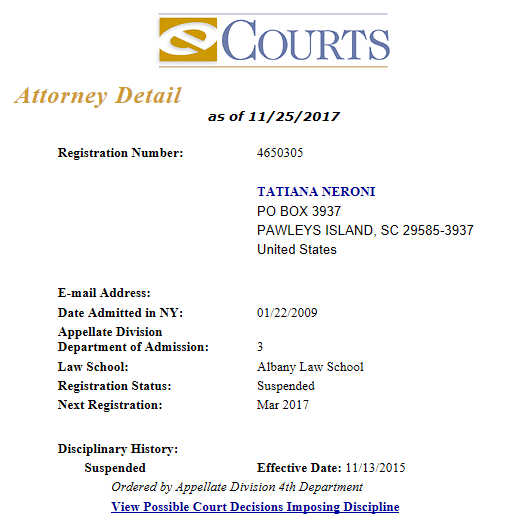 It was a task for a Kindergarten student who has just learned to read - compare the dates, see that an attorney who was admitted in January of 2009 could not possibly be an attorney of record in a case in September and then December of 2008.  READ the court documents on file before filing such charges - or prosecuting them wasting taxpayer money and taking time (and livelihood) from a busy and competent attorney.

Apparently, disciplinary prosecutors and judges on all levels in that disciplinary case failed that K-level reading test.

The government may not DEMAND of a person to commit a crime of practicing law without a license as a condition of not being suspended from the practice of law in the future.  But that's exactly what New York demanded of me.

And no, this is not a bad joke, this actually happened in my case and is documented by me ad nauseam in all courts, and on this blog.

No, not committing a crime is not misconduct for anybody, including an attorney.

Yet, NOT committing those two crimes was charged against me as attorney misconduct.

did not find any constitutional or legal problem with a setup when a person is punished by the government by stripping her of a right to earn a living in a chosen profession where I performed good and competent services for my clients, with a large portion of my services provided pro bono or for a reduced cost - and punished for NOT committing a crime.

"In determining an appropriate sanction, we have considered that respondent has failed to acknowledge or express remorse for the misconduct."

Note that the decision on liability and on discipline was made on the same date.

Which means, procedurally, that I had to "acknowledge or express remorse" for what the court did not deem misconduct at that time yet.

If you read the decision on suspension, you will not find that Charge I Specification I - charging me with attorney misconduct for NOT committing two crimes - was not dismissed.

Which means that when the illiterate court granted to a summary judgment (a judgment stripping me of my right to a hearing) to illiterate disciplinary prosecutor Mary Gasparini - it did so on Charge I Specification I, too.

Let's reread what the court said - why it considered it necessary to take my law license for 2 years (meaning forever - because the court did it without automatic reinstatement, so, 2 years have passed, but the license was not returned):

""In determining an appropriate sanction, we have considered that respondent has failed to acknowledge or express remorse for the misconduct."

Charge I Specification I charged me for NOT committing a crime on two occasions.

I did not acknowledge misconduct for not committing a crime, and did not express remorse.

For that, I was stripped of my license.

The court, of course, threw in a couple of modest phrases about my supposedly "frivolous conduct", but did not want to actually disclose what that frivolous conduct was actually
making on behalf of my clients, in one case pro bono, motions to recuse the same biased and corrupt judge (who since ran from the bench during an investigation of himself and/or the County which he represented for 27 years and with which he was joined at the hip when he came to the bench by):

As to the supposedly "frivolous conduct" as an aggravating circumstance for my suspension,

"We have additionally considered that the frivolous conduct at issue herein was not an isolated incident and involved a pattern of abuse of the legal process. Accordingly, after consideration of all of the factors in this matter, we conclude that respondent should be suspended for a period of two years."

I was not notified what it was, not by the disciplinary prosecutors, not by the court.  So - as to that mysterious frivolous conduct and "abuse of legal process" that was used as an aggravating circumstance to strip me of my law license, both the public and I are in the dark.  Just try obtaining evidence of that abuse from the 4th Department, my file is open.  You may be given what was not given to me - any documents claiming that anything will be used against me as an "aggravating circumstance" or proof of abuse of legal process.

So, apparently, the 4th Department introduced an innovation, for my sake alone - it not only
You know.

Punishment for "I will not tell you what I am punishing you for".

That kind of thing.

Due process, you said?

For such a busy court?

New Yorkers, do you feel adequately protected from a criminal defense, Family Court and civil rights attorney who failed to acknowledge misconduct or express remorse for not committing a crime, and for doing her duty for her clients, securing for them, for free, their right to impartial judicial review?


I bet, you do.
In view of this anniversary, I congratulate New Yorkers and all of us, Americans, with the level of competency and integrity - and mental health - of our judiciary.

It is, truly, extraordinary.

Posted by Tatiana Neroni at 5:29 AM