When a referee and a prosecutor cannot read...

On October 23, 2014, as I wrote on this blog before, I appeared in front of a referee in my disciplinary case, a very old man who appeared to have problem with either concentration, or retention of information, or memory, or all of the above.

We talked for some time off record, then the referee recalled that he has to say what he was saying on record, and he put on record, not exactly what he said off record, but here is the transcript: 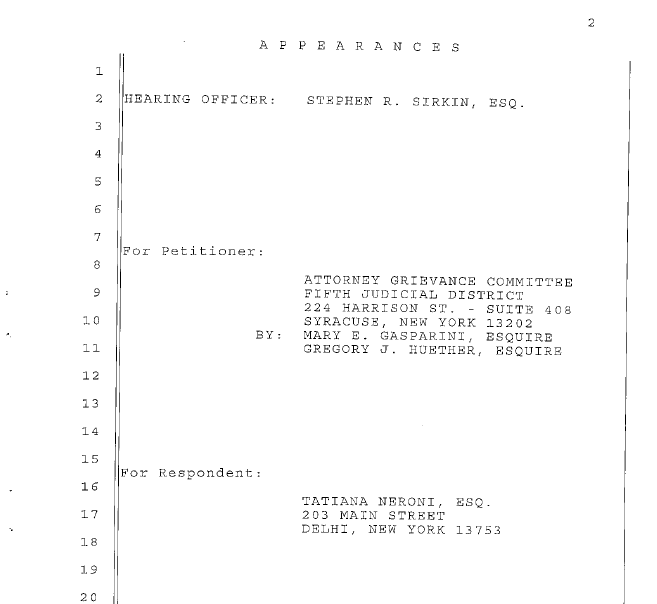 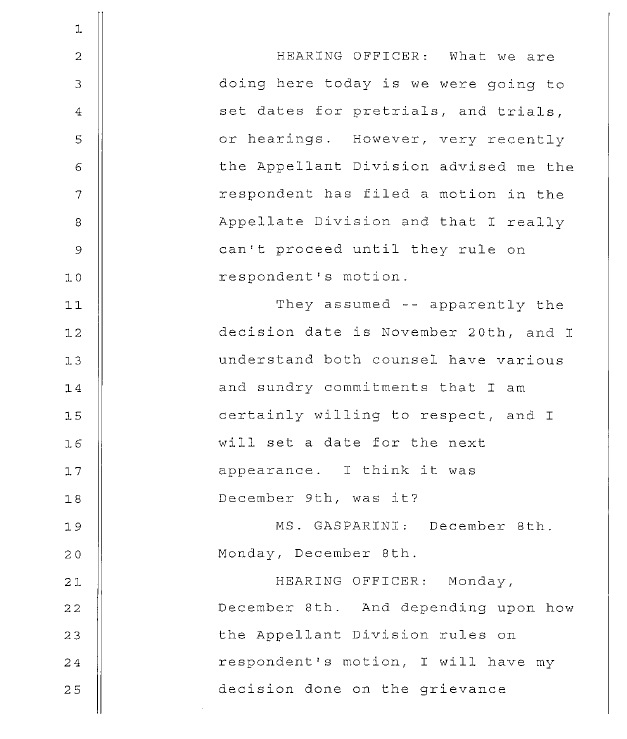 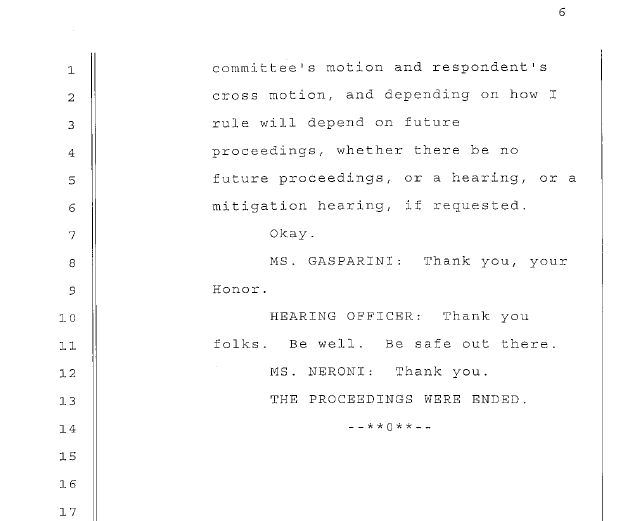 That was the sum and substance of why I was dragged to Syracuse on a 6-hour roundtrip, so that Referee Sirkin would say this to me, obviously he could not say that in an adjournment letter.

I draw your specific attention to what he said he will do next time we meet. 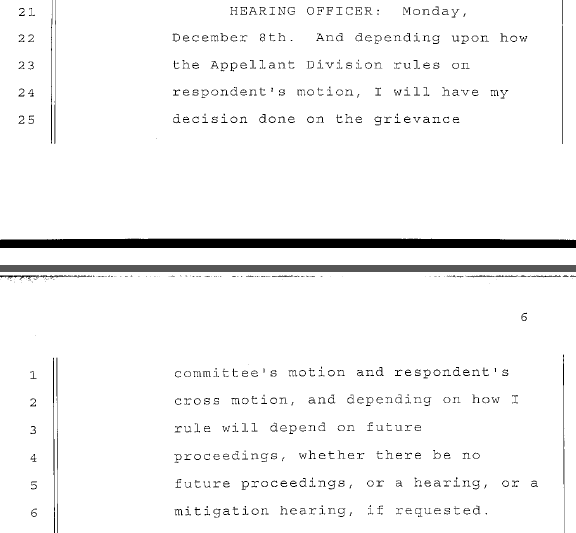 In fact, a referee in a disciplinary proceeding does not have any authority to decide motions and cross-motions, to rule on liability and to decide whether further hearings are or are not going to be held.

Here are two statements of Mary Gasparini, which are diametrically opposite to one another, and made within the SAME sworn affirmation:

That's a correct statement of the law.  That statement was in the order appointing Referee Sirkin.  Obviously, Referee Sirkin has a problem with reading and perceiving the law and orders of courts, due to his age, arrogance, or desire to retaliate against me for making a motion to disqualify him on statutory grounds and for cause.

The only authority of a referee in a disciplinary proceeding is, if issues of fact are raised on the record, to hear and report to the court about those issues of fact only.

The referee has only an authority "to report", not do "decide" or "rule" on any legal issue.

Liability of an attorney in a disciplinary proceeding is a legal issue, and Referee Sirkin clearly says in the transcript that based on his ruling, he may deny me a hearing and move to a mitigation hearing, which means he is planning to make a decision on liability, the decision he has no authority to make.

Look what Mary Gasparini says about that:

To Mary Gasparini, it is clear from the same transcript where the referee says he is going to decide motions and cross-motions and, possibly, deny me the right to a trial which was ordered by the court, that the referee did nothing wrong.

Mary Gasparini does not see the referee exceed his authority, even after she correctly states under oath what that restricted authority is - to hear and report on factual issues only.

Mary Gasparini is paid enormous amounts of taxpayer money to protect the public from attorney misconduct.

Yet, instead of doing any due diligence on cases she is working on, cases where she holds livelihood and reputation of attorneys and their families, and attorneys' ability to work at all, since disbarred attorneys are pretty much unemployable, Mary Gasparini, on state time, prefers to go speak at private CLE seminars to teach other attorneys about attorney ethics.

Yet, Ms. Gasparini advances mutually exclusive arguments to the court and considers that ethical.

Ms. Gasparini, obviously, would have benefited from a couple of those CLE seminars on ethics, at her own expense, of course.

Yet, that might not help, as all the "ethics" that are governing Ms. Gasparini's conduct is impunity.  Once again, who is going to discipline her for apparently unethical behavior - herself or the court that she is the "auxiliary" of?